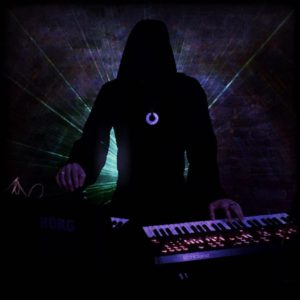 Those of you who have delved with me into the mysterious musical phenomenon of dungeon synth (DS) should be familiar with Grimrik.  His list of accomplishments since entering the current DS scene a few years ago is already impressive:

OK, so all of that is great.   However, there’s a lot more to this story than you would think.  For example, did you know that Grimrik is an OG black metal bro?!  Even though it seems like he has only recently been active, he’s actually been in the game since 1993!  It appears as if his musical career started when he was in high school, playing in a black metal band (using the pseudonym Werwulfr) called Skurgoth.  Sadly, it appears as if Skurgoth’s music has been lost in the mists of time, as they apparently only recorded a demo before discontinuing the project in 1996. 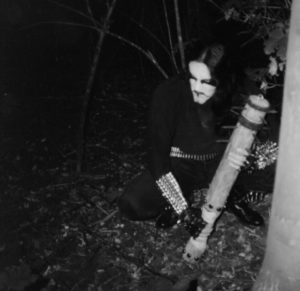 Undeterred, Werwulfr carried on (and dropped his pseudonym by just using what is either his regular name or a nickname, Erik) with two new projects, Dysterwald and Nazgûl.

Thanks to Devilforst Records’ Bandcamp, Dysterwald is the first of Grimrik’s recordings that we can actually listen to (as of this writing).   Released 19 years ago on cassette, Dysterwald was a band that Grimrik (Erik during this time) formed with a dude named Narghor in order to spread pagan black metal across Germany.   So listening to Dysterwald now, how does it hold up?  Opening with the obligatory dungeon synth-esque intro track “Einleitung”, the band immediately gets down to business with some hypnotic, slow-paced black/pagan metal with both harsh and clean vocals, midi keyboards, and a sound that kind of reminds me of a mix between like Burzum and early Ulver.  While it’s definitely raw and demo-quality, I really dig it!  Yeah, occasionally the keyboards are a little too cheesy (“Im Geist”) and the production is a little too raw (the guitar intro on “Glorreiche Rache”) for my taste, but overall the atmosphere is great! Also, Grimrik’s (“Werwulfr”) drums sound just right in terms of production and execution, and the songwriting is enjoyable.   I don’t know…I hate writing record reviews!  Just check it out for yourself!  Recommended tracks: “Stolz”, “Heidnische Hymnen”.

As for Nazgûl, apparently  released a cassette demo, Ash Nazg Durbatulûk… in 1996 and then split-up later that year.   A digital version used to be available on their Bandcamp (I wrote about it here), but I guess now it’s not available for whatever reason (maybe legal/copyright issues?).  HOWEVER, rumors are spreading among denizens of the dungeon that Grimrik is working on new Nazgûl material, and that also 2016 the 20th anniversary of the demo… so maybe we can expect something really fun later this year! 😉

Around this time Mr. Erik also started drumming for a mysterious band by the name of Eternäl Fröst and planned on formiing a new band (with Narghor) from the ashes of Nazgûl and Dysterwald called Arath.   However,  by the end of ’97 it appears as if he had stopped releasing music altogether!   What!?  What happened??  And why is he so prolific now all of a sudden, 20 years later?

Erik, now going under his present moniker, Grimrik, decided to re-enter back into the black metal scene sometime around 2010/2011 by resurrecting Arath, this time with a mysterious entity by the name of Murgrind (more on him later).   Apparently, Grimrik and Murgrind both decided to not dive deep into black metal immediately, instead preferring to just dip their feet in the water this time around with some dungeon synth for their first release.   The result of this unholy union between Grimrik and Murgrind is Arath’s self-titled (2013) debut, now a true (and long out-of-print) classic of the neo-dungeon synth scene! 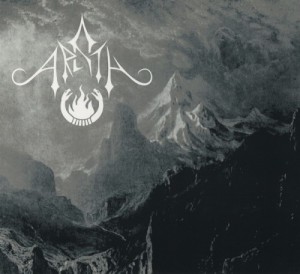 However, how was Arath to be introduced to the masses?   These dudes knew that this music was something special, and weren’t content to just release it on Bandcamp and just call it a day.   No, instead, Grimrik and Murgrind decided to forge a label of their own- Deivlforst Records!  I actually wrote a piece on on the label last year, and you can read about it here. 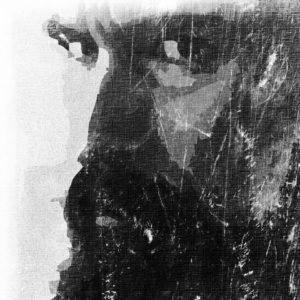 “Bro, have you even READ Arktos??”

Around this time it seems that both Murgrind and Grimrik acquired former member Narghor (now going by the name of Solvalt, who, I forgot to mention earlier, is in fact Marcus “Makki” Riewaldt, current member and tour manager of the mighty Equilibrium and ex-bassist of Suidakra) and decided to make Arath’s second album a black metal (BM) release.   Alternating between DS and black metal is kind of a risky move in the DS scene.   While it’s true that a lot of black metal artists often include goofy DS/ambient tracks on their albums, for some reason whenever DS artists try to incorporate metal into their music it almost always sucks (just go to Bandcamp’s dungeon synth page and listen to any of the BM/DS crossover artists (especially in the “new arrivals” section) and it’s usually pretty fucking terrible).   Anyway, Arath’s second album, “Ungedul”, is actually good!   It reminds me a lot of Summoning’s first album, “Lugburz” (1995), or maybe even Abigor’s earliest stuff. 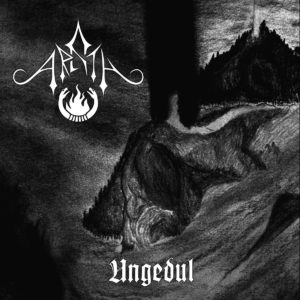 So if Arath was going to switch from DS to black metal, then how were we supposed to get our DS fix?  Murgrind decided to take matters into his own hands by creating a self-titled DS album of his own!   Not to be outdone, our man Grimrik also released his own DS album, titled Eisreich (2014).  Grimrik has discussed in a recent interview about how the album is heavily inspired by “the arctic/polar myth”, which entails the possible “primordial origins of mankind”.  I’m pretty sure he’s talking about this, although it’s important to note that he has stressed before that this isn’t from a political/racial perspective and that it does not support any extremist ideas or agendas.   I’ve actually started reading this book because of this album, as I feel it will help me get more “into” the music while also reading about an interesting subject!  While it’s unknown how much Grimrik truly believes in these theories or just finds the ideas purely inspiring from an artistic point of view, I definitely agree that this sort of thing really gets your imagination going and could truly inspire a lifetime of artistic works!   Really fascinating stuff. 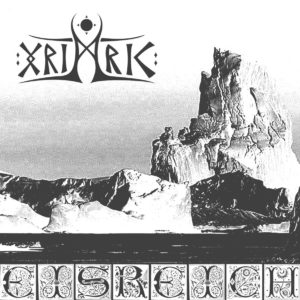 He even also released a follow-up album, Die Mauern der Nacht, the following year!   So what’s the deal with that??     Being the lazy fuck that I am and also not wanting to repeat myself, you can actually read my thoughts about all of these Deivlforst releases here and here.   Suffice to say, it’s a fantastic fucking album and highly recommended, especially if you like sci-fi ambient stuff. 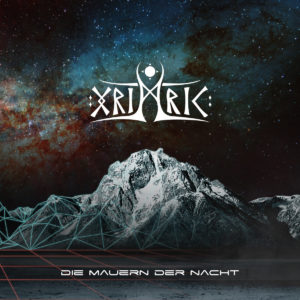 A lot has been said about the music Grimrik has created with his own solo project and Arath.   However, did you know that Grimrik is also a bad-ass producer and engineer as well?   Indeed, it appears that around the time that he got back into music in the early 2010s, he began to put his mixing and mastering skills on display, and up to the time of this writing has actually mixed all of his own music as well as Arath’s, as well as mastering several other artists’ works as well (including Murgrind, Sviatibor, Medhelan, and Wolcensmen (who also has an upcoming full-length later this year!), in addition to restoring the audio and remastering Splendorius‘ classic Norfaragell Thul (2014) and the excellent Taur-nu-Fuin (2016) by Thangorodrim.   OK, you may think, not bad.   However, Mr. Grimrik is also a visual artist, having created both his own and Arath’s logo, as well as layouts for various Devilforst artists. 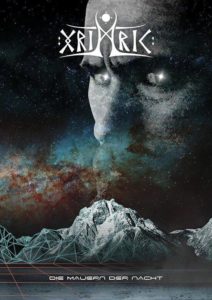 “This is all great, Wulf, but how does it impact ME???” you might be thinking (besides now also needing to take a month off of work to check out all of the stuff I’ve been talking about!).   Well, Grimrik doesn’t just make dungeon synth and graphic design…the dude actually takes time out of his busy schedule to frequently update his own Facebook artist page with all sorts of cool info and advice about synths, recording, mixing, and mastering, so you can actually get a lot of of great info by following him if you have your own DS project or are just interested in this stuff in general.   You should check it out!

As if all of this wasn’t enough for one artist / collective to do and manage, the Deivlforst bros just released a music video for the song “Im Freien Fall” off of Die Mauern der Nacht.   It’s important to note that this isn’t some wack animation or just editing pictures, this is a real filmed music video – and arguably the first legit DS music video!!   Check the video out below, you’ll pretty much get the idea of what this guy is doing and how he’s mixing various genres without losing his dark and mystical roots…

Anyway, so here we are now at the present.  I actually wanted to interview Grimrik for this article (especially since he released the fantastic Die Mauern der Nacht only late last year, but unfortunately the mighty Barbarian Skull webzine beat me to the punch.   Seriously, whoever is behind this really has their shit together when it comes to interviews and overall DS coverage, because just when I think I’m getting the drop on an up-and-coming artist, ol’ Barbarian Skull just cuts me off at the pass.   So anyway, for the sake of originality, that’s why I decided instead to write a Dungeon Synth Exploration piece focusing on the man himself. 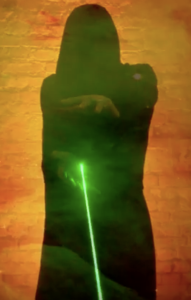 If you fuck with Grimrik, this will be the last thing you see!!

So what is Grimrik up to in the coming months?

Well, it appears as if he’s also doing some mastering/re-mastering for upcoming Deivlforst Records releases.  This is great news, because Devilforst has a great roster (even if it is a bit small at the moment), so anything from any of their artists (or perhaps some new ones not yet announced!) is always welcome news!

As for the music of the Grimrik project, it’s on ice for a little while as he concentrates on these other projects we’ve talked about, including the third Arath album (!!) and some other “secrets”, which sounds pretty juicy.

Finally, he told me that we can expect a new Grimrik record in 2017.   It’s going to be interesting to see where he takes the album both stylistically and conceptually, as I would argue that it’s possible he’s becoming increasingly esoteric and abstract with the themes of each album (at least, based on the two that he’s released so far).   So, I guess what I’m trying to say is that it will be cool to see where he goes next!