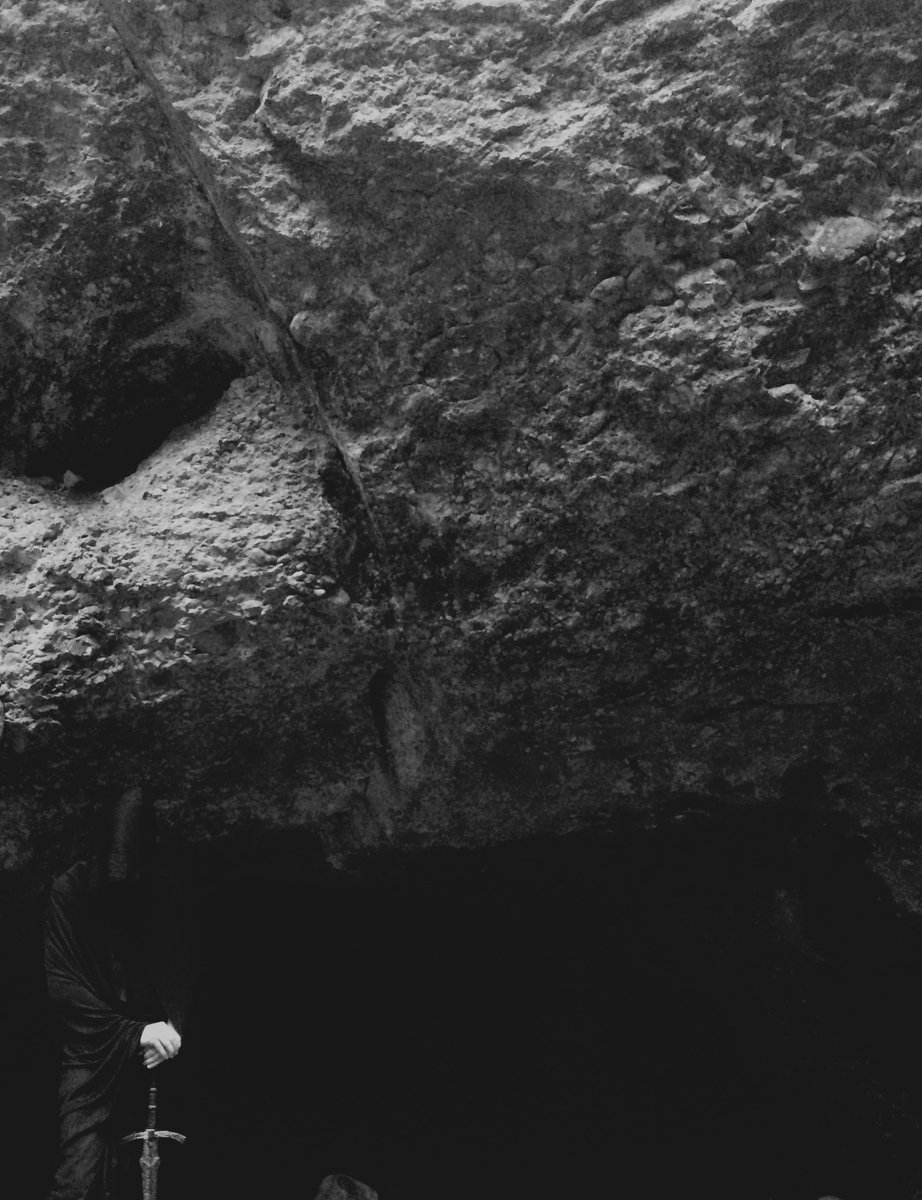 As I’ve stated in other posts, when it comes to neo-dungeon synth, it basically boils down to two schools: the more “traditional”, old-school approach that mimics the classics (Mortiis, Wongraven, Graveland intros/outros, etc.), and the more “experimental” stuff which still seems to fit into the genre but strays from the traditional style.   While I’d say that most of the dungeon synth coming out nowadays tends towards the latter, there are those brave artists who dare to emulate the former while still crafting their own original tunes, a difficult challenge indeed!    One of the hottest new dungeon synth artists to emerge in 2016 is among these DS artists braving to attempt the former.  Hailing from the forsaken village of Prescott, Arizona, not much is known about the mysterious entity known as Thangorodrim.   My Silmarillion knowledge is shaky, so I’ll just leave a link to the Lord of the Rings Wiki herein case you want to read more about where his name comes from.

Anyway, it’s immediately obvious right off the bat what the dude is going for…this is pure Era I Mortiis worship at its finest!   While you could argue that yeah, it’s not that original or innovative, there are plenty (such as myself) who DON’T GIVE A FUCK and can never get enough of this stuff!   As someone who wishes Mortiis had never “evolved” past Era I, I couldn’t be happier that there is an artist out there who not only picks up right where Era I left off, but also does it in a way that successfully captures the magic and atmosphere that made those albums so special.

OK, so you get it, his music sounds like classic Mortiis.   So how about some info on the actual artist?   Well, unfortunately, pretty much all I have to go on in this exploration is his music.   The dude has virtually NO social media presence whatsoever aside from his Bandcamp (and no, it’s not this Thangorodrim, an occult rock band from the Bay Area), which contains ONE promo pic of Thangorodrim, himself (not including what I’m assuming is also him on the cover of his 2016 full-length debut, Taur-nu-Fuin).   And…that’s about it!  Very mysterious indeed…

Before releasing his full-length debut, Thangorodrim released an EP earlier this year- Towers of the Teeth. 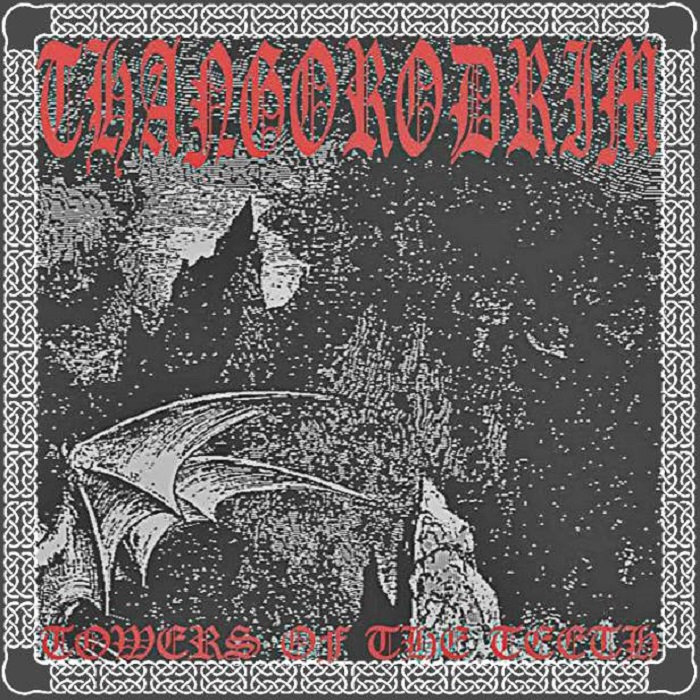 While it’s not quite as good as the Taur-nu-Fuin full-length, it’s still way better than most other DS out there, and is a great hint at his potential.  I honestly can’t tell if I would be super into this or not if I heard it when it first came out just because Taur-nu-Fuin is so fucking good that this just seems like a band’s demo compared to their much higher-quality studio LP or something.  Both compositions and overall atmosphere on Towers of the Teeth are still pretty good, evoking a typical, lo-fi atmosphere of a forgotten, sorrowful, yet majestic land.  The problem I’d say is that there are some good ideas here, but the songs themselves seem too heavy on providing an “atmosphere” or scene without a strong or compelling narrative to go along with it.  It just doesn’t quite grab you, and the production quality is a bit too distracting due to its fairly primitive sound (which some people fucking love, but it’s a bit too much for my taste).  That’s not in any way to that this sucks or isn’t worthy of your time!  It’s still good stuff!  It’s just not quite “there” yet…but for sure shows promise. 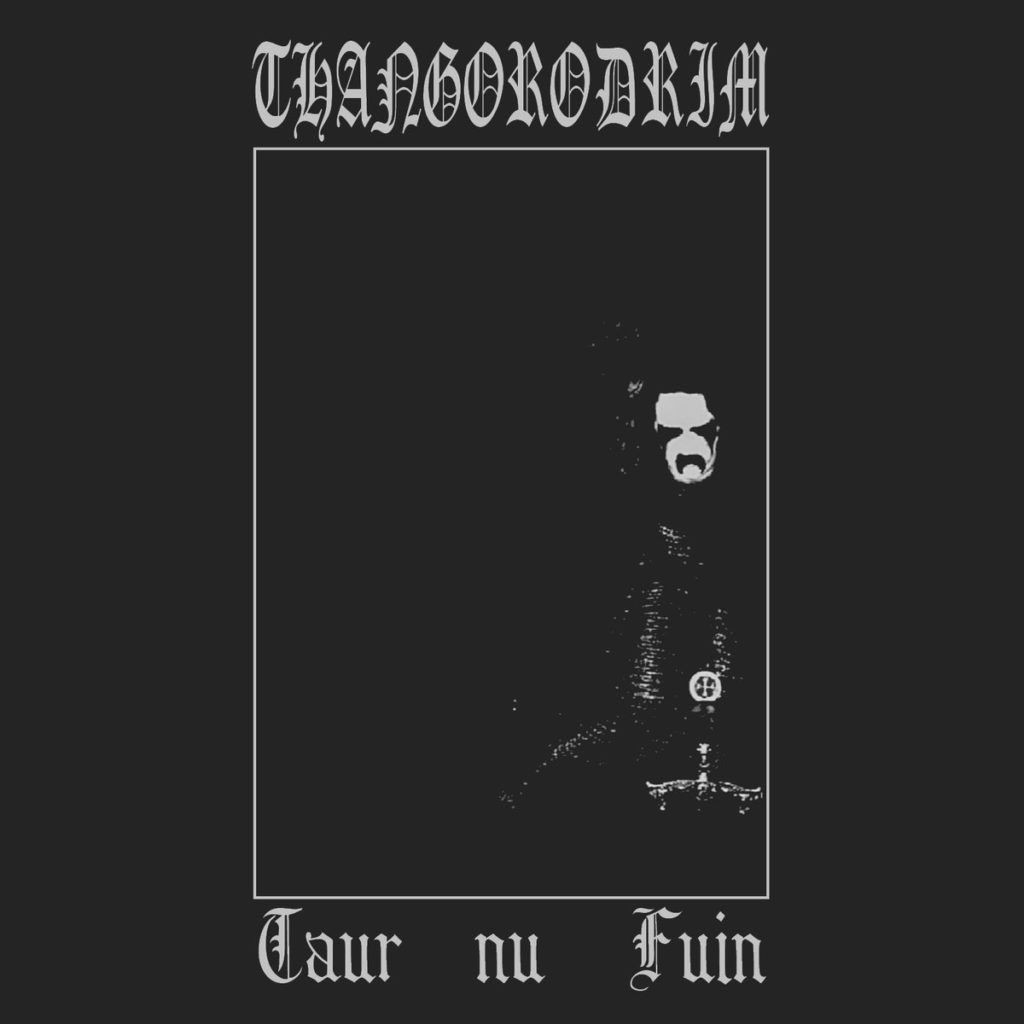 Oh man… what an album!  Channeling everything that old-school DS fans love, this album fucking blew me away.  Don’t be fooled by the album cover, this isn’t some shitty raw one-man black metal band demo, but is instead easily one of the greatest DS albums of all time!!

It would be very easy to mistake this for (Era I) Mortiis.  Not only do the melodies, songwriting style, and production sound like him, but Thangorodrim even includes those vocals (that are almost impossible to decipher in terms of what is actually being said, btw) that have that weird effect that makes it sound like it’s echoing down from the top of a mountain via a loudspeaker or something.    It just got that old-school, epic, funerary dirge-like atmosphere that completely fills you with a powerful sense of wonder and majestic grandeur.   THIS is exactly what is missing with most DS these days, as honestly 95% of it is complete crapola.  Not with this.  The songwriting is perfectly paced, and the way it flows really allows for your imagination to wander.  It truly encapsulates the feeling of exploring a place of ruins that still maintains a sense of a kind of forgotten beauty.    Each song also has a similar mood, but still has melodies that are unique and memorable so that it makes the album feel coherent, but not repetitive.  The recording and production quality are simply top-notch. Truly a masterpiece.  Quite possibly the DS album of the year!!

In terms of thematic content and concept, however, I am reminded much more of Summoning than Mortiis, as Thangorodrim’s music is heavily inspired by the works of Tolkien (of course).  Honestly, because so many metal bands and DS artists find Tolkien’s stuff so inspiring, it’s unfortunate that I’ve neglected to explore his universe outside of The Hobbit and The Lord of the Rings.  Perhaps that is something I’ll look into this evening… in the meantime, I’m still enjoying the hell out of this album, and I hope end up digging it too should you happen to check it out!