Extreme Fecal Impaction – Music from the BOWELS of Hell!! 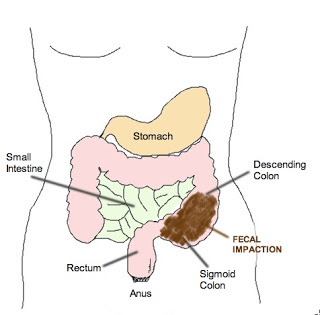 A fecal impaction is a solid, immobile bulk of human feces that can develop in the rectum as a result of chronic constipation.” – Wikipedia

Sounds pretty metal to me.

This is going to be a short post since the team here at MI are busy compiling some cool stuff for you that we’ll post in the near future, but I just wanted to put this out here:

Have you noticed that almost every gore-themed metal band is either death metal or grindcore? Obviously, extreme violence involving various bodily functions lends itself well to DM and grind’s music and overall aesthetic (and wouldn’t work for say, something goofy like power metal or black metal), but what about doom metal? Obviously we’ve all experienced countless times where the perfect soundtrack to our time in the toilet would have been “Rampage” by Mortician or pretty much any song by Disgorge (from Mexico, DUH), but I’m sure we’ve all been there when the musical equivalent to a brutal dump is less Abosranie Bogom and more along the lines of, say, Wormphlegm:

Not only do I feel like this song perfectly captures what I would imagine to be the blueprint to Gore Doom as a metal subgenre, but it’s literally the best soundtrack to my favorite movie of all time, (80s version) Conan the Barbarian (besides the actual OST, of course). I can’t remember exactly how I synced it up in the past, but I remember even my friends who aren’t metal fans had a blast with this…highly recommended as a follow-up activity after drinking 20 Miller High Lifes with your bros while watching Road House completely naked in the summertime.

Anyway, Wormphlegm is definitely the closest I think we’ll get what I’m talking about in this post, although they do have lyrics that touch on the concept of going #2 on their 2001 demo “In an Excruciating Way Infested with Vermin and Violated by Executioners Who Practise Incendiarism and Desanctifying the Pious”, but this involves the complete opposite of constipation. Also, with band members touting stage names such as “Conqueror Worm Grubgorge Pestilent Diarrhoeator” and “Apostatic Excrementor”, these guys obviously have an anal fixation. If only they hadn’t split-up in 2006 maybe they could have realized the errors of their ways and noticed that as far as bowel movements go their sound is much more suited to someone feverishly attempting to relieve themselves rather than just singing about diarrhea like every other gore metal band. Sigh.

Seriously though, I think someone should seriously consider it… at least for one demo. Similar to my idea of a one-off split 7″ consisting of metal bands whose lyrical themes involved being frustrated over not being able to decide on which sex or gender is more sexually desirable (a post for later, maybe?), I really think a one-song, 30-40 minute long demo entitled “Music from the Bowels of Hell” by the world’s first (constipation-themed) Gore Doom band, Extreme Fecal Impaction, could really be cool!! I think it’s a subtle variation (constipation) on a subject (poop) that’s been completely unexplored in a genre that’s obsessed with its cousin, diarrhea. I know blast beats best fit the image of a a mammoth splatfest, but we shouldn’t ignore the imagery that funeral doom can bring to the table (or toilet).

Just think about it– a gore/doom metal filled with tortured vokillz of agony, extremely down-tuned guitars, samples of bodily fluids and documentaries detailing bizarre medical anomalies, crushing bass, and drums to make your ears bleed as you beg for some kind of a release.  Who knows, at the end of the 45-minute long dirge you could finally have 13 seconds of really brutal, disgusting, sloppy grindcore (which could thematically be interpreted in several ways). For those of you starting a metal band, this could be the gimmick that rockets you to fame and fortune (or at least semi-notoriety on metal-archives.com).  Anyway, just wanted to put it out there! 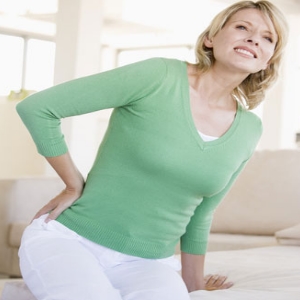 With a little bit of work, this would make a great album cover!!

Bonus:
I mentioned them earlier, but although Abosranie Bogom are really bad I’ve always felt like they had pretty brilliant song titles. Some of my favorites from the 2003 masterpiece “Coprotherapy” LP:

“Satisfaction From Sipping a Glass of Steaming Stool”

“No, That’s Not Chocolate, My Dear”

“The Fear of Flushing”

“Clinical Death of an Excrement”

“Castration of an Uncircumsized Excrement”

And to end, one of my favorite song titles EVER (from their 1999 “Isus Pokritiy Ponosom” demo):
“Someone Crapped”

Extra Bonus:
One time I was driving around smoking weed with Tony D. AKA Tony Bologna and even though he wanted to listen to Dream Theater I just was not having it, and insisted on putting on “Enema Bulldozer” by Cock and Ball Torture:

Tony was so grossed out that he had to go home because he literally felt nauseous after the song was finished. Mission accomplished, CBT!!

Phew!! Now I’m starting to feel grossed out after typing all of this! Here’s some Dragonland to “clear the air”: