Interview with Wizard of Accursed Wound!! 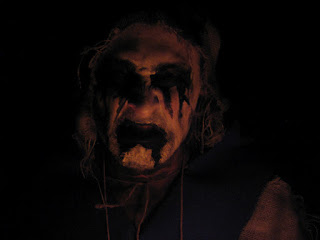 Interview conducted via email in August, 2012.

WULF: To my knowledge, this is the first Accursed Wound interview…tell us a bit about the band as far as its origins and its members. What do you hope to accomplish as a group?

WIZARD: Thanks for having us!! The band is relatively new, we’ve been playing together for a year now. Aaron (Orc) and I (Wizard) have been musical cohorts for a while now and share a passion for all types of metal. We recruited our friend Dean (Aeden) specifically for this project, he’s insane. We met Simon (Grimhilt) in a tavern during our travels and he joined our cause. Sei played keyboards for us on the record but isn’t a regular member, Aeden might take on that role for live shows. As far as a band goal?… We’d like to continue putting out fantasy themed black metal records and possibly some ambient instrumentals.

WULF: While I hate asking about a band’s inspirations as it’s usually the same answers every time, I’m curious as to what are some of Accursed Wound’s main inspirations, both musical and literary?

WIZARD: I really can’t speak for everyone on this front, however, I can say that we all love hard science fiction and fantasy and we are all very much into dark themed role-playing games. Musically, me and Aaron were big into thrash, grindcore, sludge and extreme shit in general but also loved the emotional power and dramatic effect of classical music… Prokofiev, Bartok, Holst, Stravinsky. So the obvious next step was to put out something close to symphonic black metal, we are big fans of the greats like Dimmu, Bal Sagoth, Nile, Emperor. We gave it our best shot to put forth an authentic sounding record that could tell a tale we could all agree on, so naturally dark fantasy. Thanks for that question.

WULF: Your lyrics involve grim tales of dungeon exploration, morbid sacrifices, demons, trolls, the undead, etc. Would you care to elaborate what drives you to record such macabre visions, as well as perhaps some of the overall themes depicted on the album? Does the band promote a specific philosophy or message? What is the most ideal way for the listener to experience your music? 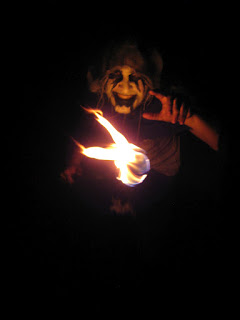 WIZARD: umm… Some of the lyrics are sort of compiled fragments from old D&D campaigns I’ve played. But the majority of it is basically a story of a necromancer or lich from the underworld who is gaining power on the surface, destroying villages and raising an undead army. The trick of it all is that a spell has been cast, so while humans are fighting their above ground crusades, the undead army is growing, when the dead are hauled back into the city they awaken and ransack the place. There’s also a bit(Dungeon Crawling) on heroes who have been contracted to venture down and kill the Lich only to be raised as undead warriors themselves. So yeah, i’d love to see this made into a film… or better yet a D&D adventure module. Maybe we’ll include a module with our next record!
…And finally i would say first that the best way to listen to any metal record is to read the lyrics along with the music, I remember doing this with Butchered at Birth when I first got into metal, because i couldn’t understand the words. It made the record awesome and more listenable for me. I’d say Listen to Embrace the Forge in a low light subterranean environment.. or driving recklessly at high speeds. Nothing in between. haha

WULF: Are there any future plans to perform live or tour? What is the black metal scene like in your region of the US, and do you associate with it?

WIZARD: We have played this material out live only twice and since the band is kind of spread across the country right now we don’t really know. A regional tour is definitely something we’d like to do, though it might involve new members or stripping down to a smaller group. Regardless of the difficulties there will be more live shows. We are’nt really involved in the scene here, since we are so new, but there’s definitely a lot going on here in the bay area, of course classic thrash and garage but also some pretty sick heavy metal.

WULF: Braden Young mixed your album, who is he and what is your connection to him?

WIZARD: Basically we know him through Simon(Grimhilt). Three of us were already going to be in Lawrence, KS (where we grew up) over the winter so we just asked him to record us and he agreed. It was pretty strait forward, we played through the songs and then overdubbed our parts again. Braden was really particular about perfecting all the parts, I think it made the album alot more solid. The whole project definitely woundn’t have happened without him. He also hooked us up with Brommer, who did the cover art.

WULF: Besides any possible live shows, what are some of the band’s future plans? Do you have any more music on the way?

WIZARD: We have 8 songs that still need to be recorded so look forward to that. Definitely the ambient stuff and of course adventure modules! I’m really considering that right now.

WULF: Thanks so much for this interview!! Any final comments?

WIZARD: I guess I would say to all the metal heads and metal musicians out there, keep listening to and creating stuff that you believe in. If you believe in that candy coated corporate shit then good for you, but know that you’re seen as a fan of easy listening. Thanks Wulf. 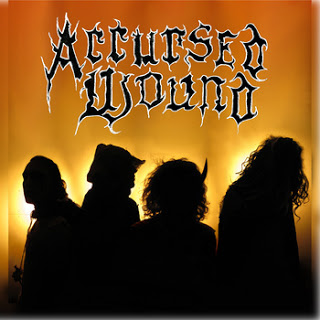