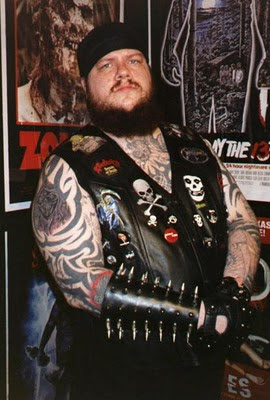 WULF: Tell us a bit about yourself…who you are, any info about your bands, the scene in your hometown, etc.

BOB: My name is Bob Macabre. I started back in 1993 with my guitar teacher at that time who did the drum programming. I also worked on some things myself at that time and continued to develop my sound. Some things I didn’t have a name for but kept recording. These items eventually became part of my Chainsaw Dissection project. My different styles became parts of my different projects: Goatbleeder, Dog Mulch (early project), PHD, etc. My main projects at the moment are PHD and Chainsaw Dissection. The scene around here SUCKS! This is true even living about 40 miles outside of Pittsburgh. No one really plays around here and to see anyone I would have to go to either Ohio or Philly. If I’m lucky, sometimes they’ll play small bars around Pittsburgh, but don’t usually find out till the day before or after they have played.

WULF: You have recorded a ridiculous amount of music in the past 7 years or so…how do you find the time to do all this stuff!? You recorded EIGHT full-length albums in 2010 alone, not to mention demos, eps, splits and what-have-you. What fuels your inspiration to record so much stuff? I know that you’re a big horror movie fan judging by your promo pics, but what else is going on here?

BOB: Most of the stuff written isn’t 100% true. A lot of the songs were recorded years back, but YouTube, MySpace, and Facebook were not around back when I did them. So my songs have grown over the years, and really only friends that were into this music were the ones that heard them. Basically, a lot of the CDs that came out in one year were like a “re-release” because they were recorded back then but just never out there. I kind of did a release every other month and that’s why it seems like there was a lot out there at once. Honestly most of this was done over a 10 year period, but technology wasn’t there to help me get it out there when these were originally recorded. I took advantage as soon as it became widely available. My inspiration comes from just about anything. I really enjoy recording music like people enjoy reading or playing video games. Sometimes I can hear or see something, and I get an idea. The ideas can just come from anywhere. I do get ideas from horror movies and am I big fan of movies from the 70s and 80s. Just kind of go with the flow when I idea comes to mind. Sometimes the ideas are good and other times not so good. I’ve recorded full length CDs and have hated the end project and they have ended up in the trash.

WULF: Clearly, you’re into death metal, goregrind, and black metal. How long have you been into this kind of music?

BOB: I’ve been listening to death metal since I was like 10 years old. I started listening to Possessed, Death, and Napalm Death, but I also like bands like Judas Priest, Iron Maiden, and Slayer. Black Metal for me was like the mid-90s with Emperor and Mayhem. Goregrind was about the same time in the 90s. 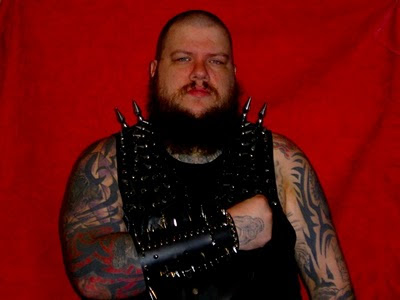 WULF: According to metal-archives.com, you have SEVENTEEN projects you’ve
recorded music for…which of these would you say is your “primary” band, or do you have one?

Pretty much Chainsaw Dissection and PHD are my main projects followed by Satanic Impalement. Others were just experimental projects to see what I could do that didn’t fit into my main projects. With those I wanted to try some different guitart tones, drum patterns, and vocals but didn’t want them associated with my main 3.

WULF: If you had to critique your own music, which would you say are the
strongest of your bands? Are there any albums you had any difficulty recording, or specific songs you found particularly challenging to compose
and/or record? How long does it take you to compose, say, a full-length album?

BOB: My strongest are Chainsaw Dissection and Psychotic Homocidal Dismemeberment (PHD). Since I’ve been recording for so long, I can’t recall off hand what was more difficult. I feel every album presents a challenge in of itself. Just trying to find different tones or sounds so I’m not producing the same thing ever album. Even if it’s just a little different. For recording a whole album, I’ve done one in as little as a week and it has taken me as long as a month and a half. It just really depends on how the creative process is working for me at the time. Some times it’s just easier than others. My mulitiple CDs have taken longer, like my Chainsaw Dissetion 8 CD set took me about a year to pull it together.

WULF: All of your bands are composed of only you as the sole member. Have you ever attempted to incorporate other musicians into your
bands, or do you prefer the “one-man band” approach?

BOB: I prefer the one man band approach because I can do what I want when I want to. I don’t have to worry about relying on others to be here or not show at all. But, I am working on a Black Metal project called “Perception of Hades” with Mike Scrivens from Malignant Decay. And we’re also doing a Death Metal project called “Ghoul Necropsy.” 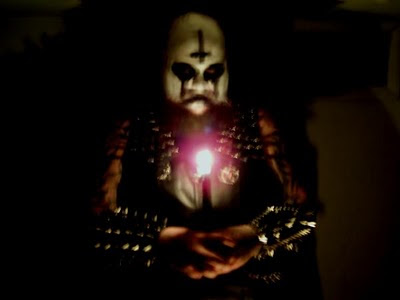 WULF: Have you ever performed live? If you haven’t, is this something
you envision happening in the future?

BOB: I have never performed live, but if the opportunity came about, I would do it. I have no idea where I would play around here. Maybe I’ll have to go to New York sometime and Mike and I can perform together!

WULF: Are you a self-taught musician? Would you care to tell us about
your equipment, recording gear, etc.?

BOB: No, I took guitar lessons when I was younger who helped me with my early stuff. I use a Crate amp, Marshall Half-stack, BC Rich guitars along with some others, variety of distortion pedals, 16 track recorder and burner. Plus my basses and drumm machine.

WULF: What gets you in the mood to record all this sick shit?! Is it a real serious process for you, or is it more laid-back with maybe some beer or a joint?

BOB: I take it seriously but don’t take it overly seriously. I like to be professional about it. I enjoy recording but don’t angry if something’s not working out right. I go back till I get it the way I like or just take a break and go back to it later. Yeah maybe beer sometimes or a little Jack ‘n Coke to get the ideas flowing. 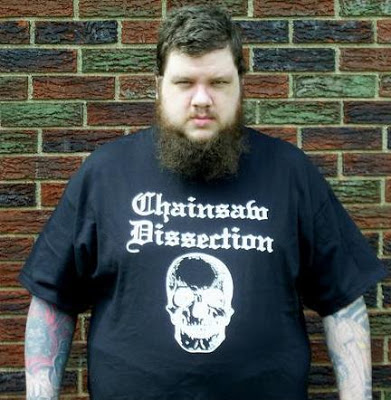 WULF: Plans for the future…any new music and/or any new projets? If so, are you going to experiment with any new styles of metal, like
thrash or doom? What about experimenting with new genres outside of metal, like ambient, punk, or electronic?

BOB: The new stuff with Mike mainly. These are the main two I’m concentrating on at the moment as well as maybe a new PHD CD or maybe even a brand new project. Just depends on where the ideas take me right now. I have done a thrash project called Brutish Creation and a doom project called Funeration. I like punk but don’t think I’ll really ever do anything with that. I like the Mifits and Ramones, but not something I would record. Ambient stuff is fine but also not something I would record. I don’t like electronic stuff.

WULF: Thanks for taking the time to answer all these questions, man. Any last words?

BOB: Thanks for the interview and here’s my links for more information about my projects:

Check out most of my stuff on YouTube: www.youtube.com/user/macabremastermind 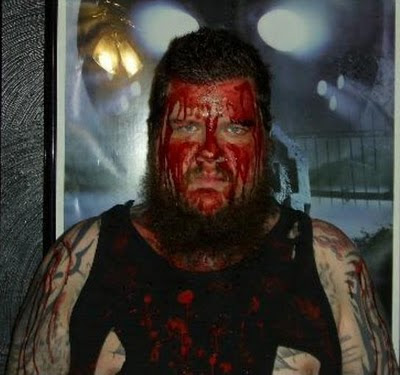