Interview with Chrigel Glanzmann of Eluveitie!! 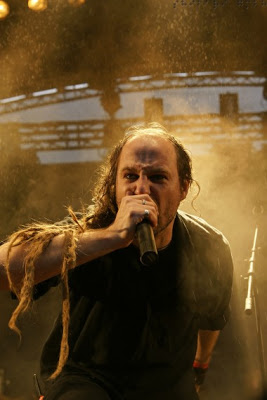 ELUVEITIE OFFICIAL MYSPACE
This interview was actually supposed to take place a day or two before, but due to Eluveitie getting mixed up with all the time zone changes (at the time the band was in the middle of their recent tour in North America). However, Chrigel was extremely apologetic, and while he was somewhat difficult to understand over the phone, he was very polite and one of the most cheerful people I’ve ever interviewed.

WULF: I’m really a fan of this new album, “Everything Remains As It Never Was”. I think it’s great. I just want to know how the album has been received on your end so far?

CHRIGEL: Absolutely amazing. (Inaudible) Over there (in Europe) it hit the charts in at least three countries, and even the top 10 charts actually, in Switzerland, which is really mind-blowing for a metal band. It’s probably the first time ever a metal band hit the Top 10 charts in Switzerland, and we were like “whoa! What the fuck is that!?” And here in the States and Canada it’s been received extremely well. So far it looks really, really good, and the songs on the album turned out to be quite cool live songs, they’re really fun to play onstage and the crowds seem to like them as well. We are happy and thankful for that!

WULF: Awesome, man! I’m glad to hear that too, especially since you’re from Europe and you’re here in the States and so it sounds like you’re having a really good time so far. For this album, I’m a big fan of singles, and so the title track (“Everything Remains As It Never Was”) I’d probably say is my favorite song on the album, but there’s also an instrumental on the album, and for some reason right now off the top of my head I can’t remember the name of it. It’s called “Isa” or something like that? 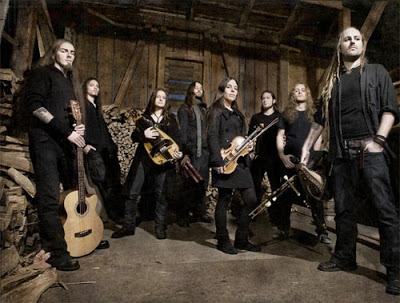 WULF: Even though it’s an instrumental, I love it. So I was wondering, as far as your personal tastes go, which would you say is your favorite track on the album, or which track do you feel turned out the best?

CHRIGEL: If you would have asked me that question for our previous albums I could name you one, but for this album it’s the same for every one. I love every single song the same. Which is kind of a good sign I guess, too.
(laughs)

WULF: Anyway, during the recording process did you have any difficulty with the songs, or which song would you say was the most challenging for you to record?

CHRIGEL: They’re all about the same, I would say. We didn’t have any difficulties or anything like that, but, as usual, we were pretty much under time pressure. We really, really worked a lot for the album and we had long studio sessions, sometimes we working in the studio for like three days in a row without sleeping or anything.

CHRIGEL: Yeah, that was quite exhausting, let’s put it that way. But overall, it went pretty smoothly and it was a good time, and we love being in studios anyway so there was nothing wrong with that.

WULF: That’s awesome, man! I’m glad that things went smoothly except maybe it could have been kind of stressful and you had to be up for like three days without sleeping.
(laughs)
But anyway, right now you are touring in the United States. Where are you right now?

CHRIGEL: Today we are in Canada, Toronto.

WULF: Oh! I should have said North America, you’re in Canada now.

CHRIGEL: Yeah, that’s probably why I got messed up with the timezones.
(laughs)

WULF: Hey, it’s fine. OK, so is there a noticeable difference, then, between playing shows in Canada versus the United States? I know Montreal is a pretty big metal city.

CHRIGEL: Yeah. Well, when it comes to crowds I don’t see much of a difference, actually, to be honest. What is different over here in Canada is that everything is a little bit more like in Europe, which basically means that everything is a little bigger. The venues are bigger, you play in front of larger crowds, and so on. Usually when you do a small tour in the United States everything is usually quite small, you have only 500 people-capacity clubs and things that are quite small, and so on. Here, you have like, 2000 venues and stuff like that. From what I can judge, that’s the main difference actually. Besides that, everything is pretty much the same, really. 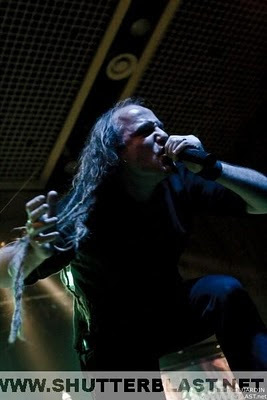 WULF: I see. OK. So it’s a little more like Europe? I know that metal, it seems, is a lot more popular, at least (in Europe). There are a lot more bands coming out of there than in America. Still, I know that shows could probably still be pretty crazy in America as well.

WULF: Where would you say in the U.S. has been the best show so far, for you guys? Who has the craziest Eluveitie fans?

CHRIGEL: We always have a lot of people in L.A., in California. It’s always really good. A really good time with the fans over there. But it’s pretty much the same as all over the U.S. We basically like it anywhere and we always have a good time no matter where we play in the States.

WULF: One of my co-DJs (Mark of the Beast) for my radio show saw you guys in Chicago, and said that you guys were fucking awesome. So as far as the bands you’re touring, I don’t need to hear any stories or anything like that, but who would you say is the craziest band that you guys have toured with, in Europe or the United States or anywhere?

CHRIGEL: The craziest band?
(laughs)
That was probably Korpiklaani.

CHRIGEL: Those guys are such drunkards. They’re really good friends of ours. When we toured together, (inaudible). The first time we toured with them, we had never ever drank like that before. It was wonderful.
(laughs)

WULF: The Finns, as I understand, can drink a lot. Anyway, so from what I understand after you guys are done touring in North America you’re going to go back to Europe and you’re going to go on tour there. So what I was curious about was what some of your plans (after that)? I know you just put out this album, so you’re probably not thinking too much about another album or an EP or anything like that, but I was wondering when are going to see an Eluveitie DVD?

CHRIGEL: We actually started thinking about the next album while on the tour. We’ve started working on new material and stuff like that. But a DVD? I don’t know, it hasn’t been on our mind for quite awhile. We really want to do one one day, but so far we just don’t know when. We haven’t decided (on) anything. So far we are still pretty busy, actually, for a whole year, and a DVD is not something that we want to do just to (do one). If we do a DVD we really want to completely focus on it and do something really, really cool, with tons of material on it, really complete…live performances, tour reports, studio reports, whatever, really a lot of stuff. So that’s something we really want to focus on when we do it, so that’s all I can say.

WULF: Yeah, because that’s not something you really want to rush, so that’s cool. Well, essentially that’s all the questions I have for you because I know these interviews are supposed to be short and I know you’re probably really busy. So anyway, I just wanted to say, I don’t know if you’re playing a show tonight but definitely have an awesome show and an awesome rest of the tour. We really like this album here in the Kansas City area, so hopefully someday we’ll be able to see you guys maybe around here.

CHRIGEL: We’ll be back in a couple months, actually.

WULF: Oh, you mean back from Canada?

CHRIGEL: No, I mean we’re going back to Europe but in a couple months, in like November or something like that we’ll come back to the United States again. 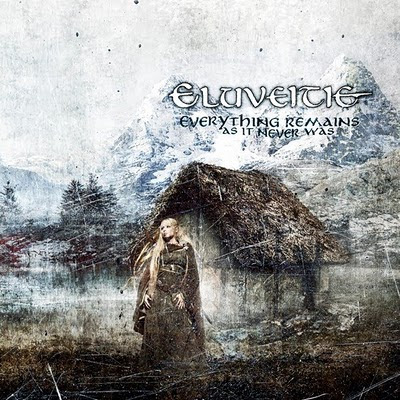