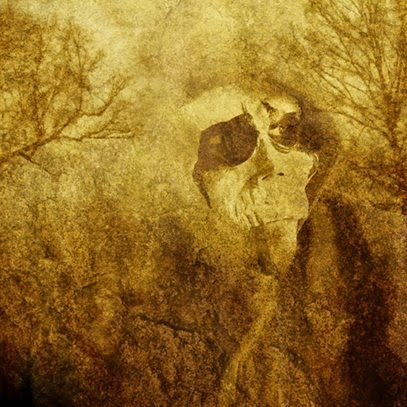 WULF:  The new album, “We Are the Past”, is incredible.   Some songs would work well for a love song, others are quite sad, and almost all of them are quite beautiful and vaguely majestic or fantastical.   It’s obvious that Erang’s sound has evolved dramatically over the past couple of years, especially if you compare this new album to your first few releases.   How did this change in style come about?   It seems to draw on many influences and world music, giving quite an exotic feel but without being able to pinpoint specifically which culture or region of the world it comes from.  Do you know what I mean?   It sounds very eclectic, but cohesive at the same time.  How has the reaction been from your fans?  Also, is that you on the cover art, is it “Erang”, or another character?

It’s true that my sound has evolved but it’s not a conscious process. I make music as it comes to me and as I feel right when I’m composing : so my next album could be pure old school Dungeon Synth or, on the opposite, something completely different. Right now, I don’t have any idea about it. However, on the last album “We Are The Past” I definitely wanted to use some medieval and traditional instruments even if I’m not doing realistic folk music : it is all music from the Erang’s Kingdom folklore. 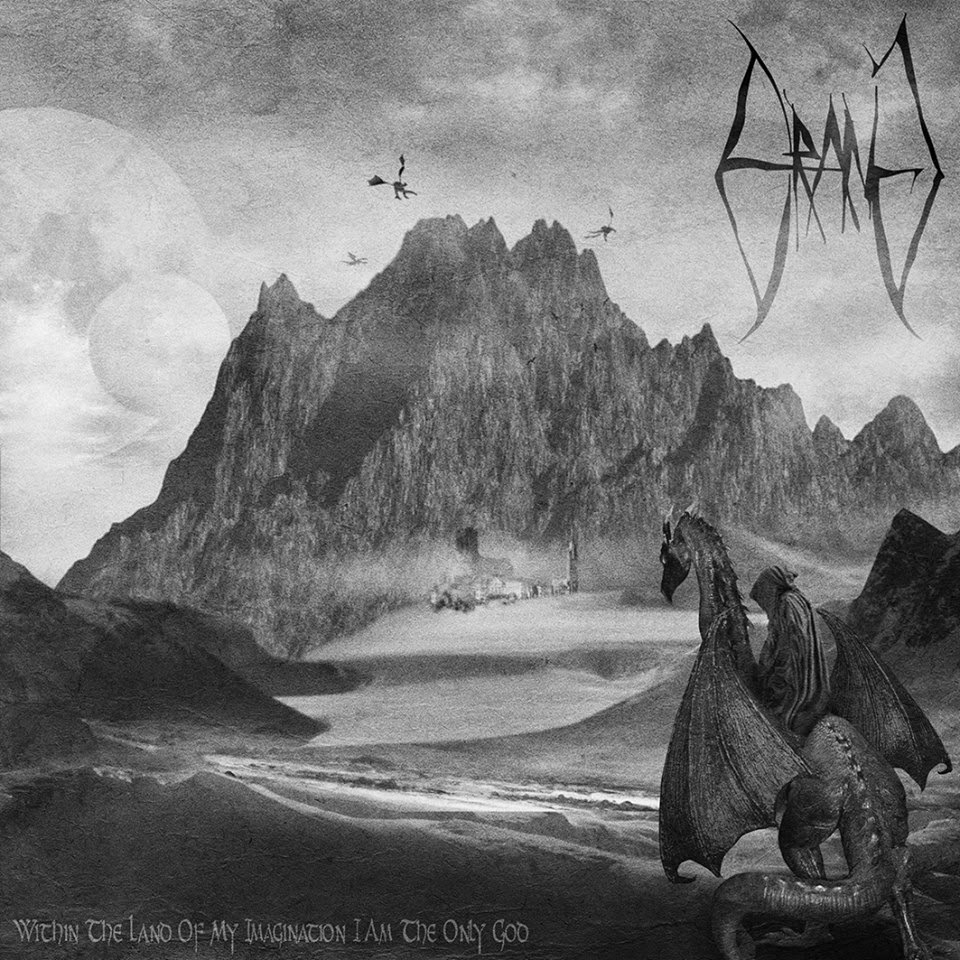 I got a lot of good and positive feedback and emails from my listeners and I thank them from the bottom of my heart for that. Some people who are really into pure Dungeon Synth music found it a bit too much diverse and far from “true” Dungeon Synth and I totally understand that. About the cover art : it is not me, it is not Erang… I will say it it the spirit of the past, some ancient figure.

WULF:   I was pretty shocked to find out that you don’t come from a black metal background, just because I feel like dungeon synth is essentially an offshoot of black metal.   That’s how I got into it anyway, and I assumed it would be the same for anyone else who would want to make the same kind of ambient music in the vein of early Mortiis, Vond, Burzum, Lord Wind, Ildjarn, Wongraven, etc.   According to interviews, it seems like you come from more of an role-playing game background.   Anyway, my question is, why don’t you play role-playing games anymore?   What happened?   Why is the creation of Erang’s music your only chance at entering back into that world? 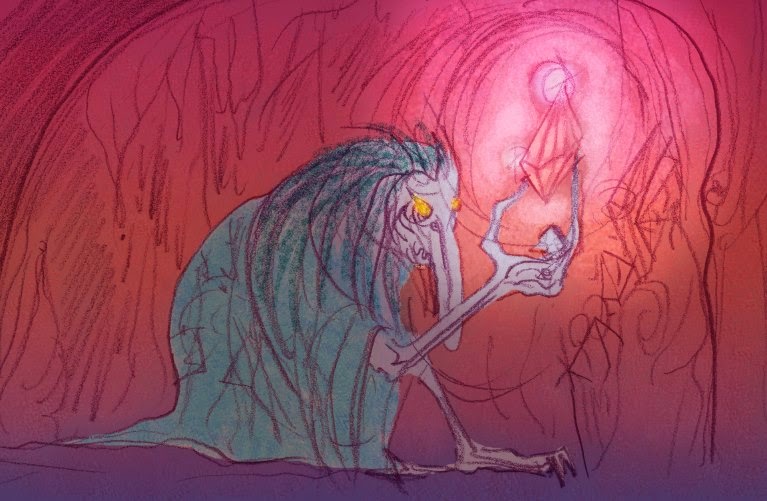 ERANG: I don’t play role-playing games anymore because there is unfortunately only 24 hours in a day.

I work, I have a family, I make music, etc… Role-playing is a very beautiful but time consuming passion. In an ideal world I would love to spend a whole weekend playing it but I cant. So I focus on music.

WULF: A common theme or atmosphere that appears on all of Erang’s songs is that of nostalgia.   Why do you feel like nostalgia is important?   What would you say to those who would tell you that it is pointless to dwell on the past, and instead move on with life? 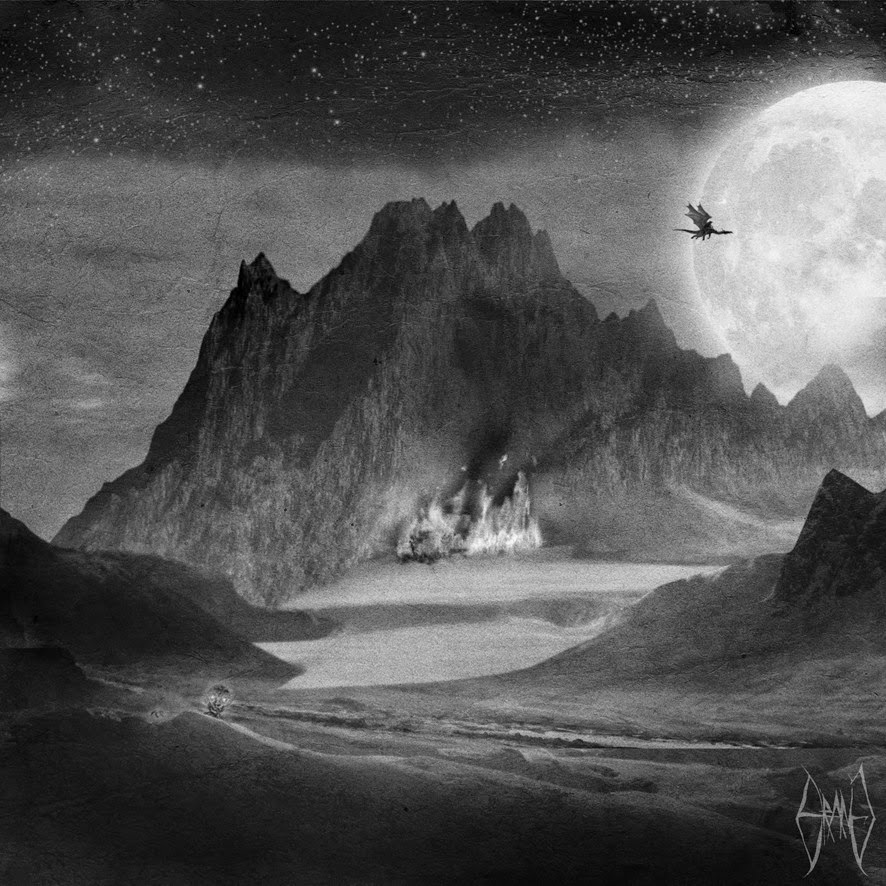 ERANG: To me, being nostalgic is not being stuck in the past. I use my nostalgia as a strength to express my creativity and it helps me to deal with everyday life, in the present. So I’m not whining everyday about the good old days : I remember them with a warm heart and it makes me happy.

WULF: I really identify with your concept of “naive art” that you have mentioned before in other interviews, especially because I want to create my own dungeon synth as well.   Not to give away your own set up or reveal too much about your own recording or production, but what advice can you give to people like me who want to start out making their own dungeon synth?

ERANG: The first thing, I think , is to listen to Dungeon Synth and fantasy music to get inspired : not to copy, but to “get the vibes” of it.
And these are some tips I gave on a previous interview and that I personally try to follow :

–          Do not spend too much time with technical questions or finding the “last new top” plugins or sample pack or whatever: compose music instead of thinking about it.

–          Most important: always stay true to your own feelings and passion. Do not ignore the outside world but do not get obsessed with it. 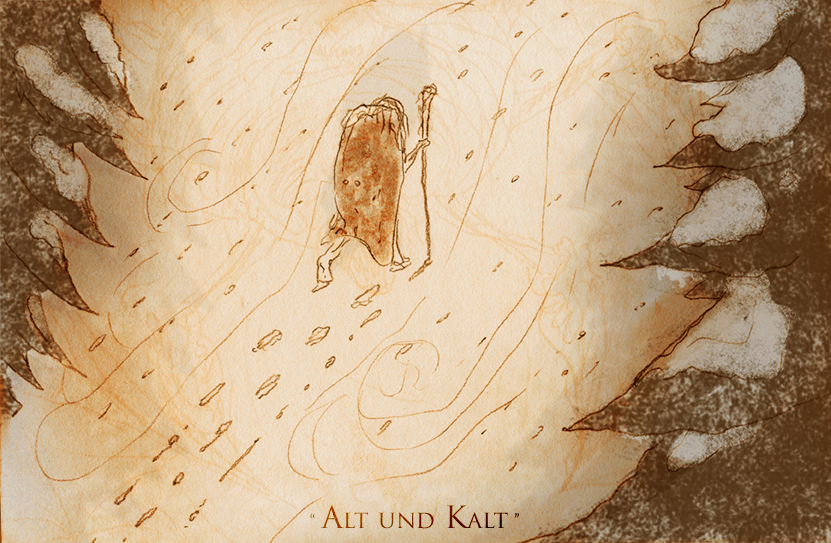 WULF:  I know “Wine and Beer” on the new album is more of a folk rock song (and arguably the furthest away from the typical Erang style we’ve heard so far), but would you ever consider expanding Erang’s sound further, like black metal or minimalist dark ambient (such as Lustmord’s “The Dark Places of the Earth”)?    Also, do you have any other bands/musical projects, or anything else that is similar to Erang in style?

ERANG: As I said in a previous answer, there is not really a “plan” when I start working on a new album. It goes in several directions until I find the “general mood” of the album and work around it. So the new album might be in any style (related, of course, to Fantasy aesthetic and the spirit of the Kingdom of Erang). About the last part of your question : I don’t have other projects similar to Erang.

WULF:  Have you ever considered expressing Erang’s essence via a different artistic medium, such as writing or film?   I know I speak for a lot of fans when I say that it would be awesome to read stories about the world of Erang, or an RPG module, a map, anything!!   Also, will we ever see an Erang music video?

ERANG: Definitely : I’ve already released a free e-book with drawings inspired by my music ( “A New Chapter In A Very Old Book”) and I’m really thinking about some writings (poems or short stories). Right now, I’ve absolutely not started to work on anything like this but it is really something that sounds interesting to me. About a music video, that’s also something that could be great : a video with animated drawings would be a good idea but, at the moment, this is too much work for me. But I keep that in mind.

WULF:   I always read interviews where musicians are asked about their musical influences, but rarely is literature discussed.   Are there any books that were particularly influential in the creation of your music, or anything that you can recommend to your fans that would help us understand the music of Erang from a more philosophical or metaphysical  point of view?

ERANG: About literature that inspired me I’ll be very classic and not original : Tolkien. Everything from him.
Since I’m child, the characters he created are my companions.
That being said, my inspiration comes more from small things from my personal story and cultural reference from my childhood. Also movies such as Dark Crystal, Conan, Legend, Willow, etc.
My philosophy is simple : we all have some kind of personal kingdom within us… and I hope that when you’re listening to my music, it helps you to find again the way to your own private Kingdom.

WULF: What are your thoughts on the future of dungeon synth at this point in time?   What do you hope to accomplish with Erang?   I know you just released an album, but do you have anything planned for Erang in the near future?

ERANG: There are a lot of great artists in this genre and I’m very confident with it!
Concerning Erang, right now, I need to take some breathing because I’ve released a lot of albums and I need to refresh my inspiration. So maybe I will work on some writings, I don’t know right now, everything is possible… In 2015, I will also try to figure a way to release my previous albums in physical CD. If so, I really want to make a beautiful “product” with a nice packaging so it could take time and money : I have to think carefully about it in order to make something great and not too expensive for the people who appreciate my music and the Erangers who follow me.

WULF: Those are all of my questions.   Any final thoughts or comments are yours.

ERANG: An old proverb from the Kingdom of Erang :  “Imagination Never Fails” 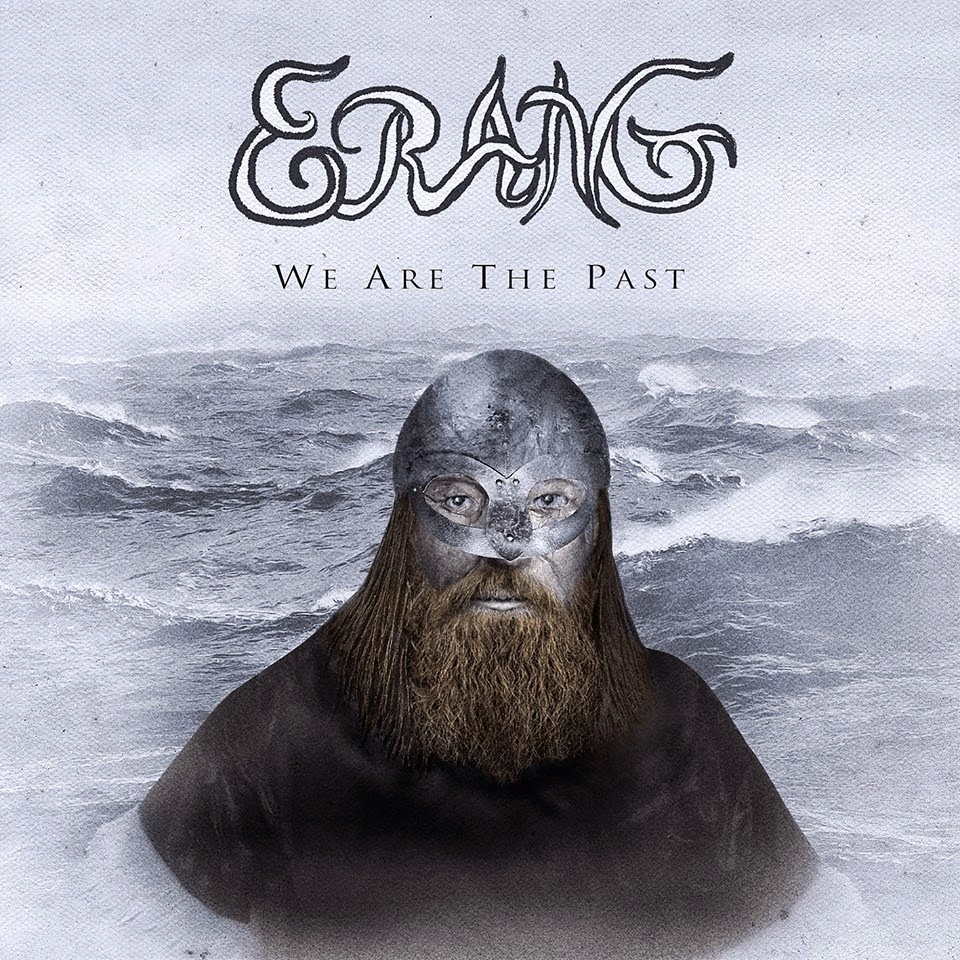