Home / interviews / Interview with A. ExI of Corvus!!

Interview with A. ExI of Corvus!!

WULF: Your band name could have a number of different meanings. Would you care to elaborate on what “Corvus” means specifically, or is it simply a made-up name?

A.: There is no great and complex mystery behind the name, we wanted a title that was both short and ominous. “Corvus Corax” is the latin name for the Raven but that felt too long to us, so we simply cut it down.

WULF: What attracts you to black metal? Why do you choose to play this style of music? Also, how did you get in contact with French label Forgotten Wisdom Productions?

A.: The only people who “choose” to play Black Metal are useless cunts. It’s a need, a compulsion, not a want. We got in contact with FWP on the recommendation of a friend we trust, reputation is invaluable when choosing a label to conspire with and Thomas’ is beyond reproach.

WULF: The information on Corvus is quite minimal. Is this because you are a relatively new band, or do you prefer to have this information kept to a minimum? I am also curious as to when the group was formed.

WULF: Who are the members of Corvus, and what roles do they play in the group? Is the recording lineup the same in a live performance? Also, do the members play in any other bands?

A.: There are two of us that control everything. No lineup has ever been 100% concrete beyond the pair of us. Yes we play in other bands, so have all members that have been involved with the band at various points. Another irrelevent detail.

WULF: Your lyrics seem to revolve around occult concepts. Would you care to elaborate on your lyrical themes, and perhaps any other music or literature that you draw inspiration from?

A.: No. I’m not a preacher, I don’t want to promulgate or convert people to my beliefs. You can all go fucking rot in whatever spiritual limbo you’ve wrapped yourselves in for all I care.

WULF: The cover artwork for your 2010 “Corvus” EP is excellent, quite nightmarish and psychedelic (that’s at least my impression). Who is the artist? What were you going for with this cover? How does it relate to the lyrics? Similarly, your logo is fucking brilliant. Feel free to elaborate on it as well.

A.: The illustration was done by Balam of PESTILENTIAL SHADOWS, the layout was done by Medan of BA’AL GRAPHICS. Balam also created our symbol for us, which is simply a volatile representation of both our music and our reverence.

WULF: Thus far you have a demo out, as well as a self-titled EP released in 2010 by Forgotten Wisdom Productions. Do you have any plans to release any music in the near future? If so, please describe what’s coming up.

A.: There is a split 7″ with PESTILENTIAL SHADOWS coming out soon via SEANCE RECORDS. There are other splits and EPs planned for the next year or so. When these will manifest, with which bands and on what labels I can’t say at this point. Everything is still very much in flux.

WULF: You are going to be appearing at the end of the month at The Devil’s Arcana festival here in Sydney. What are you hoping to accomplish with your live performance? What can the audience expect from this assault? Are there any other bands you especially look forward to seeing at the show?

A.: We are no longer playing this show. It’s no fault at all of the organisers, we just couldn’t do things the way we wanted to and thus are unable to perform.

WULF: That’s all the questions I have. Any final comments? 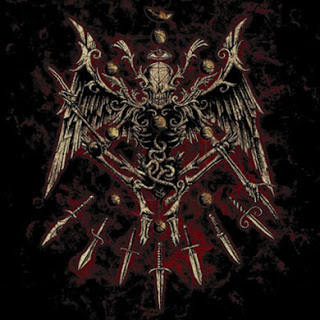