Interview with Maelstrom of Wardaemonic!! 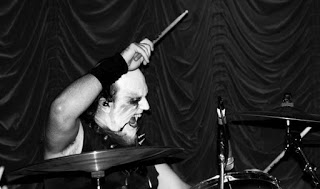 WULF: According to an interview you did in 2008 with Procession of Black Doom, Old was not in the band at that time. While I understand his reasons for leaving were personal, why did he decide to return? When did he leave and at what point did he come back? Did his absence and/or return effect Wardaemonic’s songwriting?

MAELSTROM: It came to a point where Old felt he no longer had anything further to add to the band. It was his decision totally, as we never had a problem with his performance or input. He left the band for about a year, travelled and matured. Old returned before our first national tour in 08′, which was fortunate as he employs a commanding live presence. We welcomed him back and he set to writing lyrics to songs we had already finalised in rehearsal. Old’s live show is his forte, his actual input on the music was limited, although his lyrical and theme contributions (are) great.

WULF: I’m curious about the lyrical themes on your last album, “Echoes of Ageless Flames”. The first five tracks make up “Vigil Tenebrae”…obviously they are thematically related, but is the entire album conceptually connected?

MAELSTROM: I believe all lyrics on albums should be connected with some theme or other. Even if they deal with different subjects, it’s easy to make a writing or narrative style blend. “Echoes” was no exception. It represents a maturing writing style from Old and Regnator, and whilst dealing with various themes it manages to blend together cohesively. 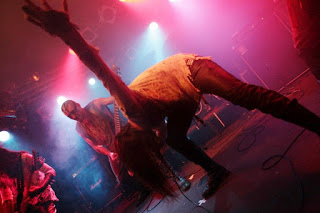 WULF: I understand that “The Vigil Tenebrae” epic is about the second coming and destruction of man…what are your views on Christianity and/or Satanism? Are you using the Christian prophecy of The Second Coming as a metaphor, or are you more literal in your interpretation of it? Do you feel that we are destined for a certain apocalypse or global armageddon in the near future?

MAELSTROM: Wardaemonic are a purely atheistic band. Christianity is ridiculous and redundant. Satanism , while many bands use it to aid their various purposes, serves as more an opposite to the Christian ideology. I don’t believe it’s meant to be taken literally. We try to stay at remove from religion as much as possible.
Things of this nature can only be viewed in a metaphorical sense. No-one can predict the future, but well deduced guesses from time to time can often pass as such.
If you look at the frequency at which life on earth has been obliterated in the past, it serves to reason it will happen again, whether biological or nuclear factors play a part: but eventually the expiration of our star will prove our end.

WULF: I hate to ask questions regarding regional scenes, but I don’t know very much about the Australian metal scene in general. I’m curious as to if stylistically there are regional differences in Western Australian black metal bands compared to those of Australia’s east coast. Does being located on the west coast have an isolating effect among Australian bands related to the rest of the Australian scene as a whole?

MAELSTROM: Being well travelled in the past four years, we’ve been fortunate enough to have the opportunities to play with many bands from around the country, leaving only two territories from 8 unexplored. Different states and scenes have their differing quirks and styles: yes, based more on the bands who preceeded them i feel. While Victoria thrives more on barbaric war, Tasmania likes it stark and bleak, while in Western Australia we prefer it fast and nihilistic. I’d like to think our proximity gives WA bands a certain mystique, but it’s also a fair distance and cost to travel for us to play there.
Wardaemonic are always well received in the East and we try and encourage as many eastern bands to make the journey here as possible. Often they are quite pleasantly surprised with our attendances, despite only having three or four active black metal bands at any one time. A poor showing for a state the size of several European countries (combined). 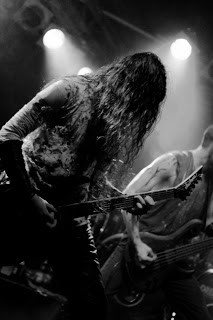 WULF: The Invisible Oranges blog just recently did a segment on metal bands and their favorite books. What authors or literature inspire your music or lyrics, if any?

MAELSTROM: I know for a fact Old and Regnator are mostly inspired by classic novels and poems, such as Dante’s Inferno and it’s ilk. For myself and Anharat, plane journeys are oft passed reading eurocentric fantasy, science fiction as well as scientific and theological biographies and texts. A favourite of the past decade for myself has been George Martin’s “Song of Ice and Fire” saga.

WULF: You’ve stated previously that in an interview with the Heavy Metal Tribune blog that every Wardaemonic performance is different. You are about to perform live in about a week at The Devil’s Arcana festival here in Sydney…what can we expect from this performance? What are you hoping to accomplish?

MAELSTROM: Although tightness and economy are inherit in all Wardaemonic performances, we like to bring an amount of atmosphere and vibe to the stage, mostly carried in our stage personas which we strive to perfect. Every show is an improvement, but also a breathing entity. As we have over two hours of material from which to choose, the set can always be varied without much ado. Newer material will also be debuted at ‘Arcana’. Old’s total lack of communication with the crowd also helps to separate us from the audience.

We will accomplish as we always have.
Intense, intimate, inanimate and intricate.
That will never differ. 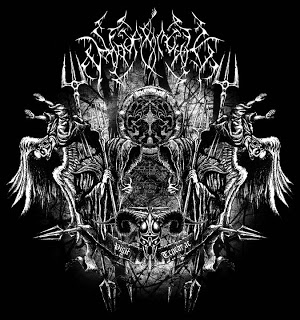 WULF: After the Devil’s Arcana festival, Old and Regnator will be leaving the band. Why is this? What are their plans after leaving Wardaemonic? Is Old going to continue with his band Drohtnung? Also, have the rest of the band members found replacements?

MAELSTROM: The loss of our founding members, although not coming as a total shock to us remaining, will be deeply felt by us as well as fans of the band. To say we will be the same band henceforth would be a lie.
Their decision stems from a steady departure from the music in it’s current state. We respect their decision, mourn our loss and support their future endeavours, wherever possible. Old will continue with Drohtnung, amongst others, Regnator with Dead Winds and the both with Pestilential Shadows (NSW)
Live members are waiting in the wings, but recording is the priority at the moment.

WULF: What does the future hold for Wardaemonic? It has been almost two years since the release of “Echoes of the Ageless Flames”…is the band planning on releasing new material soon? Will the band be able to continue without its founder, Regnator, and Old?

MAELSTROM: We will continue to write as a three piece for the time being. Material is currently in the pre-production stages and sounds every bit as intense and relevant as we’ve come to demand from our craft. I will take the reigns as chief lyricist and carry the Conceptual Continuity forward. Release should take place early 2013. Anharat and Blitz have contributed more and more songs as the band has progressed, the newer songs are shaping up to be the best yet.
We have suffered setbacks in the past, but we draw strength from them, rather than take them to offense. 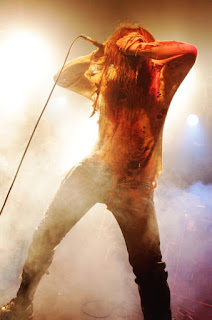 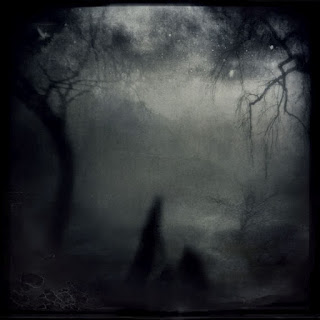