Home / interviews / Interview with Martin Harb of Visions of Atlantis!!

Interview with Martin Harb of Visions of Atlantis!! 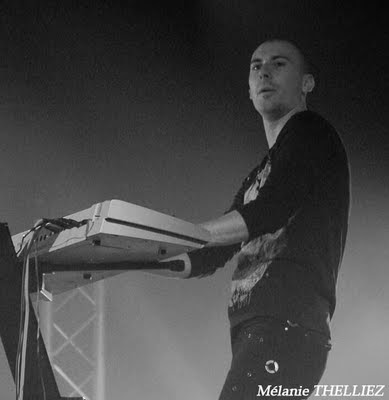 WULF: I want to say congratulations on putting out “Delta”, it is a fantastic album and I really enjoyed it.

WULF: I want to know, though, how has the reception been for this new album on your end?

MARTIN: It has been already very, very good. Better than actually all previous VoA albums.

MARTIN: Yes. We are very happy about that. Magazines and professionals like it and we hope, of course, more important(ly), our fans will like it even more.

WULF: Well I’d have to agree with you because it’s my favorite Visions of Atlantis album so far also, so that’s good man!

WULF: So this is your first album with the new vocalist, Maxi Nil. I’m curious, how did you meet her?

MARTIN: Well, we were casting a lot of girls all over Europe and we just got attached with her via Napalm Records, and we met each other and after a few minutes it was clear (that) “this is it”, you know?
(laughs)
And this is actually the whole story. 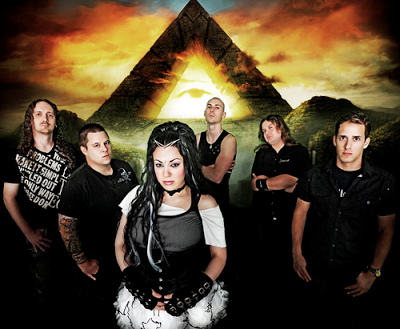 MARTIN: Five days after meeting (her) for the first time we went onstage together at Metal Camp in Europe and it was just awesome.

MARTIN: For me, I love them all, but if I had to choose since you forced me to (laughs), my two favorites for me are “Memento” and “Conquest of Others”. For me personally. It actually changes from day to day. I also love “Twist of Fate” a lot and “Elegy of Existence” but after listening so many times to it I really prefer for myself “Memento” and “Conquest of Others” because they catch my heart the most.

WULF: OK, so what was it like working with them, and why two producers?

MARTIN: Because they have lots of experience, as Mario was integrated as a bass player and was clear with all his recording experience that he would do the job the way we want to have sounding the songs because Mario Plank, the vocalist, and me do all the songwriting and we really wanted to have a person we were in very close contact to (as a producer), and Jan Vacick also did “Trinity” and he did a hell of a job there, and he’s part of the future; he’s the first man for any VoA production when it comes to producing and ideas and stuff.

WULF: I see. Yeah, both those guys did a really great job too, the album sounds great. Now, I’m curious, who writes the lyrics for Visions? Is it you, or Mario, or everbody?

MARTIN: Me and Mario Plank, yes. We do almost everything.

WULF: OK, what inspires the songs lyrically? Unfortunately I couldn’t get the lyrics because I only have a promo copy for my radio show.

MARTIN: Actually, Mario always invents little fictive stories with a metaphorical background of Atlantis itself, and I most of the time put metaphorical social, ideological, and psychological stuff into my songs always with a kind of (metaphor). It is also the main stuff on “Delta” with red light (??), although it is actually no concept album. 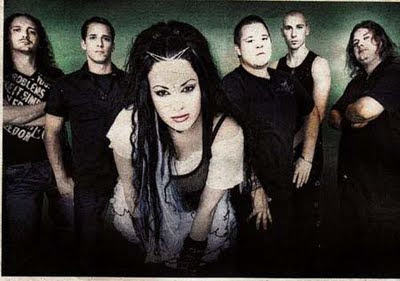 WULF: OK, yeah I was curious, would you like to talk about the new album title “Delta”? It could mean a number of things…

MARTIN: You can guess. It’s the fourth letter in the Greek alphabet, and of course when you see the cover, the delta is the situation where the small river is coming into the great sea and springing out something huge and something even bigger. You know, this was the ascension, and (what) we want to do on every album (is have) the number of the album somehow fit into the title.

WULF: Right, like “Trinity”, and then “Delta”, OK…that’s awesome. I was looking and you’ve got that great, pyramid-like thing on the cover too which is like the triangle delta. That’s really cool. So as far as I know you have one music video, are there any plans to make a new music video for a song off of “Delta”?

MARTIN: Yes, it’s already produced and it will be released worldwide in a few days. So stay tuned for that, it will be awesome. It’s from the track “New Dawn”.

WULF: OK, so I only have a couple more questions if that’s OK, I know you’re busy. I see that you’re about to go on tour in Europe, is there a chance of you coming over here to North America? 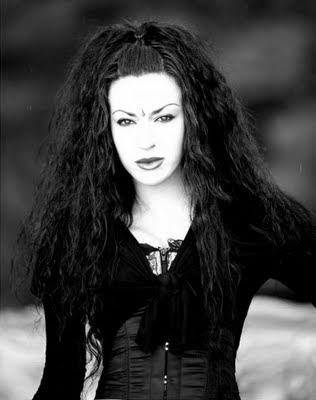 MARTIN: Yeah, we are trying everything to make this possible again and we hope to come in 2011 already. It would be a dream coming true again so cross your fingers and hope that everything is working out. But nothing is fixed, and nothing I’m allowed to talk about already.
(laughs)

WULF: OK, I understand man. OK, so my last question then…is there any chance of you guys putting out a DVD in the near future?

MARTIN: We’re thinking about this and been asked that lots of times, but at the moment I think we should do releasing an album from year to year and (not) changing the lineup again, and then we can talk about this.
(laughs)

WULF: Ah, OK awesome man. Well I know you’re busy so thanks for taking the time to talk to me.

MARTIN: It was a great pleasure to talk to you, maybe (we’ll) have a chance meeting each other perhaps when (we) head over to the States, and I hope everything is cool with the radio and I hope you’re having a great day.

WULF: OK, thanks man, you too! Good luck tonight.

MARTIN: OK, it will be an awesome show. I think it’s almost sold out again! 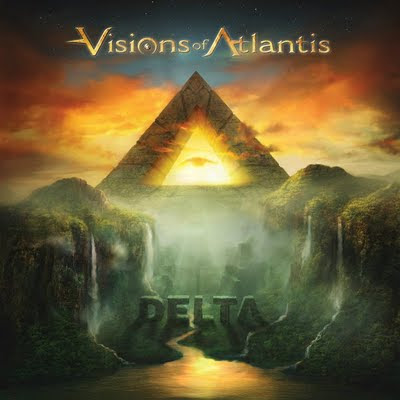