Interview with Mike Williams of Eyehategod!! 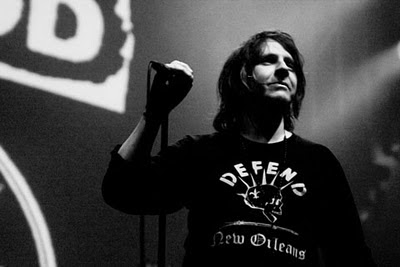 WULF: So hey man, I just want to start by saying it’s an honor to be able to talk to you and to do this interview.

WULF: I’ve been a fan for a long time, and actually when I first started getting into metal I was like, I don’t know, 16, I’m 24 now, and you guys were one of the first bands I was introduced to as far as the sort of like, sludge–

WULF: Yeah, yeah, anyway, so I think that my 16-year-old self knowing that I’m talking to you now would probably just…shit his pants.
(laughs)

WULF: Awhile ago I read in a metal magazine that you were living at Phil Anselmo’s home…or at least on his property. I was just kind of curious, are you still living there, or where are you at now?

MIKE: He lets me stay here, I take care of the animals and stuff too (when Phil’s on tour). When I’m on tour, they take care of my animals, so it’s kind of like a little commune here, you know?

MIKE: Oh, amazing! I mean, better than we could ever imagine!

MIKE: We don’t even have a new album out, we haven’t had an album out in…well we put out “Preaching the End Time Message” in 2003 (I think he meant 2005), but it wasn’t like an official release or anything…but for not even having a record out it’s just insane man, I mean, the crowds are all sell-out shows, people driving from miles to see us. It’s really been overwhelming, to be honest, you know? It’s been awesome. 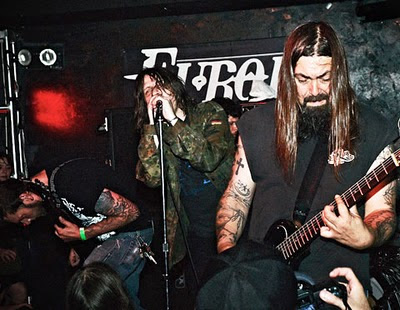 WULF: Well that’s awesome man, because, you know, when I was coming up with questions for this it wasn’t difficult but I was just looking (on the internet) and was like, man, it’s been a long time since you guys put something out that wasn’t like, a split, or a “best-of”, which is cool, but I know that you guys have been going through a lot of shit also. So there’s a lot going on with Eyehategod right now, but what I’m kind of curious about as far as what you’re doing…what’s going on with your other bands, like Outlaw Order and Arson Anthem?

MIKE: So it should be out pretty soon, in the next few months I hope. Cross my fingers.
(laughs