Interview with Sami Hinkka of Ensiferum!! 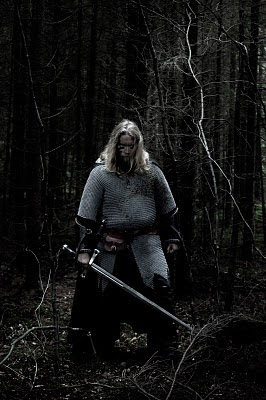 WULF: OK, so I might pronounce some names wrong as we go because Finnish is a really interesting language with some unique names, but I don’t know how to pronounce those names.

SAMI: Well my English is gonna suck anyway, so we’re even.
(laughs)

WULF: What time is it there?

WULF: Is it nice to not be on tour for the time being or do you really miss the road?

SAMI: Well it’s nice to do something else for a change, like interviews and stuff like that, but yeah…I really miss touring already. But on the other hand, we really have to rehearse our tour set and it’s going to be the biggest production we ever had on tour. We have a lot of rehearsing to do. But I’m really looking forward to that also. We get started like next week or something like that.

WULF: Yeah, I saw on your Myspace that you’re about to play a bunch of dates in Europe. Is there any place in particular you really love playing or that you get an especially good crowd response?

SAMI: Well so far (all of) North America has been very good for us.

(Sami starts talking about the 2008 Paganfest and unfortunately I miss the name of the city he’s talking about, but apparently it was in the South and there were only about 50 people there but it was one of the best gigs he ever played. He continues on…)

SAMI: And of course, the metal capital, Montreal. Have you ever been there?

SAMI: Well somebody said that to me.

WULF: Well I don’t know…I’ve actually never been to Canada. I know a lot of metal bands come from there.

SAMI: Oh, well I was just quoting (someone).

(I can’t understand what he’s saying at this part, but he ends with saying that as a whole the Paganfest 2008 tour in North America was a success.)

WULF: Who would you say has the craziest fans?

WULF: Yeah, can you think of anybody?

SAMI: I would say North America or Russia.

WULF: You were in India?!

SAMI: Last December. And we were playing (at a) university and there was a huge moshpit going on and they were insane! It’s like wherever we go we have all kinds of (crazy fans).

WULF: That’s ‘cuz you guys fucking rule!
(laughs)
Well, let’s go on to your keyboard player (Emmi Silvennoinen), I read on your Myspace that you guys decided to make her an official band member. Why did you decide to do this, and not just keep her as a session live member?

SAMI: Well, Emmi has been around for over 200 gigs and she was there for the whole process when we were arranging new songs and she’s just one of the guys so it was pretty natural to make her (an official member).

WULF: I got ya…I was just curious. Well, onto the new album, “From Afar”, I’m really excited to hear it. I’ve heard a little bit from samples on your website, and they sound awesome.

SAMI: Thank you. There are actually more if you go to Youtube. Some of our fans (have) put together samples (that were collected from our record labels and our website).

WULF: OK, awesome! I’ll have to check that out. Obviously it’s musically really similar to “Victory Songs” but I know that behind the scenes you guys probably did a variety of things differently. What would you say are some of the biggest differences between this album and the last album?

SAMI: Well I think the sound is much bigger and the arrangements are more ambitious. I think the writing process was pretty much the same but there were some differences because when we were writing “Victory Songs” most of us were still working day jobs but this time we decided “OK, nobody goes to work and let’s eat some noodles and (inaudible) and write new material every day for like 10 hours at Markus’ (Toivonen, guitar) home and our rehearsal room and (I think you can really hear this on the album).

WULF: So this is you full time now? Ensiferum huh?

SAMI: Yes. And we are very privileged to (do this).

WULF: Yeah I’d say! Dream come true! That’s awesome. So I know that on “Victory Songs” you guys worked with Janne Joutsenniemi (I have trouble pronouncing the name, he corrects me and we have a laugh)…he is or was in the band Stone? What would you say were the biggest differences between working with both him and Tero Kinnunen for the new album? How were they different as producers?

SAMI: Actually, everything went very smoothly. Everything went even smoother than the “Victory Songs” session, because Janne is like the master of (getting down) our sound and our tuning and he’s incredible…(the rest of this sentence is inaudible)…Tero was recording drums, bass, some vocals, and keyboards. Downstairs they were recording some guitar riffs, and upstairs Tero is recording keyboards. It was very smooth. It was even smoother than “Victory Songs”. I don’t see any problems (with how that worked), actually it would be a very good idea to work like that also in the future. That way, nobody has to work 24/7.

WULF: Right, and everybody’s all stressed out.

SAMI: Yeah, that’s pretty hard work, especially for the producer/recorder. They have to be there all day. The players have to concentrate on playing but (can then say) “OK, I’m tired for today. (You all can) continue from here.” The producer/recorder has to be there to press the REC button and be very sharp all the time. This way (for the new album) these guys could have a couple days off and then come back to the studio so that was one reason why everybody was in (such a) good mood all the time.

WULF: Yeah, more relaxed. Well as for the new (album) samples that I’ve heard, I’d have to say my favorite song right now is probably “The Longest Journey”. What’s your favorite track, and why?

SAMI: I’d have to say “Heathen Throne.” I really think the sample doesn’t do justice to the song…well, obviously (the song) is 11 minutes long and (the sample only contains) the first verse only. I really like the drama that goes along in the song with the story. It gets more passionate all the time. Well, you’ll hear it in a couple weeks.
(laughs)
That’s my favorite song at the moment.

WULF: Yeah, I’m really excited to hear it myself. What would you say was the most difficult track for you to play, or was there one?

SAMI: To play? Well I play bass, and there isn’t any difficult bass lines in Ensiferum so…
(laughs)

WULF: I play bass too, I kind of know what you mean.

SAMI: Yeah, I really like to play funk and various other things but Ensiferum is more about keeping it simple and heavy all the time and leaving room for melodies and I think that’s more my goal as bass player of Ensiferum.

WULF: Just holding it down.

SAMI: Yeah, exactly. Just holding it all together.

WULF: What about for the band as a whole? Was there a difficult track you guys had trouble on?

SAMI: In the studio there wasn’t any problem but (during) the writing process I think Markus almost lost his mental health writing “Smoking Ruins”. We were at rehearsal for 8 hours a day, and after that he went home and continued polishing these melodies…all the notes he was thinking about, (like) “OK maybe I’ll switch this one” and (considering) all the options, and he was doing that until like 4 AM and came into rehearsal the next morning and I was kind of afraid.
(laughs)

WULF: I read also that you guys are shooting, or you’ve already shot, a music video?

SAMI: Yeah, actually I saw the preview of it last night when I came home.

WULF: What can we expect to see (in this) new video? What do you guys have in store for us, or is that a surprise?

SAMI: Well it’s kind of a surprise, but this time you can see the band in the video. As Finns, nature is very important (to) us and we wanted to include that. The director had some crazy ideas about the storyline and we were like “OK, let’s do it!” It also kind of fit the moral of the song and the whole album.

SAMI: I think it’s coming out in a few weeks, or something like that. Maybe earlier, I have no idea.

WULF: We’ve been fans of Ensiferum for years so it’s awesome to see that the band is doing really well, and that now you guys can do all this stuff full time as opposed to do having to do this and having a day job, (making it difficult to tour).

SAMI: Now everybody is committed to do this.

WULF: Yeah, and I saw that Petri’s (Lindroos, guitar and lead vocals) not in Norther anymore, correct?

SAMI: Yeah, he was kicked out of Norther.

WULF: Oh I didn’t know that, I thought he just quit or something.
(laughs)

WULF: Oh, because I was going to say maybe that was a good thing, at least from the Ensiferum perspective, that he’s doing this full time now.

WULF: Anyway, that’s all the questions I have. Thank you so much for taking the time to talk to us here in Kansas.

SAMI: No problem at all. “We’re not in Kansas anymore!”
(laughs)

WULF: Hold on one second.

(MARK OF THE BEAST gets on the phone with SAMI)

MARK OF THE BEAST: This is (Mark of the Beast), I do the radio show with (Wulf) that’s been talking to you and I really love you guys. I saw you guys in Chicago.

MARK OF THE BEAST: Chicago, it was the Pearl Room.

MARK OF THE BEAST: Yeah, that was a great show. I was actually surprised that you guys got a headlining (spot) for your first US tour so it was really cool to see you guys as the last act because of all the great bands that were there, you guys really lived up to the headlining act.

MARK OF THE BEAST: It was really awesome. You guys had such great…I don’t know, mystique about you…I don’t know how to really explain it but it was just a really great show. That was actually I think probably the best show I’ve ever been to. I’m serious.

MARK OF THE BEAST: I love folk metal and viking metal, and Ensiferum is the first band that I ever heard that got me into that stuff so it was great to see you guys and I hope you come back soon.

SAMI: Yes, we will in November.

MARK OF THE BEAST: And come to Kansas too, don’t forget us.

SAMI: Well, it’s not up to us but I can try to talk to (the tour manager).

MARK OF THE BEAST: Last time I had to fly on a plane from Kansas to Chicago to see you, but if you do that again I’ll fly back over there because I really want to see you guys again.

SAMI: Yeah, well hopefully we can have a show also in Kansas.

MARK OF THE BEAST: Yeah, tell that to your manager or whoever that Kansas is the metal capital, not Montreal. 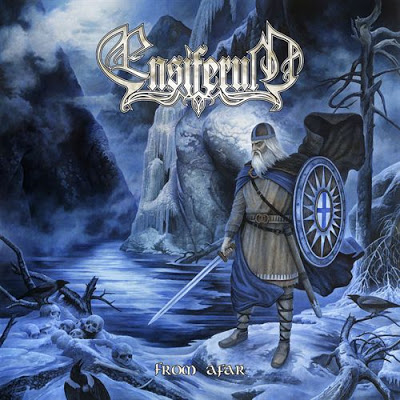