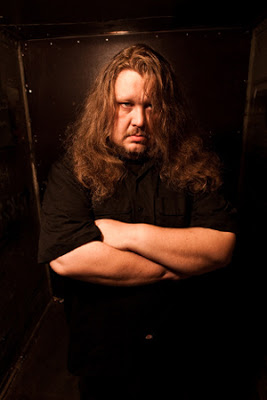 WULF: It’s a pleasure to talk to you! Before I heard Survivors Zero, I know you’ve been in a lot of bands but I’m (a big fan) of your work in Finntroll so anyway it’s cool to see that this band is doing really well. In fact, with this new album, is it called “nine-nine-nine” (their new album is “CMXCIX”, in Roman numerals, so I was curious as to if I was pronouncing it right when speaking about it)?

WULF: Yeah, I wasn’t sure. I had to look that up on the internet. It kicks major ass! I’m a big fan of Finnish metal in general, so needless to say I was really impressed with this record. How has the reception been so far on your end?

TAPIO: I can’t complain, man. I want to complain, but I can’t.
(laughs)
When you put out a new band and put out a new album, especially without any major labels involved you’re always surprised (to get) a really amazing response from all over the world. This album has been heart-warming. So all I can say is that, when we’re sitting here doing interviews. What can I say? It’s all good man.
(laughs) 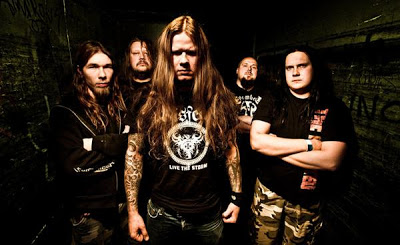 WULF: I noticed that you guys are on Cobra Records. I hadn’t ever heard of that label before, so I looked it up. Is it a metal label or is it just kind of like more…rock?

TAPIO: Most of their releases so far have been metal. They’re a really new label. They’re actually a label put on by the biggest independent record store in Finland, and they started out a bit over a year ago with the record label. We were the first band to be signed on the label. The guy who runs the label is an old friend of ours. They just basically put on the record label and signed most of the best bands in Finnish underground metal. We got offers for record deals from bigger companies in Europe and all that, but the deal that Cobra gave us was…”here’s an offer you cannot refuse”.
(laughs)

WULF: Awesome, man! Well, I really like the whole album but I would probably say my favorite song is, besides “Armageddon Cult” I really like “Reclaim My Heritage”. Which song would you say is your personal favorite, or which song do you feel turned out the best?

TAPIO: I really couldn’t say. I’m really happy with the album. “Armageddon Cult” for me is great to play live, (there’s) so much feeling in it. But let’s just say that my favorite song on the album is the first one, “Embrace the Inferno”. That was the first song written for this band. We’d just came off a one-month European tour and it’s just a raging song to play live, so that for me pretty much sums it up, this thing to play in front of people. So that’s a good one.

WULF: Did you have any difficulty during the recording process, and what was it like working with producer Jonas Kjellgren?

TAPIO: Well, first of all, what you have to know and keep in mind is Jonas (he pronounced it Yonas haha) is mad.
(laughs)
So the whole studio process was actually awesome. We had like two weeks to do the album and there’s this studio called Seawolf just outside of Helsinki on this old fortress island and just the whole process of recording the album (was awesome), Jonas is an awesome producer. He’s also fun to be around in the studio but he’s also a slave-driver. It was weird, we had a lot of fun in the studio but also because we wanted this to be like “OK, this is our first (record), time to show what we’ve really got!” and this is why we hired Jonas, to bring out the best in us. So in the studio when you’re playing for the fourth hour and (your) hands are hurting, and you have this tall, bald, Swedish guy in a leather nazi cap yelling in your ear, like “play it better!! What!? You’re a metal guy!! Do it better!!” It was great.
(laughs) 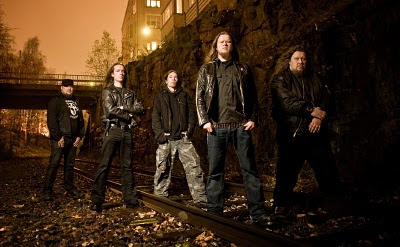 WULF: That’s awesome. Yeah, I was just kind of wondering about that, I’m always interested in the recording process. So, the music video for “Reclaim My Heritage” is really cool. I like how it’s you guys playing in that place, and then there’s the old, ancient texts of like the occult or something in there, it’s awesome. I was curious, first of all, about where it was filmed.

TAPIO: Well, here comes the big secret. We had a budget for the video, which was zero dollars, but luckily our guitar player Sami (Jämsén) works as a video and media producer, so we basically directed the whole video. It was shot in a very unique place, the underground garage of their company.
(laughs)
But the other footage with the girl and stuff is in the Finnish National Library, in central Helsinki. Those are the two places (since) we really had no money to do the video, but I’m more than happy how it turned out. It’s cool.

WULF: It looks really professional. I think it looks great. Anyway, as I understand with the girl, she was a Miss Finland finalist, Minna Nikkila? Is that right?

TAPIO: Yeah. How we got her in the video is that she works in the same company as our guitar player, like two desks over.
(laughs)
During a work day (he asked her), “do you want to do, like, this photo shoot to advertise our t-shirts? You’ll get a t-shirt!” Then, (he was like) “would you like to be in a video? We can’t pay you.”
(laughs)
She’s a wonderful girl and she’s really cool, so she was like “OK!”

TAPIO: Um…not really, no!
(laughs)
She’s a cool person. It’s funny, she’s been doing modeling for a long time and after our video came out two or three months later she was like, “OK, I’m going to be in the Miss Finland Competition!” 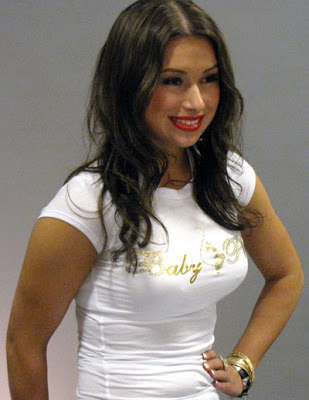 WULF: Yeah, she’s really pretty. Well, OK, so I’m sorry to hear the news about you guys not being able to tour in North America, that really sucks. Since you’re not going to be going on tour here, do you have any plans for touring anywhere else, like in Europe or anything?

TAPIO: We just came off a European tour we did through February and the start of March supporting Hypocrisy all over Europe, which was really good for us. We were supposed to come to the US right after that tour but then US Homeland Security decided that they didn’t want to give us work permits. I’ve been keeping tabs on our friends Swallow the Sun and Finntroll they’re really bummed about this but let’s just say that we’re hoping we can remedy this in the future. This time (US Homeland Security) thought of us as not commercially viable or whatever in the United States with the first album, so let’s hope when we get a little more time and maybe another release under our belts we’ll be able to tour there.

WULF: Yeah, because I’d love to see you guys! I’m sorry about that! Our government kind of sucks. Well, OK, so in your experience touring, where would you say is the craziest city to play? Anywhere in the world. Who has the craziest fans?

TAPIO: Well, I’ve played with several bands all around the world. Let’s just say (there are a lot). Russia, Moscow has always been insane, still a lot of metal bands don’t go there that often so metal fans there are starved for music and they are insane!
(laughs)
There are places I’ve played in the old, behind-the-Iron Curtain countries like Slovakia and Slovenia, which have been amazing. For us, on the last tour, really surprisingly France was really good. The guys were really into us and giving us a chance, most of (them did not know) who we were and (had) come to see Hypocrisy, but they were really into us which was good. I remember I did one tour with Finntroll in the United States and Canada, and in Canada Toronto was cool, we did one wild show in Poughkeepsie, New York which was awesome…I don’t know, I’m in this whole thing just for playing live. I love it, and let’s just say that’s my sole reason for playing music. I don’t enjoy the studio all that much, 90 percent of it is shit.
(laughs)
Playing live, that’s my thing. 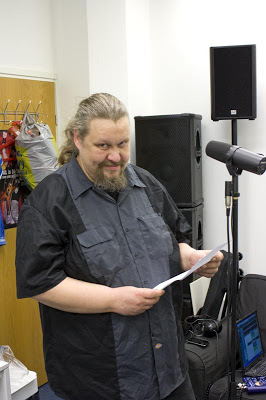 WULF: Yeah, I think most musicians would probably agree with you. I’m sure the studio time gets really tedious.
(laughs)
Well then, the follow up to that (question), is what is the craziest band that you’ve ever toured with? Either a band that you’ve played in or a band you’ve been on tour with in addition to your own band, which would you say?

TAPIO: Well, let’s just say that the years with Finntroll were really insane, from start to finish. The band that I really enjoyed being on tour with was Napalm Death, they’re a bunch of really awesome people. The best people in the whole business that I’ve ever met. But if you think just in terms of crazy we went on this one tour with Napalm Death, Black Dahlia Murder, and Belphegor. Black Dahlia Murder, who were then on their first European tour, were like the new kids set loose on Europe, and it was so much fun I still bear scars from that one.
(laughs)

WULF: That’s awesome man! It’s good to hear that an American band can at least kind of hold their own maybe, in Europe.

TAPIO: It was a nice experience for us, maybe not for them. They were these young, 20 year-old American guys stuck in a bus with a bunch of old Finnish guys and old Polish guys, Vader. Let’s just say that (The Black Dahlia Murder) were not that used to the (large) amounts of vodka in the bus.
(laughs)

TAPIO: Yeah, the plan now is to go into the studio in September and release a new album hopefully in the beginning of 2011. We also have a split live DVD out with a friend band, Sotajumala, out of Finland, which, if you can your hands on it, check it out.

WULF: Yeah, I saw that on your metal-archives page! I’m a big fan of metal DVDs so I definitely marked that down for something (I want to get). Well anyway, thank you so much for talking to me, Mr. Wilska. It’s been an honor, and I wish you the best of luck in the future.

TAPIO: Thank you man, thanks for having me. Have a good one. 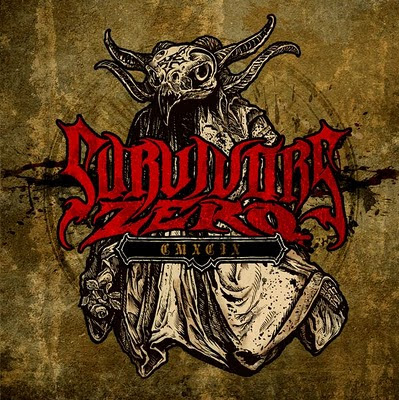