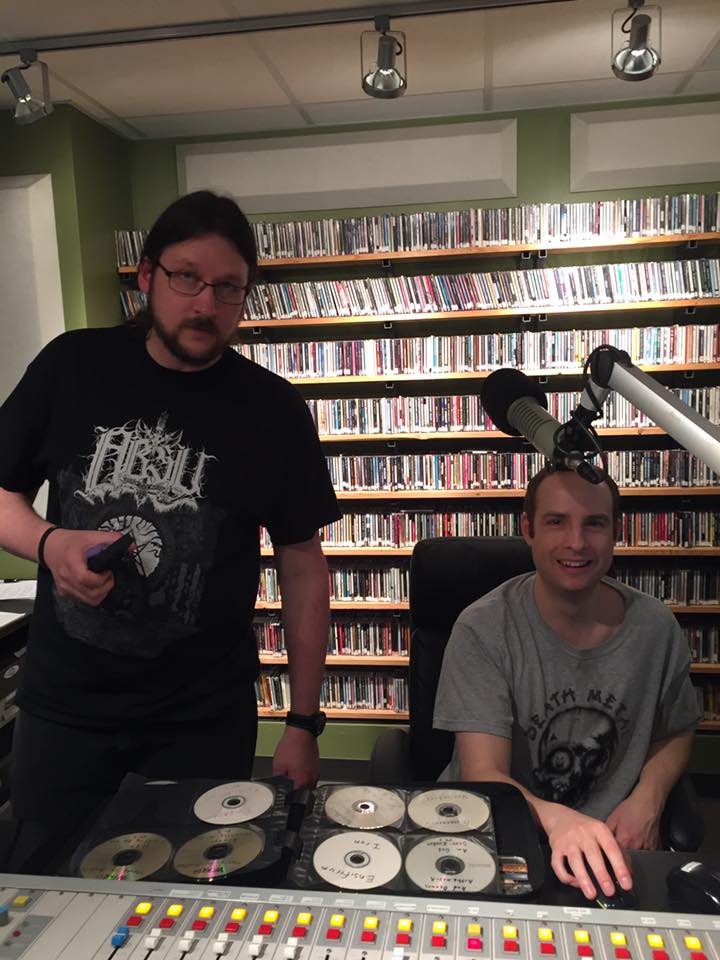 Evil Steve (left, nice Absu shirt BTW!) and Mark of the Beast (right) in the middle of assembling a mayhemic playlist from what we can only assume is the world’s most kvlt-as-fuck collection of burned CDs

For this episode of MI, while it’s unclear if CJ was actually at this show or not (seriously, no one can remember if he was there.  They probably drank too much DMT-laced Four Loko (the official MI party beverage of choice) AGAIN…c’mon guys! Get it together!) Judge Dredd (at least) is joined by none other than hallowed former DJs Mark of the Beast and Evil Steve!!  However, don’t let their evil DJ aliases scare you off, as there’s still plenty of giggles and silliness to be had despite all the brutality and terror that was inflicted on the airwaves for the majority of this week’s show 😀

You’ll probably also notice when listening to this show how different the musical tastes are between MotB and Evil Steve, especially with the song juxtaposition in each set… Northland followed by Vastation??  Warning being played right after Forefather??  So, I guess what I’m trying to say is that if you have horrible ADD, then this episode is for you!