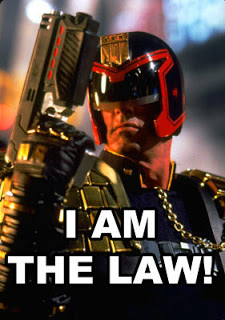 I read a quote somewhere on Metal Review that this wasn’t exactly a good year for great metal music, but rather a great year for good metal music, and I couldn’t agree more. However, this was THE year for United States Black Metal (USBM). Don’t believe me? How about the fact that we got releases from almost every major USBM band this year including Wolves in the Throne Room, Absu, Leviathan, Krallice, Negative Plane, and Nightbringer, not to mention newcomers such as Deafheaven and Ash Borer. Still not satisfied? How about every USBM release that I have heard this year has been at least above average, not only relative to the individual artist’s own discography, but also relative to the rest of the metal releases this year.

In fact, one could argue that USBM started to solidify it’s identity this year. On the other hand, one could argue that the different styles employed by USBM are so disparate (complimented by the vast distances between regional scenes) that there will never be a USBM “identity”. Some have wrestled with the narrow term “Cascadian Black Metal“, but even that doesn’t grasp the full spectrum of USBM sounds. Either way, one can hear influences of post-rock, crust punk, and shoegaze continue to infiltrate the sounds of many USBM bands, which clearly distinguishes it from the majority of European Black Metal bands.

Moving from Black Metal to Death Metal, if there is any revival that I was sick of as soon as it started, it is the Incantation-influenced Old School Death Metal. I understand that it’s a backlash against the slick, over-produced sound of modern Death Metal (which I hate equally as much for the most part). No matter how much I have listened to new releases from Disma, Necros Christos, Cryptborn, and the like, I can’t convince myself that this NOT the most boring shit that I’ve ever heard. Admittedly, there were one or two releases, namely “Parasingosis” by Mitochondrion and “Transformation” Sonne Adam, that really stuck with me. I think it’s almost unfair to lump them in with the other bands because they actually write interesting (for the former) and memorable music (for the latter). What a concept! Plus Mitochondrion is just weird as fuck, which always gets points in my book. Hopefully Death Metal bands will give up trying to unearth the past, and start getting all psychedelic on our collective unwitting asses.

Lastly, I want to put in my two cents about the new releases from Mastodon and Opeth. Artists should be able to do what they want with their music. Oh, I’m sorry, they didn’t make “Remission” or “Blackwater Park” again? Too bad, go listen to those albums then. Personally, I thought “The Hunter” was a great, catchy metal album, and I can appreciate Opeth’s change of direction with “Heritage”, but it just didn’t really speak to me.

I think it’s important that I reiterate why I’m Judge Dredd. After close to fifteen years of listening to Metal, I have honed a very dickish, particular listening taste. I like bands that have a distinct sound and style. I can tell you in the first minute of listening, “Oh, that’s Immortal” or “That’s the new Coalesce” However, I’m not going to be able to tell you which of the 10,000 Suffocation clones is currently playing.

OK, down to business. Since Deathspell Omega, Cult of Luna, nor Gorguts released a new album this year, I had a somewhat difficult time determining the number one spot. Here goes:

1. Celestial Lineage, by Wolves in the Throne Room

There’s not too much to say about this album that hasn’t already been said. With the last in their so-called trilogy, Wolves in the Throne Room deliver what I think to be their creative and musical masterpiece. On a more basic level, it seems as though they have combined the best of their last two previous albums to create this new one. One can tell meticulous and meditative detail went into the writing process and it didn’t come out as overproduced like one might expect, but rather it continues the organic, expansive, and majestic sound that Wolves in the Throne Room have become so recognized for.

There is not one skippable track on this entire album, and I thereby dub the most consistent one of my Top 10. Just as their last album was titled, “Meet Us At The Southern Sign” and was telling of their change of direction, so is their 2011 effort. These French black metallers have injected a bit of a NOLA bluesy Sludge into their particular brand of Black Metal. While the reverse has been happening in recent years (Sludge/Doom bands being influenced by Black Metal), the reverse has not happened nearly as much. The combination, as shown by Glorior Belli, is flawless. One of the most overlooked albums of 2011.

3. An Ache for Distance, by The Atlas Moth

Supposedly, “An Ache for Distance” is about the experience of touring and being away from your home, family, and friends for months at a time. For instance, it has been suggested that “Coffin Varnish” is about the mass consumption of alcohol that takes place for many bands while they’re on the road, and the (not just physical) effects it has. One can tell it’s a very personal and emotional record for the band, and thereby the listener as well. Musically speaking, the band continues down a path of forging their own creative identity. One can here nuances of Gothic Metal, Sludge, Psychedelia, and Black Metal.

4. Path of Totality, by Tombs

One (of many) great things about this 2011 release is that Tombs eschews the usual fragility of existentialist being that is prominently displayed in most Black Metal. Instead, they opt for an injection of tough guy NYC Metalcore. They specifically achieve this through the vocals and their pummeling rhythmic style moreso than anything else. As much of a disaster as that sounds, it actually increases the misanthropic intensity of the album. Combine this with elements of dark post-punk, and you have one of the best US Black Metal releases of the year!

Technically speaking, there is plenty to complain about concerning this record. The production is thin and brittle. Justin Broadrick’s vocals are completely buried. The drums sound like shit. From a purely emotional standpoint, I think this is Jesu’s best album since their self-titled 2004 release. Maybe the production is thin and brittle, just as our memories fade and our yearning for the past changes. Maybe Broadrick’s vocals are buried because that’s how he feels beneath this nostalgia. Maybe the drums sound like shit because…I don’t know. When Broadrick first set out to create Jesu, he wanted to create his version of pop music, and I think he’s been steadily coming closer and closer to that goal, no matter how shitty the production is. Also, “Sedatives” is the “metal” song of the year.

6. Murder The Mountains, by Red Fang

This album should be accompanied by whiskey, cheap beer, and cigarettes. It just plain rocks in that boozy, dirty, unpretentious way. Red Fang still wears there Melvins influence on their sleeve, but this collection of songs is much more memorable (even catchy) and thoroughly written than the songs on their previous album.

7. White Silence, by Cave In

Not metal enough? Don’t care! Throughout their varied career, Cave In has become one of my favorite bands. “White Silence” is the heaviest album Cave In has put out in over 10 years. It’s certainly not the most creatively groundbreaking of the quartet’s catalogue, but probably the ballsiest and punchiest. Even the lighter tracks have the ability to reach out from the speakers and punch you square in the gonads!

9. The Apologist, by East of the Wall

Not metal enough…again? Don’t care! East of the Wall combine progressive rock acrobatics and post-hardcore sentimentality into a stunning recipe. There is no stand out track and no stand out player. While each band member has an equal part of the pie as far as showmanship and interweaving rhythms goes, each track flows seamlessly to the next. This creates this year’s most fluid album while at the same time being fastidiously written and expertly played.

9. The Hunter, by Mastodon

Again, enough has already been written about this that I can’t add much more. This is Mastodon’s rock album. The tracks are more catchy and simple than anything Mastodon has in the past. They openly admitted that this album was put together quickly (which one can especially notice with the lyrics…my vote for worst lyrics of the year, actually), but to be able to pull a record like this off after releasing their most progressively influenced record in 2009, “Crack the Skye”, is impressive.

10. Roads to Judah, by Deafheaven

At first, I was a bit put off by “Roads to Judah” because it seemed like a constant barrage without any real sense of rhythmical variation, which happens to be a big pet peeve of mine when it comes to metal music. However, I gave the music some more time and I realized that it’s hypnotic the same way that many Black Metal bands are, such as Burzum and Weakling. However, Deafheaven execute it in a way that seems to transcend the void rather than getting lost in it. One only needs to listen to the opening of “Violet” to experience the expansive nature of their sound.

Honorable Mentions (in no specific order):

Destroyers of All, by Ulcerate

There were a few albums that people seemed to obsess over that I just didn’t get. Usually these albums would be something I’m into, but I just couldn’t find the magic in them.

Mammal, by Altar of Plagues

The Inside Room, by 40 Watt Sun

Biggest Disappointment (besides the obvious Morbid Angel and Loutallica):

Yeah, yeah, yeah. I said in my introduction that people gave them too much shit. However, I am basing my disappointment not from the change in their sound, but purely on the quality of the songs. Sad, though, because it’s probably the first time that Opeth didn’t make my Top 10 for the year. Eh, I’ll deal with it.

Most Anticipated Album of 2012: