WULF’S BEST OF 2010 EXTRAVAGANZA January 15, 2011 WULF
Uncategorized
0 Comment
judge dredd is gayMalicious Intentmark of the beast is gayspyder is a gay metal namethe jackhammer sounds like a pornstartop 10 metal of 2010Wulf 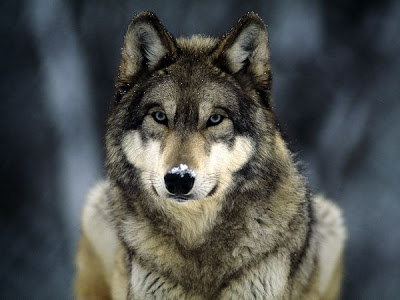 Yeah, yeah, it’s officially 2011 now, but I really wanted to wait till the end of the year to make my list for two reasons:
1. So that I could consider any releases by bands that pulled a Nokturnal Mortum and put out their album on like New Year’s Eve.
2. I could listen to as many releases as I could that came out in 2010. Granted, with the internet it’s now impossible to listen to EVERY release, but I really tried hard to listen to as much metal as I could. After reading tons of reviews in Decibel, online, and lurking in the metal-archives.com forum, I’ve decided to finally hop on the “Top 10 Metal of 2010” bandwagon, except I’m not putting mine in any particular order because I’m too scared. As the infamous Victor Continental would say, “OK, here we go!!” 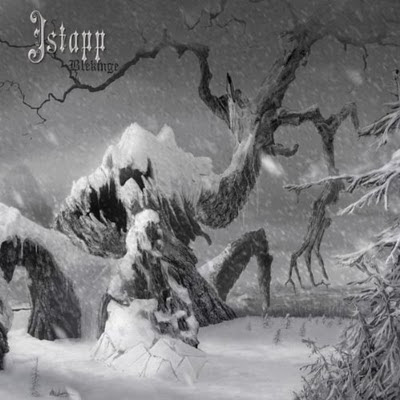 Maybe it’s because it was perfect for my trip to Alaska a few months ago, but this album is definitely special to me. I’m already a sucker for melodic, catchy metal, but throw in some majestic, frigid atmospherics and icy, grim riffing to make this one of my favorites of the year. 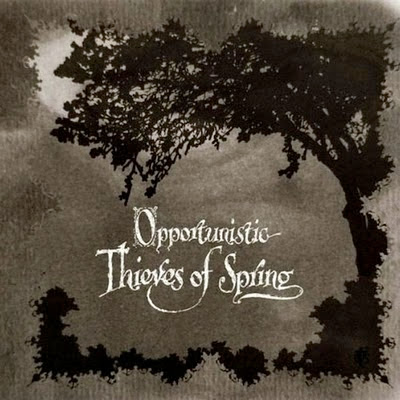 “Opportunistic Thieves of Spring” – A Forest of Stars

This is definitely one of the weirdest albums I’d heard in a long time. Mysterious, theatrical, and subtle are characteristics that make for a strange combination in the realm of metal, and it seems as if their surreal, avant-garde style might have turned a lot of people off. While it might be somewhat of an overstatement to claim that this album is a masterpiece, I believe it was both underrated and overlooked by many a fan and critic alike. Check these guys out if this sounds intriguing to you, or at least take the time to check out their bizarre official website and Myspace. A unique band, for sure, and “Opportunistic Thieves of Spring” is a damn good album. 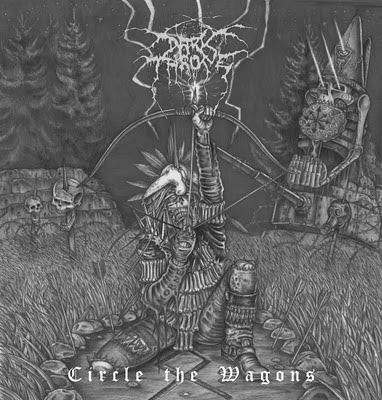 Probably my favorite of Darkthrone’s newer shit, “Circle the Wagons” had some of my favorite songs of the year, from the catchy-as-balls “Those Treasures Will Never Befall You” (I STILL sing the chorus to myself when I’m in the shower, or whistle it when I’m performing some mindless task at work), “I am the Working Class”, and the title track, to the grim atmospherichttp://www.blogger.com/post-edit.g?blogID=3816822085407156005&postID=1427525233847407219s of “Stylized Corpse”. The band’s liner notes are always interesting/amusing as well. Although Fenriz and Nocturno Culto crank out new stuff all the time, it’s clear that their creativity is at an all-time high right now. 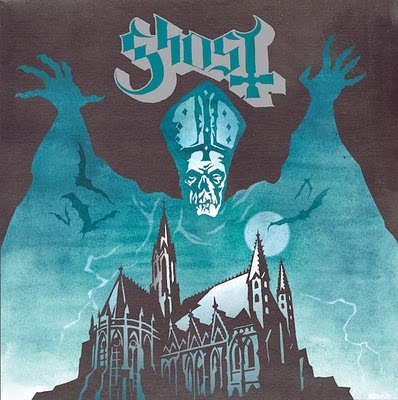 While this is pretty questionable as a metal release, it’s a great album nonetheless. Not too much to say, except it’s an excellent mix of 70s rock licks, proto-metal, psychedelia, and Satan! Can’t go wrong with that! Also, some of the catchiest shit I’d heard all year (on par with Darkthrone!). 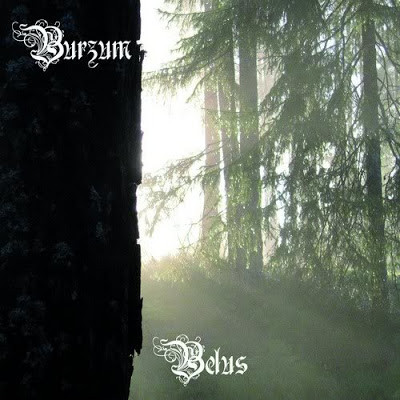 Uh oh!! Vargy!! Yeah yeah, this is the most controversial metal album of 2010, but I’m not ashamed to say that I’m a big Burzum fan and that “Belus” is a strong, solid return. Raw (but not TOO raw), hypnotic, and subtle, Varg wisely evolved his songwriting so that he’s not just rehashing the old Burzum days, which is something I believe most people expected. If you’re not into Burzum because of the crazy rantings of Mr. Vikernes then I understand, but just know that you’re wrong, a hypocrite, and missing out on one of the best albums of 2010!! 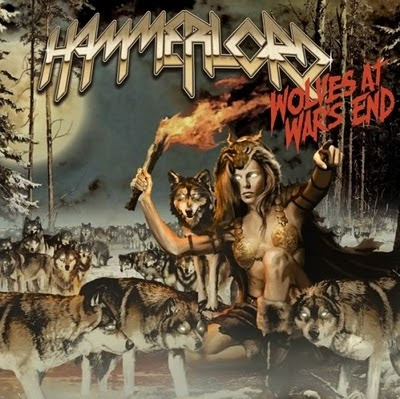 I might have a slight bias when it comes to Hammerlord since these dudes are my buddies and they’re a local band, but I don’t care. Like their previous album, “Wolves at War’s End” kicks a ton of ass, and it would be wrong to not include them on this list just because they’re hometown favorites. It’s too bad that Decibel Magazine couldn’t get into this album, because the aspects that the journalist who reviewed the album didn’t like are characteristics that I find to be Hammerlord’s strengths. While the band is definitely influenced by 80s thrash and heavy metal, not a retro band, and the “modern-sounding” production, variety of influences (death, black, groove) give Hammerlord a much more free, versatile style. The top-notch musicianship doesn’t hurt either, and “Tombstone Piledriver” is arguably my favorite metal song of the year. 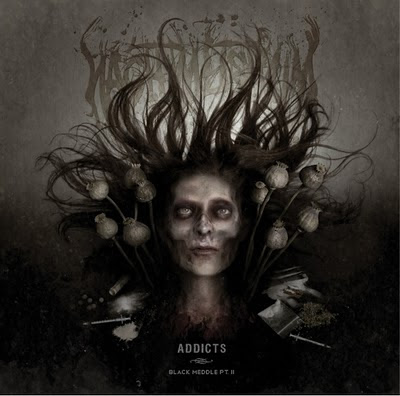 Pretty much anything that could be said about this album has already been done to death, so I’ll just say that while their new sound seemed to not go over too well with their fanbase, I dig the more “accessible”, experimental style. Blake Judd’s lyrics may be pretty lame, but his overall songwriting is killer. A worthy follow-up to “Assassins”, for sure. 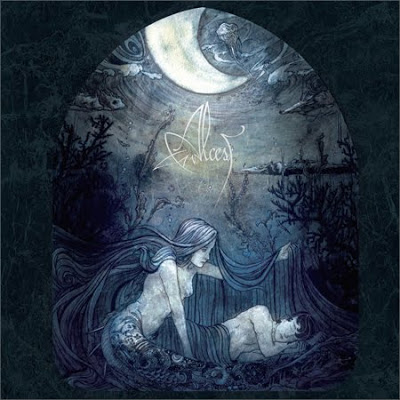 When it comes to describing Alcest, you’ll often hear words like “beautiful” or “haunting”. While “Écailles de Lune” definitely had more balls than 2007’s “Souvenirs d’un Autre Monde” by including screams, blastbeats, more aggressive riffs, etc., “Écailles de Lune” is no less of a beauty. 2010 was a strong year for French metal, and it seems like Neige is leading the charge. 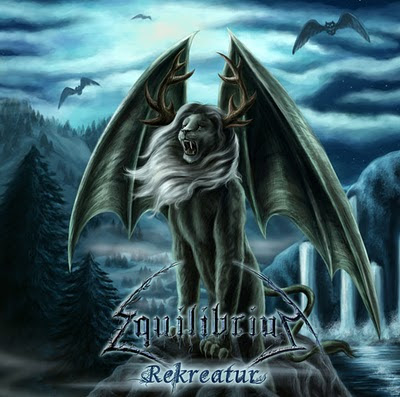 I’ll admit, this album didn’t grab me at first. I thought the cover art was pretty lame (and believe me, that’s saying a lot because I have no problem with cheesy album art…Manowar is my favorite metal band of all time for Christ’s sake!), and Mark of the Beast wasn’t having an orgasm over it like he did with their last two albums. I loved “Turis Fratyr” and “Sagas”, but I was afraid that with “Rekreatur” they had run out of ideas or rushed the whole thing. Upon actually listening to the whole album, however, I was clearly wrong. While “Rekreatur” may not quite be on par with the last two albums, it doesn’t matter. This album is everything you’d expect from Equilbrium- it’s catchy, majestic, and very, very epic. “Aus Ferner Zeit” is one of my favorite Equilbrium songs ever…even Judge Dredd likes it!! And he has a beard!! 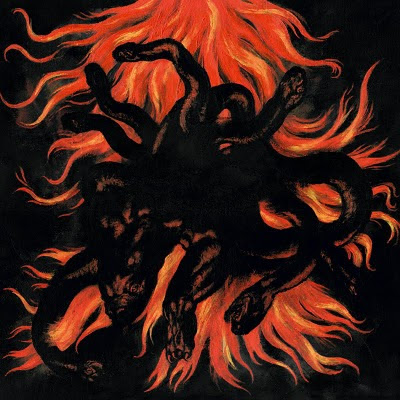 I really, really hate to admit it, but…I didn’t really get into this album until I watched the latest Harry Potter film. I know, I know…it’s really embarrassing to admit, and to make matters worse, this is the first Deathspell Omega album I’ve actually ever really listened to. I don’t know what the deal is, but sometimes I overlook albums simply because I only want to listen to them when I’m in the right mood or have enough time to really sit down and get into them…which is pretty much never. When Judge Dredd played “Devouring Famine” on Malicious Intent, I thought it was pretty cool but thought it just sounded like a black metal version of the Dillinger Escape Plan. Yeah, Deathspell’s interviews are amusing and make the band seem possibly much more evil than they really are, but, like I said before, this album really didn’t grab me until after I saw Harry Potter and the Deathly Hallows – Part 1. For some reason, when listening to “Paracletus” all I could think about was Helena Bonham Carter’s character running around shooting fireballs and laughing maniacally. The madness and inhumanity of the Death Eaters really seemed to sync well with my imagination and Deathspell Omega’s music. I know the band would probably kill themselves if they knew that that’s what their music made me think about, but who knows!? Maybe the dudes in Deathspell are huge Harry Potter fans, and Voldemort and co. are a huge inspiration to the band’s sound and I’m just the first to realize it! You never know…
At any rate, this is a modern black metal masterpiece, and while I still think that they do sound a bit like a black metal Dillinger Escape Plan, I would highly recommend this to anyone wanting to listen to some evil-ass shit.
—————-
And there you have it! That’s my list for 2010!! Here’s to 2011 being the second most metal year EVER (since, of course, the most metal year is obviously 2012 since the world’s going to explode or whatever)!!!!