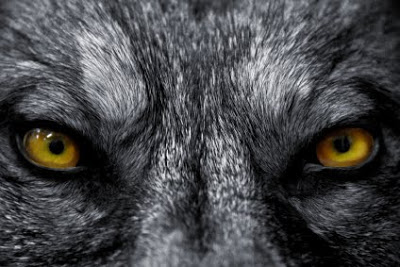 Well, well, here we are again!! 2011 was a hell of a year, went to Korea, living in Australia now, and, most importantly, enjoyed some killer metal releases during my travels! I really don’t have too much to say about 2011 that wasn’t already covered by Judge Dredd, he pretty much nailed it with this being the year of USBM really breaking through to the critical acclaim it deserves…however, I still can’t help but feel that 2011 was fairly weak compared to 2010. Last year, I had a tough time narrowing down my favorite masterpieces, but this year I found it difficult to come up with ten albums that I found to be truly excellent. Anyway, there are still some gems to be found, and I’ll also list some albums I thought were pretty cool but not worthy of the “Top 10”. Here we go!! 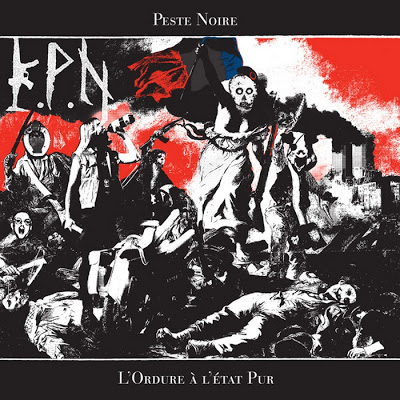 What a monster of an album!! I remember really digging this album and the strangeness of it all, but after reading this blog post and using this album as a soundtrack to a game of Plague & Pestilence with some friends, I felt like for me this was definitely going to be my favorite of the year…and I was right! Easily PN’s best since their debut album, controversial lyrics and themes aside, this album is absolutely nuts. Bizarre songwriting parodying modern French culture, batshit insane vocals, PN’s trademark sloppy playing contrasted with excellent musicianship (and Indria’s masterful fretless bass!), it’s not for everyone but will definitely appeal to the more adventurous audiophiles out there. As far as black metal goes, Famine is the new Varg. 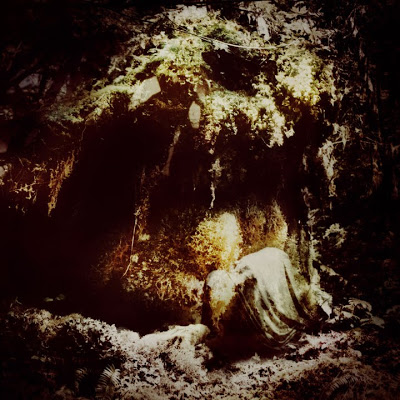 While I don’t feel as if Wolves are ever going to top 2007’s “Two Hunters”, there’s no doubt that “Celestial Lineage” and is THE BEST USBM album of the year. While it took me awhile to get into this album just because there’s so much stuff to explore in these labyrinthine tracks, eventually it really warmed up to me and found it to be a very rewarding listening experience. It’s these kinds of albums that make me feel like it was recorded in a cave somewhere, evoking the same essence of primitive rituals long forgotten. It’s sad to see that this is going to be their last album, but holy shit what a way to go out! 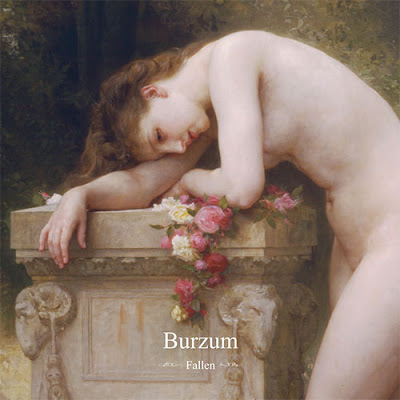 Speaking of which, the new Burzum album was amazing as well! I’m still sad that the interview didn’t work out, but while writing up questions I really got into this album and found it to be better than “Belus”. Of course you’ve got all the typical Burzum-style dirty riffing and hypnotic repetition, but also some of the most gorgeous melodies I’ve heard in black in quite some time. I’m definitely excited to see what else Varg’s got in store for us in the near future. 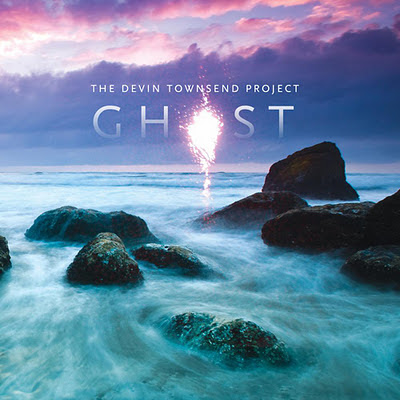 Easily my biggest guilty pleasure of the year, I can’t believe I enjoyed this album as much as I did. Ugh. I’d be embarrassed to listen to this while in the same room as someone else. Nevertheless, while for most people this might be The Mad Scientist of Metal’s weakest of his 4-album quadrilogy, this was my favorite…in fact, it might be my favorite thing Devin’s done since “Terria”, which is one my favorite albums of all time. There’s no metal on “Ghost”…instead, it’s a relaxing, pseudo-new age “journey” of relaxing, lush acoustics and peaceful atmospherics. Vomits. 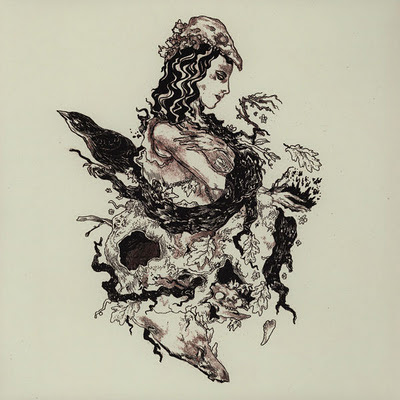 Now THIS album came out of nowhere…who are these dudes? While some BM fashion police might be turned off because these guys don’t “look” very “metal”, they obviously play their brand of post-rock-influenced black metal without giving a shit (while simultaneously not coming across as pretentious…sorry Liturgy). I found that Deafheaven gives me the same vibe I get from bands like Amesoeurs, Nachtmystium, and black metal artists that give off a strong “urban decay” vibe. Rainy, cold afternoon/evening in NYC black metal. 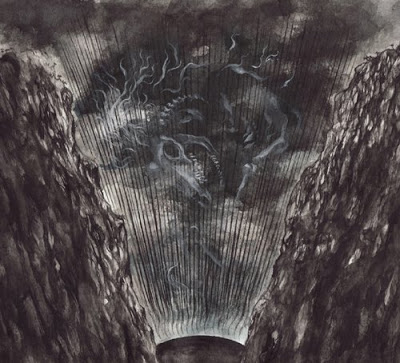 I’m not too sure what to say about this album, other than it’s “really good”. While it’s definitely in the vein of this rapidly-growing trend of “urban decay black metal” that all the kids are listening to these days (including me), I couldn’t really get into this album until I listened to it in complete darkness one night before going to bed. It definitely could be said that listening to albums like this makes ANY album seem a lot better, it’s really the only time that I could really get into it…in any other situation it just doesn’t do it for me. So if you’re reading this right now in the middle of the night and you can’t sleep, give this album a shot if you’re in the mood for some brooding, ominous post-black metal.

7. “Redemption at the Puritan’s Hand” – Primordial 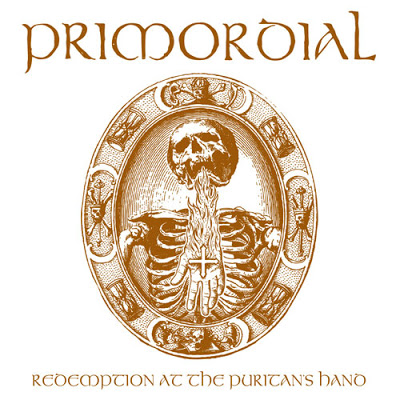 This isn’t Primordial’s best album, but it has some really killer tracks nonetheless, with “No Grave Deep Enough” and “Bloody Yet Unbowed” being two of the best metal songs of the year. I didn’t get into this album as much as their previous two, but who knows, maybe it will grow on me. Still, Nemtheanga’s lyrics and vocals are, as usual, top-notch, and
this is definitely a welcome addition to Primordial’s excellent line of great releases. 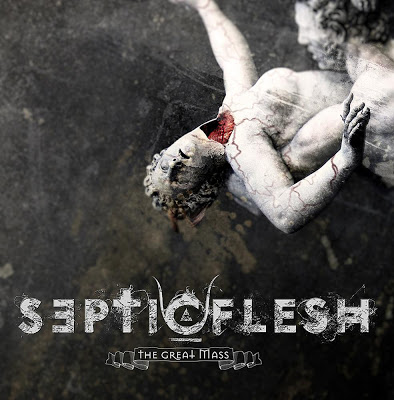 While overall not a superb album, some of the highlights are definitely worth listening to, such as “The Vampire of Nazareth” and Fotis Benardo’s superb drumming. When listening to this album I get the same sort of “exotic” vibe that is similar to when I listen to other Greek metal bands such as Rotting Christ. The adventurous, epic atmospherics always gets me going, and coupled with mysterious, occult lyrics and excellent production makes for a very rewarding listening experience. Definitely planning on getting into their back catalogue and reading some interviews! 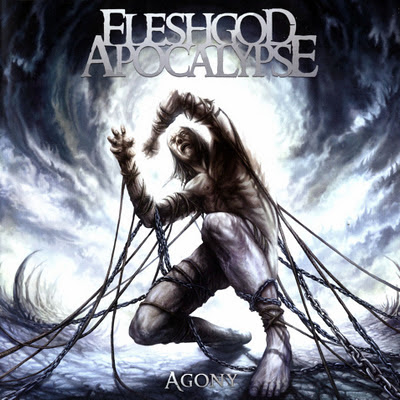 Seriously balls-out symphonic death metal. I’m not really sure what else to say, but besides the batshit drums, this album is completely over-the-top with its overblown orchestrations and frantic energy. When you combine cheesy Italian power metal and ridiculously brutal, blasting death metal (think Hate Eternal), this is what you get, and it’s a hell of a lot of fun! 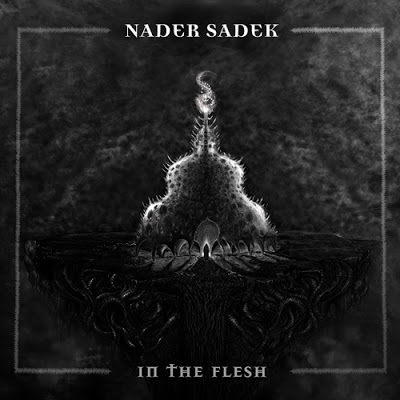 While not quite as ludicrous sound-wise as, say, Fleshgod Apocalypse, the drumming on this album (courtesy of Cryptopsy’s Flo Mournier, one of the best extreme metal drummers EVER) is what does it for me. It’s as if Flo is compensating for his relatively recent embarrassing ventures (“The Unspoken King”, Digital Doomzday, cutting his hair) by unleashing absolute hell on his drum set. Seriously, this shit is nuts. It’s also worth mentioning that you’ve got Blasphemer (ex-Mayhem) on guitar, Nicholas McMaster (Krallice) on bass, and Steve Tucker (ex-Morbid Angel) on vokills, and the whole project directed by Nader Sadek (responsible for Mayhem’s live visual atmospherics). While the whole album is good, Flo’s drum performance on this album is what makes it for me.