Metal Inspired by the Works of George R.R. Martin 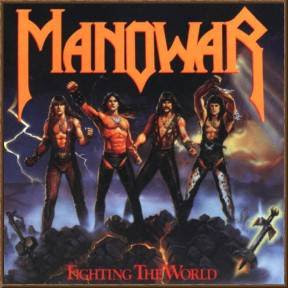 Since the premiere of the HBO series Game of Thrones, a whole new group of people have been introduced to the vivid world of writer George R.R. Martin. Martin’s high-fantasy series Songs of Ice and Fire, which includes the novels A Game of Thrones, A Clash of Kings, A Storm of Swords, A Feast of Crows, and the newest novel A Dance of Dragons (released last month), centers on a fantasy world ripe with complex familial structures, rich history, and more blood and sex than you can shake a longsword at. Martin’s detailed writing style provides the viewer with Tolkien-esque detail – and he has rightfully gained legions of fans, as well as attention from the metal community.

Anyone who has spent even a minimal amount of time listening to metal or loving fantasy genres can see the connection between the two. The influence of fantasy in metal spans as far back as the 1970’s and early 80’s – for starters, just listen to any Led Zeppelin album or watch the animated film “Heavy Metal.” Themes of blood-soaked battlefields, alternate worlds complete with intricate geography, dragons, war screams, magic, and Medieval politics can be found in both. References to Tolkien can be found in the stage names and band names of many a metal act (Count Grishnakh, Amon Amarth, Radogost and so on). Not to mention fantasy is at the core of much Symphonic and Power metal. The armor? The Furs? Come on, it’s obvious – epic sounds to accompany epic topics.

Wait, you mean this stuff isn’t meant to be taken literally?

A relatively young fantasy series, bands that have dedicated themselves to setting Songs of Ice and Fire to music are few and far between, but on my hunt to identify and listen to as many as I could find, I found that even older staples had slipped some Martin-love into their recent releases.

Here’s a list of bands who have either created entire concept albums based off of Martin’s ideas, or written songs using his world as inspiration. Some were pleasing to both the metalhead and the fantasy nerd in me, others, eh . . . I’ll let you decide.

As if the name didn’t make it obvious, Winterfell gets their namesake from the Northern stronghold of Winterfell in Westeros, home of the Stark family at the beginning of ASoFaI. The thing that struck me hardest were how mind-splittingly awful this band’s guitars were, it was hardly uplifting. The lead singer switches between smooth singing, to wailing, to growling, creating a very inconsistent and unpleasant feel to the music. All together, Winterfell sounded like a power metal garage band. Their EP “Winter is Coming” (the Stark’s family words) contains a title track describing the harsh living conditions in the North: “Cast out, unwanted, the Others will take you! We’ve warned that Winter is almost upon you”

It was scarier when Septa Mordane said it.

After only one EP and one full length album, Winterfell are listed as currently on hiatus, because according to the MA, all but one member quit.

So far, the definite cream of the bunch. Seven Kingdom’s first release “Brothers of the Night” is a good listen from beginning to end. A solid album, Seven Kingdom’s present us with tight melodies and a good amount of shredding. Oddly enough, lead singer Bryan Edwards sounds a helluva like the guy from Candlebox (remember them?)

Seven Kingdoms went through a significant line up change before recording their second album, 2010’s self-titled release, including a new lead singer (Sabrina Valentine). While the band’s power metal sound and fantasy narrative lyrics still exist, it would appear that the band has moved away from Martin’s works as lyrical topic to a more generic fantasy theme. 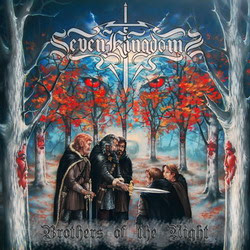 This sword on your shoulder means you can’t get laid anymore.

There have been a lot of buzz about Arkngthand in certain ASoIaF forums due to the fact that this lesser-known band released an entire concept album titled “Songs of Ice and Fire” last year. Their second full-length album I would not hesitate to call a two-star performance. While the references to the series are clear (almost too much so – the lyrics contain very little creative interpretation) the entire album sounded to me as if someone took a fair-to-typical power metal LP and played it on a slower setting (let’s say, a 45 on a 33, or something). Painful and cheesy even in a genre renowned for its cringing cheesy-ness. The only highpoint to the album for me was the song “The Waterdancer,” which is about Arya’s training under Syrio Forel.

While I found the musical stylings of Arkngthand lacking, the lyrical content might be enough I feel for any hardened fan of Martin’s to at least consider them an interesting anomaly.

You can find the entire album on itunes (and no where else, it would appear). 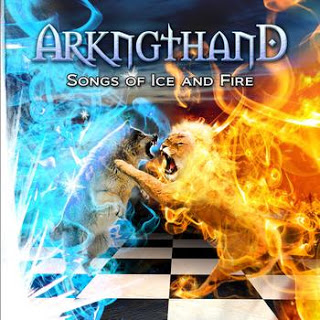 While their are no definitive ties between Hammerfall and Martin, their 2005 album Chapter V: Unbent, Unbowed, Unbroken (and a track on that album “Take the Black”) are titled after phrases from Martin’s series. “Unbent, Unbowed, Unbroken” are the words of House Martell of Dorne, and “to take the black” is a phrase used throughout the series to indicate going to work on the wall.

While the lyrics of “Take the Black” are ambiguous at best when compared to Martin’s work, it’s still a bit of a coincidence, no?

Speaking of taking the black . . .

This one threw me off. I had been listening to The Sword for a few years before reading Martin’s series, and only recently made this connection. The song “To Take the Black” found on the 2008 release “Gods of the Earth” is about, well, taking the black on the wall. While no a huge stoner/doom fan, I’ve always appreciated The Sword’s lyrical stylings, and this song is no exception. There’s something about combining acid-drenched stoner rock with geeky fantasy (and picking quite the depressing scenario to sing about) that makes it irresistible.

Blind Guardian (Germany)
No strangers to fantasy literature (Nightfall in Middle-Earth, anyone?) German power-metal veterans Blind Guardian’s latest album At the Edge of Time not only contained tracks about the writings of Martin, but Tolkien, Micheal Moorcock, Peter S. Beagle, and Robert Jordan as well.
Two of the tracks off of Wheel of Time are about Martin’s characters – “War of Thrones” and “A Voice in the Dark” which is about Bran Starks dreams of the crow during his bed-ridden months. 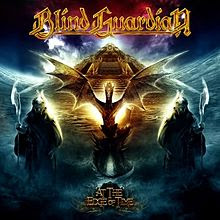 See what I mean? Dragons aplenty.

If you want to hear a few of the tracks discussed here, here’s a link to an 8-tracks mix I composed especially for this article:

You’ll also find mixes containing the tracklists from my metal radio show “The Catacombs.” If you live in Douglas County, KS, listen in Tuesday nights from 10-Midnight on 89.7 FM starting in September.

Also, here’s a link to another super-nerd who recorded his own metaled-up version of the Game of Thrones theme song, complete with a free mp3: