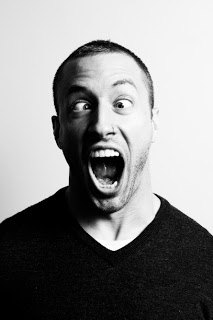 We’ve all been there. You eat a little bit. You tell your friend a few minutes later, “Man, I don’t feel anything.” Your vastly more experienced friend says, “Just chill out, man. Drink some OJ or something.” Instead, you grab the bag and ingest another handful or two…and BOOM! Half an hour later, you’re wading through a cavern up to your waist in skim milk. Phosphorescent lights flash at random, supposedly leading your way, but instead they become disorienting. You need some fresh air. You hold on for dear life as you make it outside to your front porch. As you watch the ground recede from your front porch, you wonder to yourself, “If the forms of this world die, which is more real: the me that dies or the me that’s infinite?”

All this happens as everyone else in the room is watching you writhe on the floor as if you’re having a seizure, while mumbling something about “Banana phones.”

It sounds like Greg Puciato of The Dillinger Escape Plan had a similar experience a few days ago. Read his statement regarding it here.

Say what you want about the inexplicably heedless use of recreational drugs by some musicians (OK, A LOT of musicians)…and sure, he held up some emergency response workers…but it still makes for a hilarious story.