Interview with HADES The Violet!!

Interview conducted via email in May, 2013. 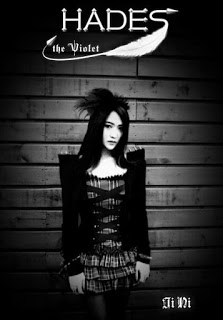 WULF:  Thank you so much for doing this interview! Would you like to tell us a little bit about yourselves?  Who are you? What does your band name mean?

HADES THE VIOLET:   We are a Korea-based Hybrid Gothic Band called Hades the Violet.  The band name has two combined meanings: Hades, as you know very well, is the god of underground in greek myhology and he has a power of darkness, but also sad sensibiliy following to his love story with Persephone. Basically our music is much similar to this contrary image of the God. The color of viloet, which is followed to Hades, has a mysterious and beautiful image and this is the image that our band wanna add up on our music.

WULF:  How would you describe your sound? What other artists are your biggest influences? 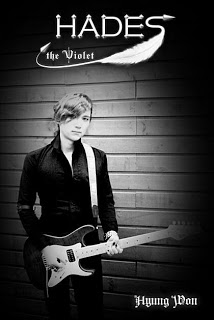 HADES THE VIOLET: There is no specific musician who effects on our music. We pursue the sensibility of opposite extremes : Masculity of powerful and fast rythme of drum, guitar and bass and Femininity of beautiful, but sad melody of vocal and keyboard.

WULF:  Can your recommend to us any specific films or literature that are especially influential in the creation of your music?

HADES THE VIOLET:  More or less, our music has been effected by fantasy novels, gothic arts or greek mythology, not by any specific film nor literature. 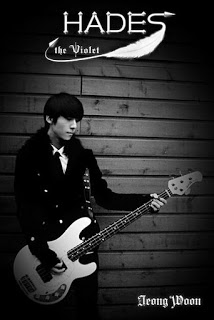 WULF:  You are playing a gig at the Asia Metal Festival 2013 here in a few days.  What can your fans expect to see from your live performance? What are you hoping to accomplish?

HADES THE VIOLET:  As we already mentioned above, we would like to show the harmony of power and beautiful, and gloosy perfomance.

WULF:  What are your plans for the near future? Any more shows, or perhaps a tour?  Also, are you going to be releasing any music?

HADES THE VIOLET:  We are currently producing our EP and as soon as this will be completed, we are planning to have a solo concert.   After that, we will have a concert in Japan.

WULF:  That’s all the questions for now!! Any final comments?

HADES THE VIOLET: Our music is based on Gothic Metal, but we would like to be a band which shows its own color of music and isn’t stereotyped. We hope to have your support and interest on our music. Thank you! 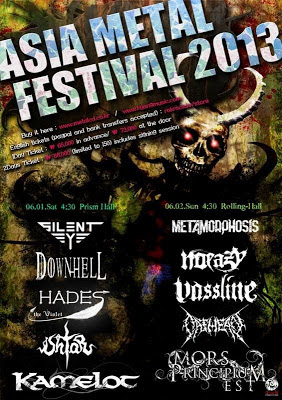