Interview with Serpent Est of Kaiserreich!! 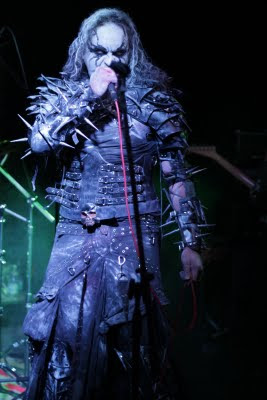 WULF: Congratulations on successfully executing a great work of black metal art! I know “Ravencrowned” has been out for over a year now, but I am just now hearing it for the first time? Is it being re-released by your new label, De Tenebrarum Principio/ATMF, or what’s going on?

SERPENT EST: Thank you, Wulf.  Actually, Ravencrowned is out now (2011) for the first time ever. We recorded the album in Fall, 2009, and we planned the album for 2010. We had also prepared a video trailer for the album with the 2010 release date. I guess that’s the reason why so many guys think the album was out in 2010. We spent lot of time due to the fact we changed the mixing ’cause the guitars were digitally recorded and we didn’t like the result. So we had to play the data streaming through analog guitar amplifiers and re-record what was coming out. Then, we spent time in search for a label that was interested in our band, and after lot of time we finally signed with De Tenebrarum Principio/ATMF for two albums.

WULF: I read in an older interview you’ve done with Xag (USBMS) that you felt that at that point in the band’s history you hadn’t had a chance to evolve or develop into a truly elite black metal band. Do you feel like you’ve achieved that state following the release of “Ravencrowned”?

SERPENT EST: Our goal and ideals have changed a lot since the beginning. We really enjoy playing the new songs live and that’s a very important thing that most forget about. You should consider that playing again and again and again the same songs is pretty boring. We composed these songs by the end of 2009 and the album is out now, in 2011. We’ve been playing those songs for a very long time and we’ll play them again for the upcoming months but we still like it. That means that WE are satisfied by the album and that’s the most important thing for an underground band. If you make money from your music you won’t care too much about it, ’cause it’s a job. But if you do it just for passion, you need an immediate reward. Our reward is to play something we’ve done and something we like.
What we’re aiming to accomplish is to have a great response from the people who participate in our shows. We would be happy to have good reviews on the net and good feedback from the fans, but the most important thing for an underground band should be the live trial, when you have to play in front of the crowd, taking your energy and theirs and mixing the whole thing into something relevant.
An underground band shouldn’t care too much about selling albums, nor about criticism, there are too many website out there and there are too many guys that have no time to waste with minor bands like ours, so they will listen just 30seconds per songs and write a generic good-for-all-seasons review. We are reading lots of bullshit on our Ravencrowned. Someone’s telling that our album is nothing but blast-beats, a Marduk-alike thundering strikes, but our album is filled with melody from the beginning to the very end.
Surprisingly, the best reviews we got are coming from U.S.A. and U.K. which aren’t supposed to be Black Metal countries…
Of course, I’m not telling you that our album is something memorable. I won’t fool myself with such delusions. Ravencrowned is an honest album conceived by an honest band, nothing more and nothing less. But beware of the internet reviews ’cause with this widened community of people, every cunt out there is spreading his own irrelevant truth.

WULF: Unfortunately, the digital promo copy I received of “Ravencrowned” didn’t include the lyrics. Would you care to discuss some of the lyrical themes of the songs on this album?

SERPENT EST: Sure. The whole Ravencrowned album is a concept about the “Kaiserreich”, which means “Empire”. The concept of the Kaiserreich was first told on a track from our first album which is entitled “Ravencrowned”, itself. That track depicts the last chapter of the Ravendom (the Empire). Now we’re narrating one of the previous events of this dark-symbolic fantasy which I often explain as a “Tolkienan Mordor mixed with the warlike code of Sparta”. The whole story is drenched with honor, sacrifice and loyalty. And death, of course.
To be honest, I like the story I conceived but it’s a bit twisted to be followed on the booklet for different reasons. First and foremost my bad English. I didn’t spend much time on grammar at school, nonetheless I forced myself to write metaphorical lyrics. I guess that those with English mother tongues will be horrified! But for non-English speakers (which are the majority of the audience) it should work well enough.
Secondarily, the whole story is about a world that the album unveils just a bit. I’m working on a paraphrase of the whole concept in order to bring to light the events. For example, in one line you can hear the phrase “hornless undeserving mob”, which is a symbol of weakness ’cause in this world everyone wields horns on their heads and the horns are a symbol of strength and honor. But there are is no line where this is explained, so the line could be unclear (yet evocative, I guess).

WULF: The album cover is really cool. Who is the artist and how did you get in touch with him? Obviously, the art depicts some sort of infernal creature (or perhaps Satan himself)…would you care to elaborate on this?

SERPENT EST: The artist name is Michal Klimczak, and we found him on the net. He’s a Polish guy, very skilled with digital art. The artwork was chosen because of its evocative power and the fact that it’s a bit different compared to the underground black metal black/white covers. You can find some of his work here: http://grishnackh.digart.pl/
Without lyrics it’s easy to confuse the subject with Satan, but it simply depicts the Emperor, ruler of the Ravendom. 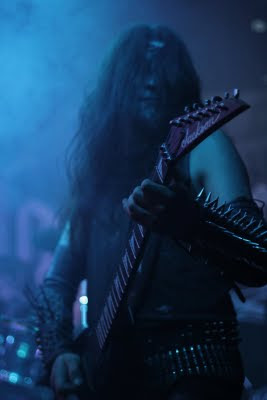 WULF: Can we expect a music video for a song off of “Ravencrowned”?

SERPENT EST: Well, I guess it’s probably too late for that. We would love to shoot a video from a song and we planned to do it, but the time passed and now we’re already working on the new album. Besides, a video nowadays should be very well planned and executed. A video such as Satyricon’s Mother North would be hilarious these days…
We are still interested in some video release, but we don’t care too much at this time. 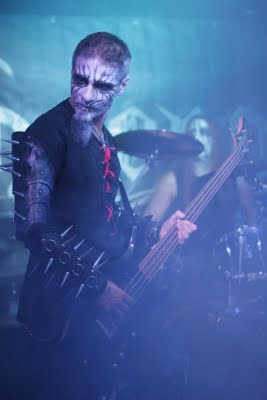 WULF: I’ve read several Kaiserreich interviews, and you always seem like pretty down-to-earth guys. You’ve mentioned that offstage you have many interests, but I was curious as to your literary interests and inspirations. Do you have any favorite writers or authors that particularly influence your music or life in general?

SERPENT EST: Oh jeez! Of course we’re down-to-earth guys, we aren’t in the ’90s! Saying that I don’t mean that the ‘true black metal bands’ have disappeared, I’m simply saying that they didn’t ever exist. Nowadays, you can’t pose as what you’re not ’cause with the net you’ll be unmasked in a very short time. Of course there are lot of morons out there that pretend that they themselves are ‘evil’, but I tell you, no one whose involved in playing music could be really evil.
About our offstage interests I can answer only about myself. Besides my job, which is pretty boring, I’m involved as a screenwriter for a small group of filmmakers named Hive Division. About the literary authors I do not have any preferred name but I’m oriented towards sci-fi themes. No authors have a real influence on my life, I’m a very lazy guy but not so much to plan my life on another guy’s words.

WULF: This is a question based solely on my own curiosity, but being a black metal band I’m sure you’ve met and toured with some musicians with quite eccentric and radical personalities. Of all the bands you’ve played with and/or toured with, who would you say is the craziest, or most wild/unpredictable? Does the northern Italian black metal scene have its own share of intense, thriving, underground black metal shows and bands, or is it a smaller, more laid-back collective?

SERPENT EST: The Italian black metal scene is smaller than an ant’s asshole! There are lot of bands of course, but most of them aren’t that good and, usually, they don’t tour too much outside Italy. By the way, the audience is pretty small for black metal bands but I guess it depends on the genre itself. You should consider that the last world-renowned black metal band is Dark Funeral (which has been playing since ’93), all the other black metal bands remains confined into the underground scene. I don’t think it depends on the decision of the bands to maintain a low profile for themselves, it depends on the diffused lack of interest for this kind of music.
About the guys we played with, you surely understand that I won’t give you any single name in respect of others privacy. Nonetheless, we’ve met some noticeable guys. There were one guy which was completely high on cocaine and he was loudly and CONTINUOUSLY sniffling his nose. On another gig, I asked another band for a mirror to put on corpsepaint, but once I needed it, they were using the mirror to sniff some coke. There are lot of guys in the scene that are devoted to coke as most of people here in Italy. I tell you, these guys are total losers to me. Another guy was cutting himself with a razor blade whilst he was talking to us. He was totally drunken (and probably high) and he was cuttin’ his arms with the blood spilling on the ground, then he offered the razor to us in the same way someone could offer a beer. I tell you twice, these guys are losers: misery is a sign of weakness. If someone’s unhappy, he should be very unlucky or very stupid. 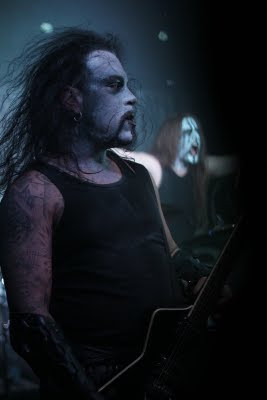 WULF: What are some future plans for the band? Are there plans for a DVD? What about a North American tour?

SERPENT EST: We’ll play in Czech Republic this July, then we’ll start recording the tracks of our third album which is already composed. We’ll play as more as possible in order to support our new album but we’ll play in Europe the most. We also have some contacts for Russia and Mexico but we have to plan it carefully. We would love to play in U.S.A. but we have no contact for such tour. If someone’s reading is interested in hiring us, just send us an e-mail!
A DVD would be a nice idea too, but we never record video material of our shows. Again, this is something one should plan a lot before shooting. We refuse the idea to sell a DVD with a single camera placed behind the shoulder of those who’s watching the show. 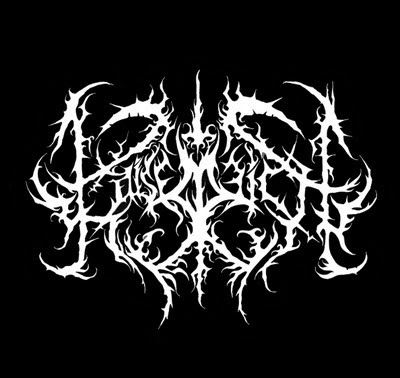 WULF: Thank you so much for taking the time to talk to me! Any last words or final comments?

SERPENT EST: No way, I’ve been delighted by your questions. It’s great that people like you are spending their time to promote underground bands so, thank you so much. If someone here’s interested in Kaiserreich, please follow the link to our brand new website: www.kaiserreich.it 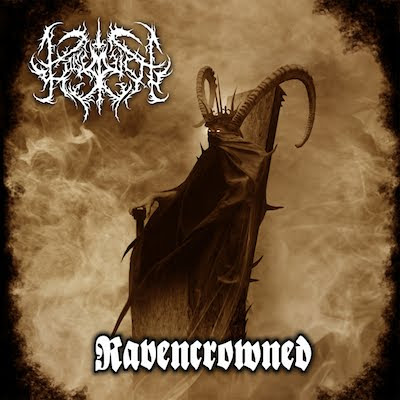