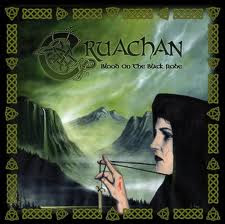 Ok, I know, I suck. What is it, almost February already? Sheesh. My apologies for my poor time management skills, but my blogging has recently been competing with my preparations for an upcoming show (shameless art plug here: caterichards.net). Finally, it is time.
Being dead last in the group, many of my top albums from last year have been covered nicely already, but there’s a few I feel I can add to the pile. I agree with both Dredd and Wulf’s sentiments that 2011 was a strange one for metal. Even up at the last minute bands were being dropped, added, and rearranged on my list, and while there were many great albums this year there were few that I felt were truly masterpieces from beginning to end compared to 2010 and 2009, although I believe I listened to more new music this year than any other. While there were many albums I thought were good, almost none were safe from some sort of scrutiny. I believe I’ll just refer to this year as “The Year of the Pretty Album” because there were a lot.
Without further ado:

10. Cruachan: Blood on the Black Robe
To tell you the truth, I never expected Cruachan to make a “best of” list written by my hand. I’ve always clumped their more recent music into a certain category: another anomaly that when you hear the words “Celt Metal” whatever you imagine in your head is exactly on target – no real surprises. Their previous release, 2006’s “The Morrigan’s Call” was to me orthodox and a little fun at its best – riddled with pipes and upcycled covers of traditional folk songs. But “Blood on the Black Robe” is different. While the traditional elements and instrumentation remain the somewhat the same, it smashes any notion of predictability. Almost every song is a dogmatic call to arms, rife with the anger felt by a proud ethnic group defending its culture against invading outsiders. Sticks out among many other battle-metal bands as a rawrer, more genuine alternative to Turisas and others. Side effects of this album include a shelighleigh suddenly appearing in your hand and a quick onset of blood lust. 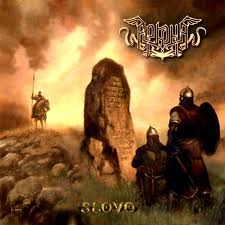 9. Arkona: Slovo
What an album! While I figured Arkona would have a hard time outdoing their last two releases, “Slovo” (meaning “word” in Russian) adds a new flavor to Arkona’s recipe. Symphonic elements, sidewalk organ grinder melodies, a few black metal riffs, along with Arkona’s staple dancy folk tunes come together to create a rollercoaster of an album. With each new release, Arkona seem to push themselves bit by bit, and I’m excited to see what’s next. 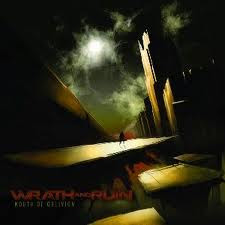 8. Wrath and Ruin: Mouth of Oblivion
So I have a local bias, what of it? Actually no, the local love has little to do with it, this album is a true contender. I was on the edge of my seat for months waiting for this album to get finished, and when I finally got my hands on it, it was on repeat for a solid week. With “Mouth of Oblivion” Kansas band Wrath and Ruin create a unique experience of “sci-fi metal” extending well beyond just the lyrical content and into the music itself. Eerie synth paired with an extraordinarily tight rhythm section, sound clips about Area-51 and conspiracy theories, topped off with Godfleshian vocals belting out lyrics about other-worldly lifeforms mesh to create something that appeals to both the metal snob and the geek in all of us. I’d like to note here that my local-love extends further, and that black metallers Stonehaven’s demo would have made this list had it not been a demo. 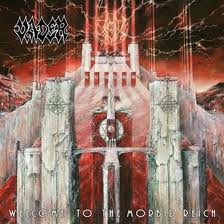 7. Vader: Welcome to the Morbid Reich
“It’s Vader, and that’s just fine” is the phrase I’ve been using to justify this albums presence. For twenty years and gobs of releases, the Vader formula has withstood, and this album is no exception. 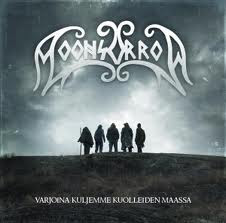 6. Moonsorrow: Varjoina Kuljemme Kuolleiden Maassa
I’ve been abbreviating this album VKKM since this album’s release because, even by metal standards, this title is a doozy. According to an MA user the translated title is “As Shadows We Walk in the Land of the Dead.” Finnish is weird. Anyway, Moonsorrow is an incredibly talented band, and with this album the folk is elevated to grandiose levels. Four tracks all topping ten minutes, sandwiched between interludes of a traveller walking through snow and grass, narrates a story that surely involves death and transcendence. The sheer beauty that Moonsorrow manages to create with their playing on this album is astonishing, and there is a wonderful sense of mystery and longing to the whole thing. 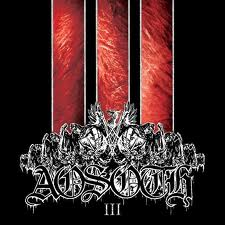 5. Aosoth: III
I’ve always had the theory that many metalheads are closeted electronica freaks. I know I am. One of my favorite things is when aged black metal bands incorporating electronica into their music (a la Dødheimsgard, Beherit, etc…) and while Aosoth may not be the oldest BM band, their music reminds me of those great combinations. Like contemporaries Deathspell Omega and Blut Aus Nord, Aosoth manage to create a scary atmosphere with their approach to production and delivery – the entire album seems to have been blanketed in subtle white noise, with elongated droning and shifting tones hovering in the background of the chaos, all held together by really catchy guitar work. Another point scored by the French. 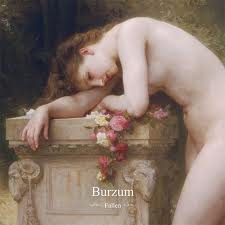 4. Burzum: Fallen
In early Spring, as last year’s snow was thawing and only a little bit of green was starting to show on the barren Kansas fields, I embarked on a two day trek to Northern Kansas for a photography
project, capturing abandoned buildings and deserted towns. Everything up there is at least 10 miles apart, so when travelling from one destination to another, I has nothing but barren, grey fields to watch while I sped my rumbling 93′ Volvo over hills and across fields. The whole time “Fallen” blared through my headphones, creating the perfect soundtrack. Gorgeous, continual melodies paired with Varg’s distant singing accompanied me as I searched for inspiration, and listening to such a album made it easy to see the beauty in the drab. While Burzum is well known for contributions to the world of screaming, lo-fi black metal, the man sure knows how to make a something truly beautiful. 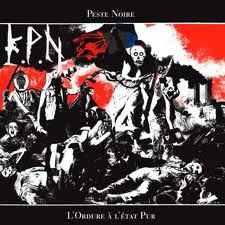 3. Peste Noire: L’Ordue à l’état Pur
I catch myself saying “That’s so French” quite a bit. What does that mean, that something’s French? I think it has to do with identifying art (of all forms) associated with a culture that is responsible for the term “avant-garde,” often stereotyped as hyper-sexual, and has been at the forefront of all things arty and experimental for hundreds of years. So things rooted in history, arty, a little crazy, and fucking filthy. That’s Peste Noire. In this case, all these descriptors work to create one hell of a “French” album. PN’s historical sensibilities and off-color twists are still present, but this album made me do something I never thought I would while listening to a PN album – dance. Sound clips of whippings, techno beats, and Famine’s spitting, rageful vocals will make almost any listener feel very unsettled, but yet groovy and aching for more. Who knows the proper way to listen to a Peste Noire album? I imagine it involves a kiddie-pool full of entrails, a burning French flag, and maybe a pig. 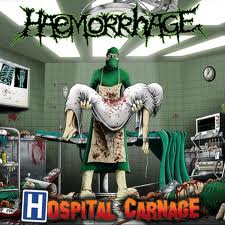 2. Haemorrhage: Hospital Carnage
I like goregrind for the same reason I like horror movies – that inner ten year old that loves gore and feckless blood. Call it a response to a life mostly free of danger and horror, but I can’t help but crack a smile at a really good grind track. A few notes into this album, and I knew it would make this list, not to mention that the theme of hospital terror is a great one (The Re-animator? Audition? Dead Ringers? All great films). With “Hospital Carnage,” Spanish band Haemorrhage continue their sick investigation into medical mayhem, and tracks like “Splatter Nurse” and “Amputation Protocol” will have the listener reeling. I refer to Haemorrhage as the “F- of Grind” for both their gender make-ups, angst-ridden delivery, and distinct call-and-response set up, which all together creates a bloody masterpiece of gg. 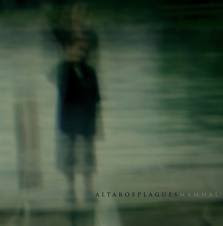 1. Altar of Plagues: Mammal
While not an American band, Altar of Plagues’ sound fits nicely with the current trend of USBM in the spotlight. It’s rather exciting to see such a new musical movement come to fruition before my eyes (despite the perceived dissent of many a purist) and I can’t wait to see how far it will go. Call it by whatever name (post-metal/experimental/nature-orientated) but it amounts to groups sculpting the traditional idea of BM into something more concerned with concept rather than shock value. “Mammal” is a highly appropriate name for Altar of Plagues latest, and album which Invisible Oranges reviewer Justin M. Norton wonderfully called “warm-blooded, a deceptive predator.” The music on this album is so thick, it does feel alive – an intricate lacing of systems that when charged by the beating of a heart begin to move. The echoes of drawn out-notes and racing beats invite the listener inward, and provides them with an ability to reflect. This could very well be the first album marking the beginning of Altar of Plagues mature works. Compared to their last two releases, with this album song lengths went up and the music became much more concise. Great, great album.
Also worthy of note:
LOVED: Fen – Epoch; Falloch – Where Distant Spirits Remain; Kampfar – Mare; Dalriada – Igeret; Crowbar – Sever the Wicked Hand; Meek is Murder – Algorithms; Amon Amarth – Surtur Rising; Oakhelm-Echtra; Glorier Belli – The Great Southern Darkness; Kroda – Schwarzpfad; Mastodon – The Hunter; Ulver- Wars of the Roses; WITT – Celestial Lineage; Origin – Entity; Woods of Desolation – Torn Beyond Reason; Sylvus – The Beating of Black Wings; Devin Townsend – Deconstruction/Ghost.
NOT LOVED: Korplikaani – Ukon Wacka; Pathology – Awaken to the Suffering; Morbid Angel – Illud Divinum Insanus; Jesu – Ascention; Krallice – Diotoma; Blackguard – Firefight; Batillus – Furnace.
HAVEN’T GOTTEN TO YET: Tyr, Primus, Absu, Tsjuder, Insomnium, Anaal Nathrakh, Autopsy, Ulcerate, Primordial.