Home / Uncategorized / Option Paralysis: It’s Me Or The Drugs!!!

Option Paralysis: It’s Me Or The Drugs!!! 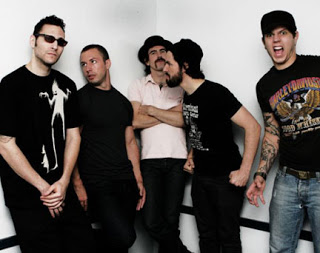 Despite the title, this is not intended to be a post focusing on gossip. A little while ago I pointed out that Greg Puciato of The Dillinger Escape Plan (DEP) publicly stated that he had the trip (*wink, wink*) of a lifetime. Read Greg’s original statement here.

Metal Insider recently posted an interview with Ben Weinman, guitarist and main creative force behind DEP, in which he touched on various subjects related to Greg’s drug episode. Ben maintained that the creative process for DEP has always been drug free (although he mentioned ingesting pots of coffee MULTIPLE times throughout the interview) and that he has always been straight edge. Still, Ben assured everyone that this event was “less than a hiccup” within the internal relationship of the band.

On the Metal Sucks post about this very subject, there was a shit storm of user comments regarding the place that recreational drug use has in the creation of music. I won’t get into that
because, obviously, drugs are great and also great for music and musicians.

As being a member of multiple bands in the past (albeit, local bands), I can safely say that every member always develops a “personality” or “role” in the band and that contributes to the function (or dysfunction) of the whole. I think most people can agree that there are one or two people who are the creative engines while the others may contribute some ideas. Additionally, there are usually one or two people that are deemed to represent the “public image” of a band.

The “public image” of a band is generally used to express the philosophy, ideas, and personality of a band by way of interviews, public appearances, and the like. They serve to bridge the perceived gap between the fan and the band. When a member who acts as the “public image” of a band no longer aligns him or herself with the philosophy, ideas, or personality of a band, then there will be some dissonance between those identities. In other words, when a member acts on his or her own volition in a public space, while not maintaining the image of the band, that’s when problems within bands occur. That’s also usually when members get kicked out.

Ben said in the interview that one main problem he saw with Greg’s behavior is that it caused fans to assume that the recreational use of drugs is part of the creative process. Obviously, from Ben’s comments, this is not the case (except for COFFEE!). Thus, some dissonance between “public image” and individual personality.

So where does one strike the balance between public image and personal choice and between the collective and the individual? Clearly, each band is going to have different views on this. In many Black Metal bands, shared ideology (whether Satanic or not) is central to the function of the band. For overtly political bands, like Napalm Death, I’m sure this also rings true. Within bands like these, I would imagine each individual has at least some contributions to developing the ethos of a band.

However, it’s not just about ideology or philosophy. Aspects such as the band’s collective personality and work ethic also play hugely important roles. If one member is an incessant drunken asshole or never shows up for practice, that may not fit in with the overall personality or work ethic of a band, respectively.

I think in most instances, an individual member of a band is allowed to express themselves, creatively, socially, or otherwise, just as long as said expression doesn’t violate either the public image, the interrelationships, or the world view of the band. The boundaries of such a violation are, of course, explicitly or implicitly set by the band.