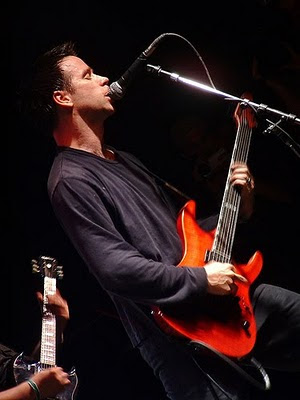 WULF: First, it’s a pleasure talking to you. I’m a big fan of this new album and I’d like to say that my favorite track off this new album is probably “Nietzsche’s Madness”.

WULF: Because not only is it a good song but I like the title and I find the lyrics to be really interesting.

WULF: What would you say is your favorite track on this album, or which track do you feel turned out the best?

WULF: OK, awesome. Are you in South Carolina right now actually, for your tour?

WULF: Right on. You’re on the road right now?

WULF: Which track do you feel was the most difficult to record for “The Infinite Order”, or did you have any trouble recording the album at all?

BRUCE: I don’t feel like any one track was difficult, but one of the last tracks on the record, “Apostasy”, took a bit of work…in its original form it was a lot more straightforward (but) then we got the idea to add some orchestration to it (and) acoustic guitar, and I think it really came out nice but before (inaudible) it had a completely different intro riff and was real straightforward, but now it’s got a lot of different things happening in it and I like it a lot.

WULF: Yeah, if I had to guess I would have said “The Apostasy” just because there’s a lot going on in there (but) that’s interesting, I didn’t know that.

BRUCE: Yeah, we got together with a friend of ours who just does orchestration, that’s all he does (and) he kind of worked on some parts with us.

WULF: Yeah, I actually saw that in the liner notes. What was his name again?

BRUCE: His name is Chris Dauphin.

WULF: Right, right…OK. Yeah, there’s a lot of guests on the album too which I thought was really cool. So as I understand, Living Sacrifice was broken up for a time and unfortunately I’m still a bit unfamiliar with the band so forgive me if this is a dumb question but was it awkward with former bandmates again or were you on good terms with everybody during the split?

BRUCE: We were on great terms! We were all still talking, getting along, all that stuff. There was no problem whatsoever, it was a lot of fun to get back together and start working on stuff.

WULF: Cool, because I was going to say it sounds like it, the album’s great. So what was it like working with producer Jeremiah Scott? He’s in Destroy Destroy Destroy right?

BRUCE: Yeah, he plays guitar for that band, and he’s awesome. He’s a good friend of ours. We’ve been working with him for quite awhile now. He actually recorded some tracks in 2005 for us for like a “best of…” thing that the record label put out. Before that I had worked with him on a record for a band called The Showdown that I was producing and he engineered. He’s developed really really well as a producer and he went above and beyond getting it done. We took part of his studio to Arkansas to record and brought it back up to Nashville. He’s awesome.

WULF: Yeah that’s interesting because when I saw that I was like “wait a second!” because Destroy Destroy Destroy is a little different (of a) band than Living Sacrifice, so I thought that was pretty cool.

BRUCE: Yeah, well he wasn’t super-active in that band when we started working together. I really knew him as an engineer first in his band since they’ve been signed and started doing more and more on that level but they’re a great band… they’re awesome.

WULF: Yeah, I enjoy them for sure. I was a big fan of “Battle Sluts”.
(laughs)
So you guys are on tour right now, how’s the tour going?

BRUCE: It’s going good. We are kind of working it down towards the last week of it but so far it’s been killer. We’re out with War of Ages, Shai Hulud, Lionheart who (are) on Stillborn Records, and another band called The Great Commission. Each date’s been interesting, each date’s been really cool. The fans have been super receptive, and also we’ve been picking up new fans.

WULF: Yeah, well, I’m one of ’em! I’d heard of you guys before but I had never actually checked you out and so when I got this new album I really liked it.

BRUCE: Cool! So this is the first record you’re hearing from us, huh?

WULF: It is, I know you guys have been around for awhile too…it’s kind of embarrassing for me.

BRUCE: Oh dude, understandable. Our labels have been smaller and sometimes our distribution was not always there but (inaudible). Hopefully this record will get out there way, way more than the previous ones, but it’s definitely been a long time, you know? I also don’t know what you were doing 10 years ago.
(laughs)

WULF: Yeah, I wasn’t into metal 10 years ago…10 years ago I was listening to Korn and Limp Bizkit.
(laughs)

BRUCE: As were most people!
(laughs)

WULF: That’s why it’s great to talk to you guys because you guys have been around for a long time, you’re legends in the death metal scene and it was great to see that you guys had gotten back together. But anyway, I digress. What is (personally) your favorite place to play on tour? Do you have a favorite city to play that’s consistently awesome?

BRUCE: Dallas has always been awesome, Minneapolis, Columbus, Ohio, those have all been great markets for us. We like playing at home in Little Rock. I’m in Nashville, Tennessee now and I’m really enjoying playing there as well. We kicked off this tour in Nashville and it was a great show.

WULF: How come you don’t have a Southern accent? (That’s) what I want to know!

BRUCE: (laughs) It comes out every now and then but I think I’m too hoarse to have it right now.

WULF: Oh OK I understand.
(laughs)
My Dad’s from Georgia and he’s got a pretty heavy accent.

BRUCE: Nice! You’re not very close to Atlanta though, are you?

WULF: Well, my Dad’s from Augusta but I’m in Lawrence, Kansas.

WULF: I go down there all the time so I’m pretty familiar with the South. I like Tennessee. I’ve only been to Fayetteville, Arkansas, I haven’t been to Little Rock, but I liked Fayetteville a lot. But anyway, what are Living Sacrifice’s plans for the future? Are you guys planning on putting out another album or maybe a DVD or anything?

BRUCE: We’re definitely going to be working on a new record and that may come out next year, we’ll see. And then (we’re just going to) get out there and play a little bit. We’re not road dogs like we used to (be) as we all have families and stuff like that. We’re friends with a ton of bands just for being around forever and hopefully we’ll be able to get out there and do some stuff.

WULF: OK! Maybe plans for a DVD or anything?

BRUCE: Yeah, yeah! We actually have one that’s in the works. Hopefully that will happen!
(laughs)

WULF: Well I’ve been on a real big “metal DVD” kick lately so I can’t get enough of ’em, I always gotta ask…especially (since I live) in Kansas. You guys actually came through here a little while ago but unfortunately I couldn’t make it, but I wanted to say thank you for coming through this area, not a lot of bands come through here, so it means a lot when bands do make it. Thank you again. Hopefully you guys will come back through here soon, I’ll be able to make it this time. I’m really busy with school and stuff and so it’s kicking my ass.

BRUCE: OK! Absolutely! Next time we come through we’ll try to make that happen.

BRUCE: You know man, I don’t listen to regular black metal otherwise, so I don’t have much of an opinion either way on christian black metal, so… it’s just something I’ve never really gotten into so I’m definitely out of the loop when it comes to that.

WULF: Because you see a lot of debates going on in forums and stuff as far as like…if it can actually exist or you know, that sort of thing, so I didn’t know if you had an opinion or not on the subject.

WULF: OK, that’s cool man. Well finally, my last question before I go. It’s kind of a wild card, but are you guys ever going to go back to the old (hairstyles)?
(laughs) 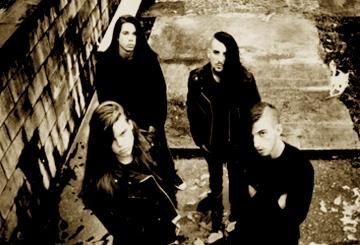 BRUCE: (laughs) Dude, I have no idea.

WULF: It was just kind of a joke question.

BRUCE: Yeah, yeah. I grew my hair out again maybe 5 years ago My hair hasn’t really thinned or anything, it’s just not like it was when I was a teenager or my early 20s, so basically my wife said to me “yeah, it’s not very…cool.”
(laughs)

WULF: I think it’s cool man! But yeah, I’m sure on the road too having long hair is kind of a pain in the ass.

WULF: Well anyway, that’s all the questions I have for you man. Thank you so much, (again,) it’s an honor to talk to you, you guys are legends, so thank you again for taking the time to talk to me.

WULF: Be safe on the road, have a great show tonight. 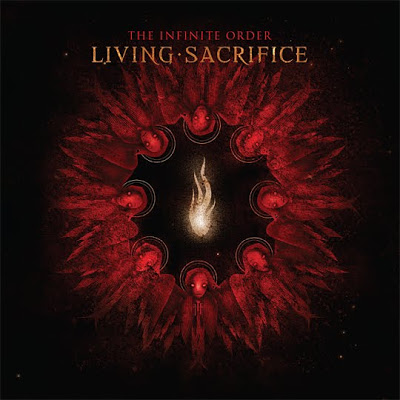