Interview with Erik Danielsson of Watain!! 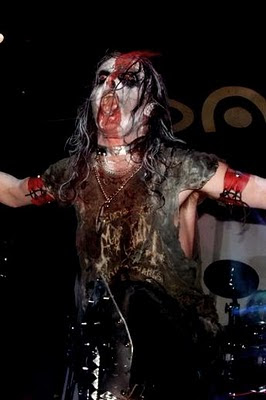 I should preface this post with somewhat of a warning– it’s not a very good interview…at all. While it’s clear that Erik was fucking around with me by being creepy and weird, unfortunately for me I was like a deer in the headlights. Since I’ve never been in this situation before I wasn’t quite sure how to handle it, so this is definitely the weirdest and most awkward interview I’ve ever done. Also, throughout most of the interview there were these strange noises that made Erik sound like he was speaking to me from another dimension…bizarre electronic screeches, white noise, etc.
It’s also difficult to transcribe this interview because it’s a challenge sometimes to make out exactly what Erik is saying, so in order to really do this interview justice I should probably just upload the audio so you all can hear it for yourselves…however, since I’m pretty damn lazy that will probably never happen, so unfortunately you’re going to be stuck with this for now. 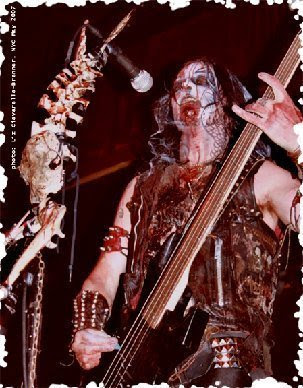 (high-pitched weird noises start)
WULF: Alright, so I’d like to start off by saying your new album is excellent. We were lucky enough to get a digital promo copy via Season of Mist, and when we listened to it we were blown away.

WULF: Yeah. Um…for those who have heard the album on your end how has the reception been so far?

ERIK: They’ve been blown away…

WULF: No? Um…I have a question about “Wolves Curse”, there–

WULF: The samples in “Wolves Curse”, did you record those yourself or did you find them out a film or something?

WULF: The cover art for “Lawless Darkness” reminds me of something out of an H.P. Lovecraft story. As I understand, the art is by Zbigniew Bielak–
(shrill electronic feedback interrupts me)
Is he a personal friend of the band? 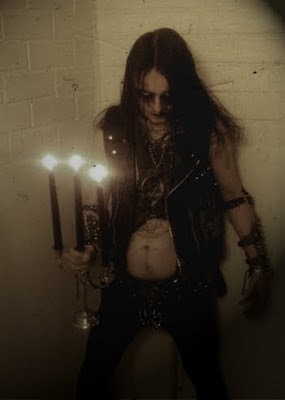 WULF: Is the artist Zbigniew Bielak a personal friend of the band, or did he have any inspirations for his art besides your music?

ERIK: I’m sorry, will you repeat that question?

WULF: I was wondering, since I saw the cover for “Lawless Darkness”–
(more shrill feedback interrupts me)
It reminded me of something out of an H.P. Lovecraft story, so I was wondering if the artist Zbigniew Bielak–

WULF: As I understand it, you’re about to come to America to play Maryland Deathfest, and it looks like you’re going to play a bunch of festivals in Europe.

WULF: Your band is rehearsing?

ERIK: No. Sorry, what’s the question?

WULF: OK, so my next question is, as I understand it, you guys are covered in animal blood when you perform live. I was curious, does this ever call into question any your own health’s safety or anything?

WULF: I mean, do you guys ever get sick from covering yourselves in animal blood?

WULF: I said, do you guys ever get sick from covering yourselves in animal blood or anything? Isn’t that kind of dangerous?

(screeching feedback continues for a bit)

ERIK: Wait a second (Wulf)
(feedback now stops)
…and the band is done. They’re going to rehearse. Wait a second.

WULF: Are you guys in the middle of rehearsing right now?

WULF: (laughs) OK, so I was wondering, since you guys are always covered in blood when you play live, I was wondering is that dangerous or anything to your health?

ERIK: (a pause) Of course. What do you mean?

WULF: I mean, have any of you ever gotten really sick or had to go to the hospital because of it?

ERIK: No. The people that are not of the Devil get sick and go to the hospital all the time. That’s fine, and how it should be.

ERIK: We like it when people go to the hospital…a lot. 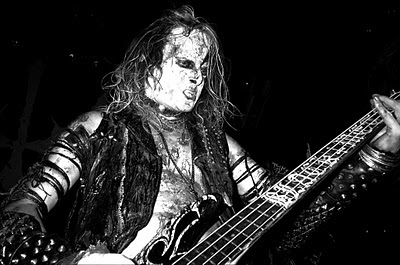 WULF: (laughs) I see. You’ve been doing a lot of touring and have been around now for more than a decade. It’s obvious that you guys have gained quite a reputation as being very prominent in the metal scene as being one of the most extreme black metal bands on Earth. So I was wondering if this will ever be captured in a live DVD of yours or anything?

ERIK: No, fuck DVD’s. I mean, fuck that, you know? I mean, even fuck talking about it because I’m so fucking tired (of talking about it), like, “yeah, we’re these extreme guys”, yeah, so what? You know, let us be that. I don’t like to talk about it, I like to be it, you know? If you please.

ERIK: This is not some sensational shock value band, you can go to Gwar or Dark Funeral for that, you know? Fuck it. That’s not what we’re here for, you know?

WULF: I understand. So earlier I asked you a question and I’m not sure if you heard me or not, but it was about the “Lawless Darkness” album art because it reminds me of something out of an H.P. Lovecraft story.

ERIK: Well I gave you an answer, didn’t you hear it?

WULF: I didn’t hear it very well, no.

ERIK: That’s because what I was trying to say can really not be put into words. I was trying to express it with feedback and noise because that’s pretty much the only thing I can reasonably say about it.

WULF: So that’s what that was all about earlier?

ERIK: Well, this whole interview is about Watain so that’s what all the answers are about as well.

WULF: (laughs) Well, I must say it is by far the most interesting interview I’ve ever done. I haven’t done many, but it’s definitely very interesting so I think you succeeded in that.

ERIK: We succeed in everything, (Wulf). I’m just answering your questions, so you can give yourself a big fat clap on the shoulder.

WULF: Well thanks. That’s pretty much all the questions I had, just right there. 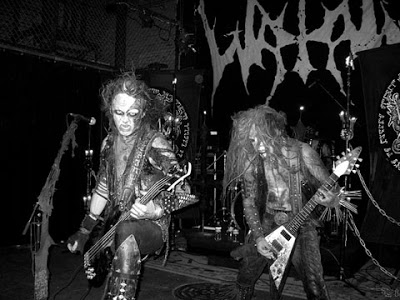 ERIK: Mmm. There you have it. Now you can die a peaceful death, seeing that you’ve got the answer to every question in your life that you ever needed answered.

ERIK: I’m happy for you, (Wulf). I look forward to that day myself.

WULF: (laughs) Hopefully I’ll be seeing you guys sometime when you come on tour if you ever make it out to the Midwest.

WULF: I wait for you.

ERIK: When you least expect it.

WULF: (laughs) Alright, well enjoy the Maryland Deathfest and best of luck to you all on the road.

WULF: (laughs) Thanks. Have a wonderful (time with) the rest of rehearsing, and enjoy the rest of your day.

WULF: Thank you. All of my love to you as well. 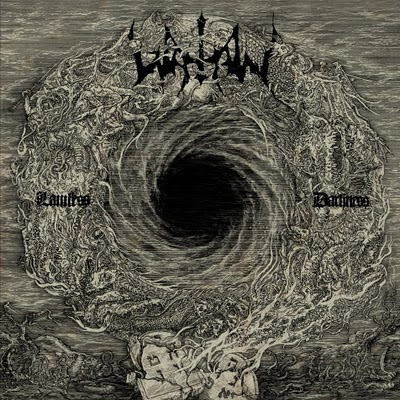