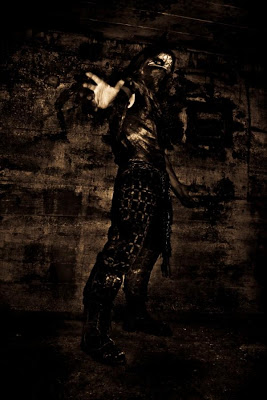 Interview conducted via PM on the metal-archives.com forum, July 2011.
http://www.myspace.com/nephrolithband/

WULF: Congratulations on the successful execution of your new album, “Xullux”. I definitely enjoyed listening to this album, especially from a promising new band from Slovenia! How has the reception been for this album so far? What were you aiming to accomplish with “Xullux”? Do you feel like you successfully completed these goals?

ISVAROTH: Xullux was reviewed by webzines all over the globe and it got some fine critics, so I think we are quite satisfied and we’ve broken the ice somehow and from this point on we are going forward and aiming even higher.

WULF: Would you care to talk about the lyrical themes on “Xullux” and the meaning behind this name? Your Myspace describes “Xullux” as an “infinite ignorance and evil light” that covers the essence within humanity. Would you care to elaborate on this more specifically? It’s funny, for black metal I found some of the lyrics to surprisingly have a positive, self-empowering message, especially on the title track. Is this an accurate interpretation, or am I way off the mark?

ISVAROTH: Well, Xullux is combined from 2 words: Xul Sumerian word for evil and Lux Latin for light and the words are the reflection of one another. The title connects with the lyrics that individually connect in the same point being how we are spiritually incapable and how the material world corrupts us. The idea of the light being the main antagonist because it enables us to see the material world while it suppresses the soul. That is the core of humanity’s ignorance that is never-ending. Yes, your interpretation is quite correct. The lyrics try to encourage people to find the might within themselves, in their souls or through death. I think this as positive as any other Satanic message from other black metal acts. 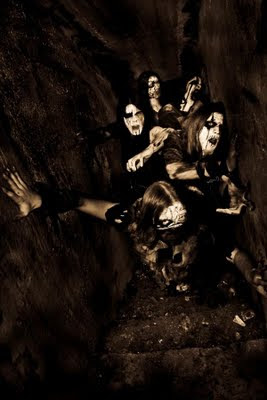 WULF: Your album is surprisingly high-quality for a young, new black metal band. I was definitely expecting demo-quality, bedroom black metal type stuff. Did you record the album yourselves? What was this process like, and how long has this album been in the making?

ISVAROTH: We said we’ll try to mix that kind of quality into our music, because there is not much black metal bands that have that. We went into Dyz Sonic Temple studio on February 2010 and we recorded all the instruments including the vocals in three months. We were quite fast because we have recorded almost every day. So, the album was mastered and mixed in June 2010 and we were really glad that all happened so fast.

WULF: Honestly, besides Metal Camp I don’t really know much about the Slovenian metal scene. What is it like there, at least in your region of the country? Is there an exploding scene, or is it still growing?

ISVAROTH: Slovenia is really a small country but I must admit we have quite a high number of concerts here. There are a lot of local gigs with Slovenian bands for about 50-100 people, and foreign bands, which also play in clubs for about 50-100 people. Then there are bigger metal concerts where the numbers revolve around at least 500 people. But like I said, we are small (population 2mio) and 100-200 people per gig is really good for a standard concert. Metal Camp is of course the highlight of our metal scene. 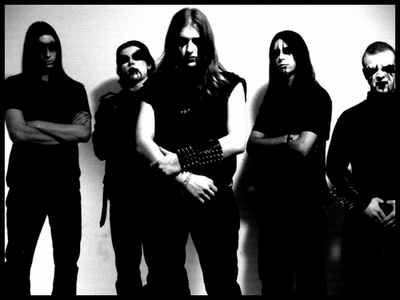 WULF: I find the album cover to be very well-drawn and intriguing. If I’m not mistaken, the art was designed with help by Simon D from the Slovenian black metal band Bleeding Fist. What role did he play exactly in creating this album art? To me, it looks like the rotting corpse of the Virgin Mary breastfeeding an infant Jesus. Is this meant to be a statement towards Christianity specifically, or organized religion in general? At any rate, it definitely grabs your attention!

ISVAROTH: That’s right, the cover was made by Simon D., the bass player of blasphemous Bleeding fist. We are friends with them and Simon offered himself he could make us a fine cover and we said yes, why not. As you noticed, that is an undead Mary with a baby Jesus. He is representing the humanity that sucks the hypocrisy and ignorance out of the breasts of material world. One of the main culprits for this cause is of course organized religion.

WULF: This is something I’m always curious about…so much of the time, modern metal bands talk about video games, movies, and other music, but I’m always curious as to what people are reading and the role, if any, these books play in a band’s lyrical themes or overall philosophies. Is there any specific literature or writer that plays a strong role in Nephrolith’s music? 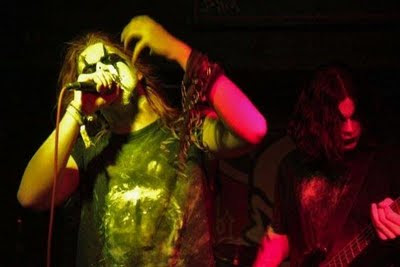 ISVAROTH: I’m sorry to disappoint you, but our vocalist and lyricist Nerthag, as far as I know, idolizes no writers or tries to follow no specific ideologies or philosophies. The lyrics are just from self-experience and his view of this world.

WULF: You’re a band that performs live. Have you only played in Slovenia, or have you toured Europe and/or elsewhere? Are there any future plans for spreading your live pestilence to North America?

ISVAROTH: Yes, we’ve played only in Slovenia, over 25 gigs in 2 years and still counting. We would love to go beyond our borders, but it’s not that easy. If we get any chance to play in the US, we would love to, because I know there are a lot of crazy mofos out there that have yet to hear our music. Maybe someday we’ll come overseas to cleanse you all! >:]

WULF: I hate to take the focus away from Nephrolith, but as someone who is ignorant towards much of what’s going on in the Slovenian metal scene, would you care to recommend any Slovenian metal bands that are similar to your style or friends of the band that would be worth checking out?

ISVAROTH: There are no bands that are similar to us. But we have some fine black metal bands like Somrak, Grimoir, Krvnik/Vinternatt, Bleeding fist and so on.

WULF: Thank you for taking the time to do this interview! Any final words or comments?

ISVAROTH: Thanks to you for this interview and to all the people who’ll read this! 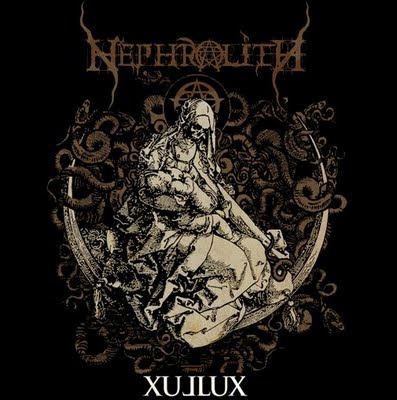