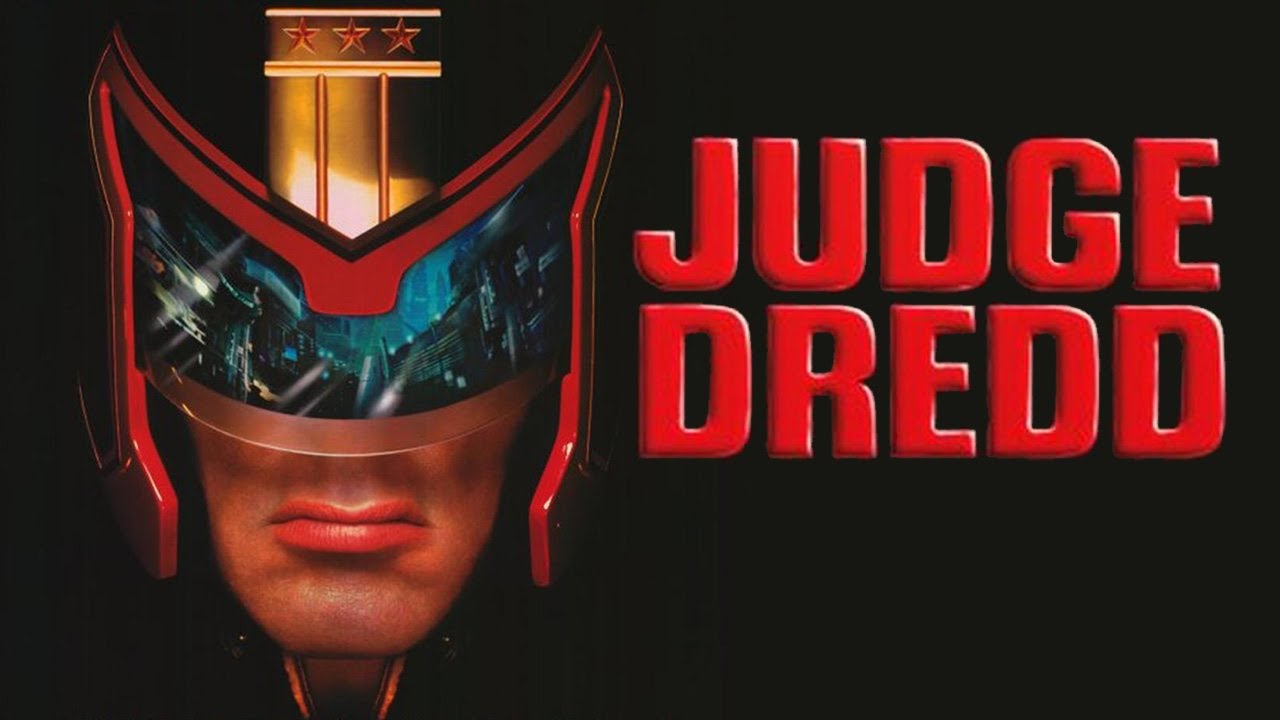 Phew, 2016! I mean, right?! Listen, bad shit happens all of the time, every year. I think people are making a bigger deal about 2016 than is really necessary or justified. Some people really just like posting on Facebook when celebrities die or when shitheads get elected to be leaders because they (the FB posters) like the attention and validation. However, I will say that I am more than moderately disconcerted with the general direction the world seems to be going. The international zeitgeist seems to have taken a hard pendulum swing the right, towards nationalism, isolationism, and populism, and that’s more than a little unsettling. But, hey – at least we’ll get some good punk and metal music out of it!

On a personal level, 2016 was not that bad at all. I can’t say that I’m living nearly as exciting of a life as I did from 2011-2014 (and also from 2008-2009), but I am now 75% of the way done with my Masters program. I also presented at my first conference. I had amazing trips to San Francisco, New York, Chicago, and Minneapolis. And if everything goes as planned, I’m going to have a pretty awesome job starting in August 2017.

As I mentioned in my Top 10 list of 2015, I’ve noticed that my taste in metal has really become more specific. I used to listen to and enjoy everything (well, nearly everything), but now I seem to focus most of my time with punk-infused metal, whether it be grindcore, powerviolence, or noisecore. I also still log hours listening to skronky black metal, skronky death metal, stoner metal, and some experimental shit. Perhaps my tastes have just been refined as I’ve gotten older.

I found this band and album around the same time that I had Tiny Moving Parts’ newest album Celebrate on heavy rotation. Both bands do an excellent job of balancing technical, major-key guitar playing without entirely delving into “cheese territory” (although, that is purely subjective as I can vividly imagine someone calling both bands and albums unspeakably cheesy). Napoleon combines melodic metalcore/easycore with djent to create an unusually happy (musically speaking, at least) concoction.

Admittedly, I can’t say that I’ve been listening to too much death metal over the last couple of years, especially anything too technical or progressive. Fallujah may be the lone exception. I first heard Fallujah after they came out with their 2013 EP Nomad, and I was just blown away by how they melded melodic, atmospheric leggato guitar lines with brutally heavy riffing. As a result, there is a sort of transcendental, ephemeral nature to their music that is counterbalanced with brutal viscera. Not many bands can, or even attempt to, strike that balance successfully. Dreamless is Fallujah at the top of their game.

8. Once Love Was Lost, Vorvan

These guys came out of nowhere, but I’m surprised they didn’t get much attention. Vorvan writes great, catchy songs that often sound like what would happen if High on Fire and Converge had a child, but they’re also not afraid to slow things down and get a little sludgy. Super underrated!

It was impossible for me to leave out one of these albums from my Top 10, so now my Top 10 has 11 albums. Deal with it!

Dungeon Bastards is without a doubt the funnest album on my list, and also the funnest live show I saw this year (I saw them twice), replete with costumes, characters, and various fluids. Their combination of death metal and Anthrax-inspired-crossover thrash is incredibly infectious.

Apology was the first time I really understood Weekend Nachos. It’s taken me a while to become more appreciative of heavy music that is not complex, and Weekend Nachos fits into that category. Many of their songs are just glorified punk songs, but their nihilism and misanthropy (and sheer heaviness), make this an excellent swansong.

The Reigning Lords of Orthodox Satanic Black Metal surprised us all by 1. “announcing” their album by creating a page for it on Bandcamp, and 2. digitally releasing their album on Bandcamp almost a week in advance. Synarchy… is by far Deathspell’s most extreme album. There aren’t any slow burners like there are on Paracletus. There are no long dark ambient parts like there are on Fast-Ite, Maledicti, in Ignem Aeternum. Synarchy… is pure, unadulterated chaos, which shows that Deathspell Omega are STILL the Reigning Lords of Orthodox Satanic Black Metal.

Up until this album, Wormrot was just another grindcore band, in my humble opinion. So much grindcore is predicated on oversimplified anger and playing as fast as possible that emotional nuance is totally lost in the mix (which I would concede is often the point of grindcore, and a lot of metal in general: cathartically releasing negative energy). However, Voices shows great emotional depth, not unlike Jon Chang’s former projects, Gridlink and Discordance Axis – and by the sound of it, Chang’s projects were a huge influence on Wormrot this time around. Specifically, guitarist Rasyid uses many of the same stacked chords that guitarists in Chang’s projects did. Furthermore, vocalist Arif writes personal, emotional lyrics. Although his lyrics are much less abstract and poetic than Chang’s, emotionally-driven lyrics in grindcore are still somewhat of a rarity.

The Dillinger Escape Plan has been one of my favorite bands since 2000, and forces have constantly conspired against me when it comes to seeing them live. From being out of the country to simply having my parents not allow me to drive to Kansas City by myself when I was 16. Once I heard that they were calling it quits, I lamented the fact that I would never see them live…UNTIL they scheduled a stop here on their tour. While I was aware that their live shows are not as chaotic as they were 10 years ago, they still put on one of the most entertaining and physically demanding shows I’ve ever seen. No one could have punched the smile off of my face when I finally saw them perform in person.

In my point of view, Dissociation is the culmination of Dillinger’s 20 years of aural chaos. There is everything from the unbridled madness their early work with songs like “Honeysuckle”, to a purely electronic song with “Fugue”, to what could easily be a Radiohead song, replete with unsettling strings and electronic noises, with “Dissociation”. Guitarist and founding member Ben Weinman has always said that they play by their own rules and they never limit themselves in terms of sounds they want to explore, and Dissociation displays that perfectly.

There were three releases in 2016 that I thought owed a huge debt to Ved Buens Ende: Memento Collider, by Virus, Jedva Čekam Da Nikad Ne Umremm, by Pogavranjen, and Värähtelijä, by Oranssi Pazuzu – all experimental, twangy, and black metal in only the loosest of terms. In my opinion, experimental music – metal or otherwise – walks a thin red line between two broad possible results. The first is experimental music that is experimental for the sake of experimentation – it’s pompous and pretentious and falls flat on an emotional and/or even mental level. The other possibility is when experimental music is sincere and evocative. I’d place Värähtelijä firmly in the latter category. Oranssi Pazuzu have really hit their stride with this album by combining black metal, krautrock, and psychedelic rock. I hope that they continue down this path!

1. You Will Never Be One of Us, Nails

Nails became possibly the biggest internet metal meme of 2016 with the title of their newest album, which to most people indicated an absurd level of scene elitism and self-importance. However, in my opinion, that elitism and self-importance is justified because Nails is just that good, and I would argue that the preponderance of Nails memes over other bands is at least partly due to their popularity.

Although their collective work is relatively short, Nails combination of grindcore, hardcore, and powerviolence is immediately recognizable. I think Kurt Ballou did a good job making Nails capturing their sound. The only thing I would criticize is that I wish Todd’s vocals were still a maniacal yelp and not a tough guy bark.

With song titles like “Violence is Forever” and “Life is a Death Sentence”, You Will Never… is one of the most nihilistic and vitriolic albums of the year, and by far the metal album I listened to the most this year.

Now, if they could only write longer albums!

Best weirdo death metal album of the year, bar none.

Torch of Our Final Night, Woman Is The Earth

Most underrated black metal album of the year, bar none.

Best grindcore album besides the new Nails and Wormrot albums, bar none.

Best album that reminded me of NWOSDM-influenced early 2000s metalcore bands, but maybe with more black metal thrown in, bar none.

Best female-fronted post-black metal album of the year, bar none.

The most underrated grindcore album of the year, bar none.

Best doom metal album of the year, bar none.

Best weirdo black metal album of the year, bar none.

Best noisecore/black metal album of the year, bar none.

Best one-man black metal album of the year, bar none.

Best melodic d-beat/crust album of the year, bar none.

Best blackgaze album of the year, bar none.

Below are non-metal albums that I particularly enjoyed in 2016. They are in no specific order, though Standards by Into It. Over It. was definitely my favorite non-metal album overall!

There Is No Right Time, Youandewan

Too Many Voices, Andy Stott

Standards, Into It. Over It.

No Beer, No Dad, Blowout

Abendrot, You Blew It!

Golden Sings That Have Been Sung, Ryley Walker